At the Eurovision Song Contest 2017 he sang “Amar pelos dois”, winning over Europe with his tale of “love for two”.

And all the while Salvador Sobral knew exactly what he was talking about, as he was involved in a long-term relationship with girlfriend  — the French actress Jenna Thiam.

Well today we were pleased to confirm that his girlfriend is now his wife, as Salvador and Jenna tied the knot on December 29th. That was just one day after he turned 29. Talk about a gift that will keep on giving!

As Portuguese publication Impala reported, the pair wed in Praça do Braço de Prata, a former factory that is now an alternative cultural centre.

According to Impala, the wedding was celebrated in both Portuguese and French to honour both sides of their union.

Jenna, who is a year younger than Salvador, was also born in December. Born in Brussels, she modelled as a teenager before giving it up to pursue acting full-time.

According to Grazia, she turned down a role in Pirates of the Caribbean: Dead Men Tell No Tales, so that she could finish her acting degree at the National Conservatory of Dramatic Arts of Paris.

During Eurovision 2017, Jenna was seen supporting Salvador on-the-ground in Kyiv. She was with him prior to his heart troubles, and stayed with him through the difficult and uncertain period of his transplant. Having already survived that mammoth ordeal — and his celebrity post-Eurovision — it seems their romance really will stand the test of time. Eurovision Memories: A fan recounts Ireland’s highs and lows from 2003 to 2009 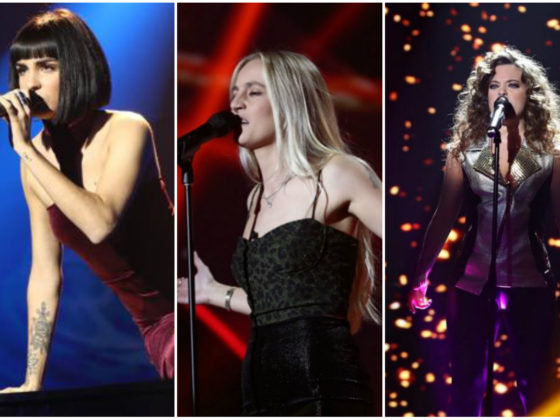 Poor of her to have to stand this egotistical man

Poor you, who does not know what love is. And besides, Salvador is the least egoistical person. Contrary to you, who are centrred on cheap techno beat and call that music.

Jenna has been working with Salvador in the past year too. She directed the exquisite video of “Cerca del mar” (link: https://youtu.be/Flk4kICNpVo ) and authored the lyrics of a French song (“La souflesse”: https://www.facebook.com/salvadorsobralmusic/videos/vb.1484043168535214/324902195021816/?type=2&theater ), which will be released in his upcoming album. They make a beautiful team.

i want an Indian wedding just like Nick and Priyanka

How can they have an indian wedding if none of them are Indian? I don’t think Salvador would enjoy the attention and glamour if it! He is a low key guy!

did he had fast food music at his weeding or not

Some videos of the wedding show that he sang on piano Amar pelos dois; also played with Luisa “Só um beijo” a beautiful new song of Luisa and Salvador . There was also some jazz music played by his friends….what a beautiful wedding it must have been

Of course not, because it is not your cheap wedding, if you ever would be so lucky

I remember her from “Les Revenants”, she’s so beautiful. I didn’t know they were a couple. They’ve been through a lot in the last few years, I hope they can now live a very calm and fulfilling marriage.

Sabrina Lia, is that you?

Ah I recognise her from a really good French TV series! Can’t believe I didn’t realise it was her in Kyiv! Congrats to them both

After surgery, his sexual appetite is insatiable. One woman will not be enough for him.

he is a stallion
Reply to  corsica

You can downvote as much as you like, but the truth is that Salvador is insatiable in the bedroom.

Rose
Reply to  he is a stallion

Why would you say that of all things?

Mariposa
Reply to  he is a stallion

How do you know, what he’s like in the bedroom??

As he said many times, he doesnt’ like fast food.

Congrats! I’m super happy for them and wish them the best <3

Hope she can handle it

You mean handle being in love with a beatiful human being? You whish you were so lucky, mate

Gorgeous lady looks like a princess. Congratulations to both, i wish them all the best x

That’s amazing. So, it seems that his heart doesn’t have to amar pelos dois anymore…

Huge congratulations to Salvador and his wife. Wish them all the best. <3 But William, in the first sentence it says he won Eurovision in 2019, you might want to correct this. 😀

How beautiful 2018 was for Salvador! Probably the best year of his life.
I’m so happy for them! Congratulations!

Congrats to Salvador and Jenna! All the best for them!

Congrats! All the best to both of them. Amar Pelos Dois.