Victoria’s Secret Angels are known for their wings.

And at Croatia’s first rehearsal at Eurovision 2019, Roko Blazevic channeled the spirit of Gigi Hadid in an angelic performance.

Heavy on the wings, the performance starts with two angels dropping from the sky, as Roko emotes facially in an all-white look.

He begins lying on the LED floor, like a fallen angel, but once he stands up at the first chorus he gains golden wings.

The screens begins dark, moody and devoid of hope.

Then they transition to clouds, as Roko’s backing dancers lift him up, with the LEDs alluding to the heavens above (hey Montenegro!), but whether this performance overall rose high enough to win doubters remains in question.

Roko sounds fantastic, and Croatia has a strong concept, the question here is how much cheese people can stomach.

If you’re all for fondue and could swim in brie, this is the performance for you. But if you’re lactose intolerant you’re going to struggle.

He dreams of love…. it’s @rokoblazevic_official and here are some photos from his first rehearsal ?? #wiwibloggs #eurovision2019 #daretodream #myheritage Credit: Thomas Hanses

Roko — “The Dream”: Reviews and Reactions I like how the wings are gold instead of white now at least. It’s better than just having an all-white ballad outfit.

Everyone: he should get rid of the wings.
Croatia: adds two back dancers with extra wings.

I predicted some time ago that Jacques would be singing back vocals and overshadowing Roko’s voice.

Whose campy dream is this? Liberace’s?

If none of us are getting it, and they need to keep explaining, then clearly it’s not working.

The song and wings are AWFUL, but damn this boy can sing! I feel bad for him, but maybe his singing abilities will save him from an almost certain NQ?

He can really sing for sure, it’s just nothing else fits. How Croatia got to this point is beyond me. There’s a clear consensus amongst fans that the styling is way off, and instead of taking note they literally double down on the criticism and throw two more sets of costume wings.

There are certainly 10 other songs in this semi that should go ahead of Croatia’s entry this year.

So they thought adding two “sexy” angels would be enough to save this? Lol
I already have the biggest crush on Roko so those men in the background do nothing to me 😛
BURN THE FREAKING WINGS, they’re tacky and cringy, I’m sure there are less literal ways to portrait angels on stage

Yummy, 3 hot men in wigs ^^ No, really, they look absolutely gorgeous, don’t they? 😀 Polegend would say: “like a snack” 😀

The positive things are that they now have a narrative and the power in Roko’s voice is something to remember (though he still hurt my ears). The negative… well, everything else. But William has a point: there’s an audience for that. Sadly, I still won’t count it out.

The wings were Jacques’ decision. He defended the wings by saying that “the people who voted for Roko on Dora 2019 also voted for wings.” Also, he is known for his massive ego.

Move Roko to one side, and give me three minutes of looking at the backing dancers.

That boy can SING!
Having said that, I’d rather go on his YT channel and hear him slay Sergey’s song rather than singing this monstrosity.

Are you sure Croatia won’t qualify? Jacques Houdek made use of a similar approach two years ago and it did work.

I am from Croatia and this song and performance are an absolute embarrassment! It has nothing to do with Croatian music scene. It only servers to satisfy the megalomaniac character of it’s composer: Jacques Houdek.

Yeah, we should have picked Lorena or Jure if you ask me.

Macedonia was terrible at staging, and then Croatia came..

You are not funny at all

Roko is amazzzzzzing! A bit too sweet staging for my taste, but his vocal and storyline is perfection. Excellent job! Definetly among Q in Semi 2!

Well at least someone likes it. 😀

All those who defended this before the rehearsals right now: 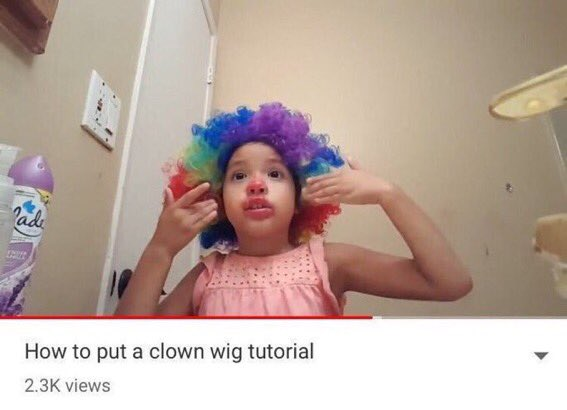 Well everyone knows that I watch this for one reason. But enough about Endi…
I feel a little bit sorry for Roko here. He has impressed me as a singer and musician. With more tasteful staging, he could have done very well. But this? Sorry, it’s a no.

I am in the awe of how over-the-top this is. It’s a no from me as well, but who knows… maybe we do qualify? At least it’s memorable, which is more than I can say for Latvia or Lithuania. On the other hand, their songs are less cringy.

On the other hand, beautiful topless male angels doing ballet is definitely a “dream of love”, so perhaps that’s what the song is actually about? 😛
(It would also explain the song’s drama, since this is what the dreamer can’t have.)

Sure, fantasize over shirtless dancers, why not. It’s not like the act goes anywhere deeper than that anyway. Even Moldova does a classier trick to cover-up their weaknesses. Croatia just embraces them. I can already see news headlines about how ”the show is corrupt” and how ”nobody appreciates us”. Well, we had good songs three years in a row, can’t go on forever…

You can be memorable without making fool of yourself, hint- Australia 🙂

It’s like comparing The Godfather and The Room. It takes a lot of finesse to stand out in a good way.

He looks like a little boy trying to wear something that’s to big for him! He looks so uncomfortable..

It looks terrible, the voice is good.

Same as Australia: did you say my staging was cheesy and tacky? Let’s double it!

I wouldn’t rule it out completely cause voters have shown more than once they can embrace a circus on stage.

Oh no xD this looks like a joke ^^ anyway, good luck Croatia

I can’t defend this anymore.

Croatia always manages to bring the cringe. If not in song, then in staging.
You can do better. Poor Roko.

here it’s BOTH in the song and in the staging

No comment. Houdek, leave this boy alone and take your cringe wings with you!

Well, at least we do now know what are going to be the stage trends at Europe’s gay clubs this year.
Kinky boots and wings.

Ps: I’m not trying to be offensive, I know people who works, and loves to, in gay clubs.

Love it or hate it – This will be memorable! The question remains on whether Croatia or Moldova will dazzle more with their staging in order to elevate the not-so-popular ballad.

Whatever shade people throw at Croatia, you gotta admit: This is one the reasons we love Eurovision! It’s just so over the top 😀 I laugh at it and I love it at the same time. The memorability of this act combined with Roko’s amazing vocals makes me think this has actually decent chances of qualifying.

This performance is going to be popular on twitter and tumblr, i cannot wait for all the memes xD

This isn’t qualifying, is it? The handsome dancers won’t be enough bait to swallow this crap, right? I’m actually worried now it will qualify. Shameless Houdek knows how to appeal to the gaylords.