As national final season progresses, Latvia‘s broadcaster LTV has been hard at work behind the scenes. The broadcaster has confirmed that the 126 entries submitted to Supernova 2020 have been whittled down to a shortlist of just 28 songs.

Entries for the 2020 edition of Supernova closed in late November. Since then, the broadcaster checked that the entries complied with the competition rules. Next, an expert jury listened to all 128 entries.

The panel of Latvian music industry professionals heard the songs without knowing anything about the singers or songwriters. They then selected 28 songs which will go on to the next selection stage.

These 28 songs will face a further selection process which will take place early next week. LTV says that fans will be able to listen to the competing songs when they are released on the Supernova YouTube channel in January.

Will Supernova 2020 have semi-finals?

LTV has not confirmed how many songs will end up being selected for Supernova 2020 — or indeed what format the upcoming national final will take.

Unlike an exploding stellar supernova, the namesake national final has been contracting over the years.

For the upcoming edition, LTV has so far only confirmed the grand final date, leading fans to speculate that the Supernova 2020 will have just a grand final and no semi-finals.

However, the broadcaster may involve the public in the selection of the semi-finalists, with some sort of online system. This hearkens back to the Supernova 2018 People’s Jury which helped decide the acts selected to compete in the semi-finals.

In October, Supernova producer Ilze Jansone said, “At the moment we still can’t officially reveal how the finalists will be selected, but we know for sure that the final of the competition will be live on February 8.”

LTV has used Supernova for the previous five years, but the show has brought Latvia mixed fortunes.

What do you think? Should Supernova 2020 have semi-finals? Or should the jury panel internally select the finalists? Tell us your thoughts below! 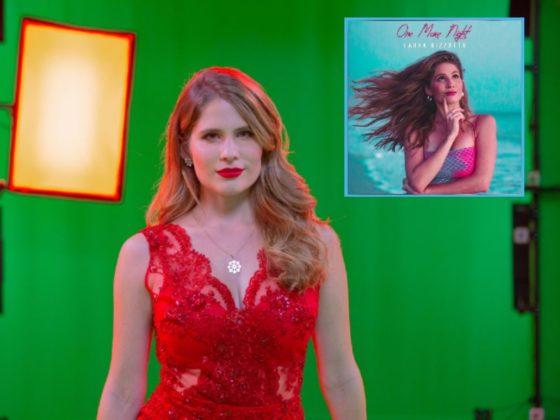 “One More Night”: Laura Rizzotto relaunches as a hologram on the Metastage app for her new single

I would like to see Sudden Lights representing Latvia

Ideal option would be if these 28 would be released online for voting and the combination of online voting and professional jury decides between 8 and 12 songs which get to participate in a single finals. Engaging, but still budget restrained. Would be a smart move.

I wish them the best and hope they will qualify. I often liked their entries and Carousel was one of my favourite songs last year. I knew it wouldn’t qualify but it is still one of the songs I listened to the most from last year. Can’t wait to hear what’s in store for Latvia in 2020!

Well Laura and Carousel weren’t bad, but it was quite obvious that they weren’t gonna qualify. Triana Park was robbed of final. So tbh I quite enjoy Latvia since 2015. 3 top ten (2015,16,17) and two enjoyable entries(2018,2019) . Hoping for Markus Riva though( I’m one of the rare ones who enjoy his music (his vocals is not the best I’ll give you that though). And I noticed Aminata late songwriter efforts were not good at all, wonder what happened, because her music is quite good.

I am not from Kazakhstan
Reply to  Erasmus

Aminata wrote a song for Samanta Tina – it is called I’m Still Breathing and it is 3 minutes long, so I am sure it will either enter Supernova, or Lithuanian selection (Samanta Tina lives in Vilnius and Riga, as she is quite popular in Lithuania and has concerts and other stuff to do quite often)

I actually love all of the Latvian entries since 2015, especially the timeless Love Injected of Aminata. Yes, their results most of the time were not that good but I think the problem is not song quality. Imho, they should work on their staging since it has been their evident waterloo in the past. They have to craft effective presentations that will complement their entries. With that being said, I am more than excited for what Latvia has in store next year. All the love from the Philippines! ??

yes, same i hope they can up their game again

28 to 126… Now I’m wondering whether it’s the jury being a bit harsh or the quality of the submissions being… not so good.

I mean the final will be made up of 8 to 16 songs (I guess). That kinda whittling down will have to happen sooner or later.

That’s quite standard for Melodifestivalen, and SVT reportedly is extremely strict with their screening process for their submitted songs.

I am not from Kazakhstan
Reply to  Skiwalko