Following the cancellation of Eurovision 2020, Europe’s broadcasters now have three big slots to fill: the evenings of May 12, 14 and 16, which would have been the semi-finals and grand final of the song contest. So what will host country The Netherlands do?

Well look no further than the official tariff card — which shows how much advertising costs at a specific time and during a specific programme. The provisional NPO broadcasting schedule shows that Dutch broadcaster AVROTROS will fill its Eurovision slots with its own programming, except from the Saturday grand final slot.

For the most part, AVROTROS seems to have decided to stick with their normal broadcasting schedule as if Eurovision were not to take place. But there are a few exceptions. It will start its Eurovision programming on Sunday 9 May with the broadcast of Eurovision 1975, which was the last contest the Netherlands won before 2019.

Eurovision commentator and Eurovision 2020 Creative Advisor Cornald Maas wrote and shot a documentary about the Netherlands’ road to success at Eurovision. De weg naar de winst (The Road to Victory) explores why it took the country over forty years to win the song contest again. The documentary was originally scheduled for a different date and time, but has now been given a prime time slot.

On the night of what would have been the second Eurovision semi-final, fans of the contest will not be able to see shows related to Eurovision. Instead, AVROTROS will broadcast its typical Thursday programmes, including DNA Onbekend and Nick, Simon & Kees: Homeward Bound.

From 20:30 until 21:30 local time, AVROTROS will broadcast its own programming. They plan to re-broadcast their 2019 Eurovision special of De Beste Zangers — the popular show where Dutch singers perform other people’s songs. You’ll see Glennis Grace cover Loreen’s “Euphoria” and Jan Smit and OG3NE will tackle ABBA’s “Waterloo.”

After this broadcast, the remaining time will be filled by the BNNVARA comedy programme Even Tot Hier.

While Germany’s broadcaster ARD hinted at the EBU preparing special broadcasts to take place when Eurovision should have happened, several European broadcasters have decided to come up with their own programming.

The BBC has revealed that it will air a special show honouring both Eurovision classics as well as this year’s entries.

What do you make of AVROTROS broadcasting plans? Are you excited to see Cornald Maas’ documentary De weg naar de winst? Let us know in the comments below! 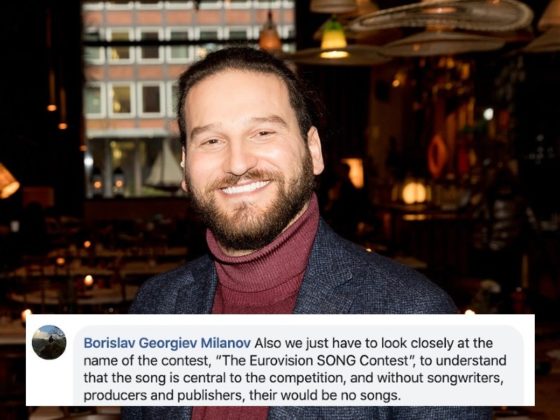 They just had to postpone the ESC to september or october,why cancel!!

I don’t understand why so many people wants from ebu to broadcast some kind of video show on tv when you can LITERALLY watch all 41 entries on youtube anytime.

Not everybody has Internet connection.

I’m confused. If the EBU is preparing something, why do broadcasters fill the time with other stuff? There is a special thing going on when Europe+ are watching the same broadcast at the same time. Now several broadcasters seems to just broadcast anything. And we know nothing about EBU’s show. If several counties will air something else, they will spoil the attempt

My guess has always been the EBU programming will not take place on the 16th May, I believe it said later this year as well… I can see the EBU’s programming being a live event once its possible to do so where all participants are invited to perform their entries… Maybe Eurovision in Concert style.

They never said when it would be but seeing how they treat it as a replacement most people just assumed it would be the same day. Broadcasters need to fil three hours with something

Honestly, I am interested in the documentary, even though I don’t understand a lick of Dutch. Like the other comments so far, the whole programming debacle is sad (not necessarily this one though).

In some weird fantastical way, I’m hoping that James Corden would be the one to properly honour this year’s entries, but at this point I’m grasping at straws lmao.

Don’t have a good feeling about this!
All there is left for EBU to show are the music videos and those can be watched any time. 3 hours of that seems meh. Maybe if we could vote on them fine but since we can’t..

There’s OG3NE in the picture. <3
I don't think it matters what anyone airs in May, there is no saving this. The music videos can be watched anytime on YouTube and that's all there is left without any show. I don't think there is a satisfactory replacement for the shows after they got cancelled completely and the EBU didn't communicate well with the broadcasters.

My thoughts about this: WHAT THE HECK !?
I thought that the TV stations in Europe would do some sort of show to honor the ESC 2020 acts + songs and broadcast “that show” in every country ……….but now it seems to me that every country is cooking their own soup.

The problem here is that a broadcaster has to agree to produce something for EBU. With what is happening right now in most countries I can’t see how a broadcaster could do it… So I guess broadcasters have to find their own solution right now as they have to fill in their programme. It’s not like they can do it the week before. Now if the EBU comes with something good some might decide to change their plans. But without any sign from EBU, they have to go on alone.

At least they could have made something special.

With the restrictions following the crisis, it’s not easy to do something special. That sounds like an easy solution, but I fear they are not many options left. In France, The Voice is currently airing and they decided to reduce the duration of the prerecorded shows (the battles right now) to have more of them at the end so the live shows will start later than expected in hope they will be able to make them if the situation goes better.

I do not feel compelled to watch any of this.