Four more acts will compete in the third semi-final of Norway’s Melodi Grand Prix 2021 on Saturday 30 January. That also means it’s time for another pre-qualified finalist to showcase their entry. Next up is MGP newcomer Kaja Rode, whose track “Feel Again” dropped just after midnight local time on Friday 29 January.

Kaja Rode will debut “Feel Again” live during the third semi-final of MGP 2021. The singer from Oslo will showcase her track as a prequalified finalist, without needing to compete alongside the other acts.

Kaja Rode is a 22-year-old singer from Oslo, Norway. Fans may recognise her from her appearance on season four of The Voice in 2017, when all of the judges turned around for her in the blind audition. Now, she is ready to develop her music career with MGP.

Kaja told NRK that she got very emotional when she found out that she would be appearing at MGP 2021:

“I had to cry a little. It was so overwhelming, but it was very fun.”

Kaja’s musical influences include pop superstars like Sia, John Legend and Sam Smith. As well, away from her music career, Kaja is a student at BI Norwegian Business School in Norway, where she studies retail management.

The winner of Saturday’s semi-final will advance to the final where they will compete against Kaja Rode amongst others to represent Norway at Eurovision 2021. Currently, the MGP 2021 final lineup looks like this:

Also, the acts who don’t progress through Saturday’s semi-final will have another chance to reach the final in the second chance round on Monday 15 February, where one more act will make it through.

What do you think of “Feel Again”? How does it weigh up against the other MGP finalists? Let us know in the comments below. 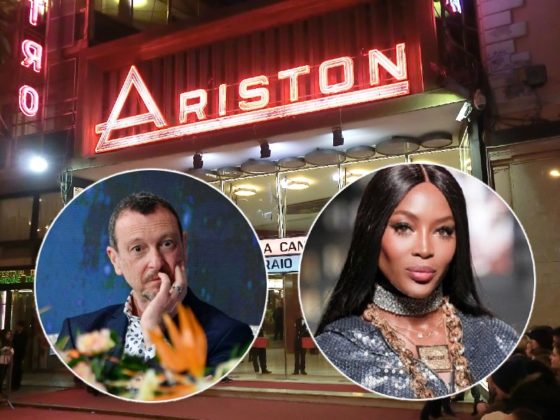 Norway’s TIX at Eurovision 2021: “The contest encourages you to be extra”

I feel that this song is better when heared live. I guess they needed a ballad for the finals that’s why they chose her.

But for me as of now, the qualifiers and prequalifiers from semi final 1 and 2 are better than this song.
Hopefully the staging would elevate this and she can hit those notes.

Me too. Always the same “over the top”-song, Houston and Carey-wannabe, meanwhile from almost every country,meh….
Next please.

I love the instrumentalisation! Sure, it’s nothing new, but well produced and with a great climax in the end. Give her an elegant yet vulnerable staging and I’m completely fine…

Much better songs need to qualify for the final. Much better than this one. I am disappointed. Still enjoying my Eurovision.

Decent song but it’s far from being a direct finalist imo…
Vocaly pleasant (it’s a studio version tho) but instrumental is very “been there done that” kind.
I don’t see it as a contender for the win!

Lol, I read comments on Kaja’s YouTube page and all of them were showering praises. And I went in my head ” are we listening to the same song ” ?

It’s not bad of course . But the multiple changes in genre , and the repetitive lyrics take this song out of the competition for me . I definitely think some of the semi songs were better.

This is not a bad number. There is a nice piano arrangement, Kaja has some exceptional vocal ability towards the end and it has a happy, uplifting vibe. Lyrically, it is not very exciting and for me it doesn’t have any major emotional pull. It is not the best entry from Norway so far, but it deserves a place in the final.

It sounds like a song i’d imagine alicja szemplinska would send this year to esc.

Okay this is really good ??

It’s ok.. Maybe the staging will elevate it.
For now it’s Tix VS Keiino.

Kaja sounds like a very good vocalist and the song allows her to show different qualities of her voice. But I’m not sure about how they produced the track. In the climax for example, the backing vocals carry the lyrics by themselves for too long. Without them performing live, it’s just someone showing off her voice while the song goes on in the back ground.

Good song, seems like the trend with new music these days is that the song doesn’t really “grow” at the end. Kinda liking this new style!

This is actually good. I wish her luck

Wow. This is very Eurovision 90s lady sings fast ballad vibe. I’m shocked this got a direct place in final but I guess MGP needed to fill the female big voice ballad quota and we haven’t had one yet. It doesn’t offend me but it doesn’t touch me either.

Norway’s Melodi Grand Prix is so strong this year; I’m actually getting worried about Sweden’s Melodifestivalen!

It’s as if the songwriters weren’t told whether they were being asking to write a song for Destiny Chukunyere or Alicja Szempli?ska so just tried to satisfy both. It’s alright!
I’m still waiting for these *four* potential ESC-winning songs. I don’t know whether they’re just saving them all for last or something?

Well, yes. You basically just described my entire songwriting life: trying to cater for any possible artist who might want to sing it. 😀

One of the is monument . Not sure about the other 3? Perhaps Rein Alexander?

It’s a decent song. Is it practically a potential winner song though?

I don’t think he said esc winning potential, but that 4 songs can win MGP

This is one of the best selections in the past 5 years, so many good songs and so much diversity! Congrats Norway.

Off topic.. Arcade is now the most streamed Eurovision song EVER with more then 172.5 million streams surpassing Soldi

I personally like it a lot. Classy. Dramatic. Kind of retro.  It sounds a tad too much like a Leona Lewis album filler. But I am excited to see how it comes a acoss live. She was very strong on The Voice.

oh my gaad this is my favorite song so far!! i hope she can deliever well live!!

Agreed ! She can deliver well live, go check out her performance of “listen” and “I’m every woman” at The Voice Norway 🙂 she sounds as good (if not better) than studio

Absolutely love this! Her vocal is fantastic and I know this will be epic live . Definitely a contender for the gold final