If there were any doubt about which Eurovision 2021 act is the most likely to succeed commercially, it’s been stomped out and set on fire twice over. Måneskin — the nonchalant kings and queens of Italian rock — have stormed the German charts. Their cover of “Beggin'” has hit #1 in its third week on the chart, while “I Wanna Be Your Slave” is sitting at #4. It’s been on the Offizielle Deutsche Charts for five weeks, having peaked at #3. Their ESC winner “Zitti e buoni” is holding strong at #37.

Måneskin have managed to overtake Olivia Rodrigo, the American popstrel who has been dominating the global charts with her song “Good 4 U” (it’s currently #1 on the Spotify Top 200 and has topped the charts in more than 20 countries).

Just for some context: Germany is the fourth biggest market for recorded music in the world. It sits behind only the US, Japan and the UK. The market pulled in about $856 million last year — and it seems that Måneskin are well-placed to grab some of those coins. Germany’s live music industry is also huge. It’s no wonder the Italian four-piece made one of their first foreign stops post-Eurovision in Berlin.

Måneskin have two Top 10s on the Official UK charts

Last week we told you how Måneskin managed to hit Number 7 on the Official UK Chart with “I Wanna Be Your Slave”, making them only the fourth Eurovision act to crack the Top 10 in the past 12 years.

Well now they’ve gone a spot higher, taking that song to #6. Meanwhile, “Beggin'” has jumped up 63 places to spot #10 after a viral spin on TikTok. Yes, that mean the groups has two Top 10 hits in the UK as well. Olivia Rodrigo is at #1.

As the Official UK Chart reports: “The rockers make history as the first Italian act to have two Top 10s on the UK singles chart simultaneously.”

On the Official Irish Singles Chart in Ireland, the band are at #5 with “I Wanna Be Your Slave” and #11 with “Beggin'”. Their Eurovision winner “Zitti e bunoi” is at #32. Olivia Rodrigo is at #1.

And it’s a similar story on the HITRADIO Ö3 charts in Austria. Olivia Rodrigo is on top — again — but Måneskin take spots 2 and 3 with “I Wanna Be Your Slave” and “Beggin'”, while “Zitti e buoni” is at #9.

How are the group performing in YOUR country? Let us know down below! 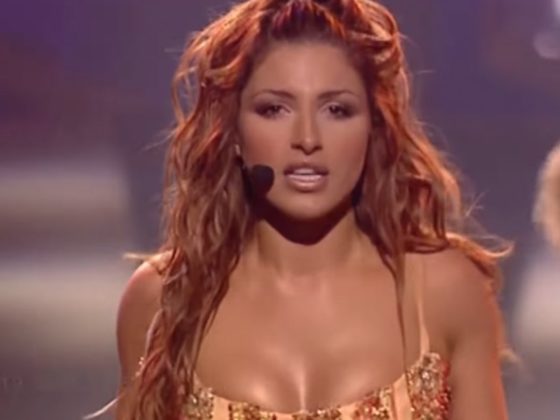 I think nobody saw that coming. They’re probably the biggest ESC success since ….. I don’t even remember when?

I saw it from the first rehearsal. And I am not musician, journalist or something.

I saw it in 2017, from their first audition for x factor.

not Poland making them trend #1 on twitter right now ^^

I wanna be your slave is number 25 on United States alternative rock charts. Up from last week.

it also entered the top 200 iTunes chart and is charting on Spotify Top 200 chart as well.

Legends in the making. I never expected this type of success which is bigger than any ESC act in recent times.

Maneskin also entered the charts in New Zealand and Australia this week.

I hope this success will boost the Eurovision song.

Insane. I don’t know how that happened and really didn’t see any of that coming, but I LOVE it.

Yeah. You should ask to Deban Aderami who spit on Måneskin from the beginning. I believe that reaction video spotted the most curious faces Deban has ever had in his life. Hopefully William saved all the reaction video. Not seeing this coming from someone who claims to be a music expert and reactor is a real turnoff. That’s why, maybe, he has disappeared from the 22nd of may. The first time I heard their last album, my jaw fell. And I am even not a rock fan. I listen to Vangelis, new age music, soundtracks, pop music, etc. But this… Read more »

The people who are classified as “experts” and in this case the Eurovision judges too are nothing more than trend followers, whatever the music industry/media chooses to thrust down peoples throats is what these so called “experts” and Eurovision judges go with, they are quite frankly like sheep and follow whatever else is being followed. Most of them haven’t got a clue what the ordinary man/woman on the street likes, Deban Aderami is one of them and very high on that list, reality is the ordinary man/woman on the street doesn’t know either because they also very freely accept whatever… Read more »

110% agree. Hopefully there was the televote.

I have grown to love Måneskin over the past month or so, they are a very talented band. Regarding the charts though and the songs they are having success with, Beggin’ aside which I really like even if a cover, I feel the other two songs of theirs are although perfectly good songs, a long way away from their best work. Now I know that their chart success kind of completely mocks my opinion, but, I have never seen the music charts as a gage of quality, if anything I see them as very much the opposite. The charts for… Read more »

And you probably didn’t listen to “For your love” (in english), “La Paura del buio”, yet. Also with all the other songs on the last album “Teatro d’Ira Volume 1”. It’s a short length, only 32 minutes, because probably it’s the first part of an EP, the second part, Volume 2, will appear by end of the year. I am sure “For your love” could reach top spots everywhere in the charts, also in the US. It’s a pity their songs in english are taking over Zitti e Buoni in the charts. Zitti e Buoni, not being their best song… Read more »

The 60s and 70s loved gender fluidity, makeup, costumes, and combining visuals with sound into a bigger expression of their art. The problem is that too many (but not all!) of the rock fans from that era have turned into the grumpy authority figures they were rebelling against in the first place. Not everyone will like every band so maybe Måneskin isn’t for them musically, but rock fans who aren’t excited to see a band like them flourishing sadden me.

So happy for Måneskin, they deserve all the success in the world

if the world of music outside Italy, every now and then, was interested in listening to the songs that the Sanremo festival or the Italian record market proposes every year, it would discover that there are many “maneskins” in Italy in every musical genre. If he hadn’t won the Sanremo festival this success would not have exploded all over the world.
I just say that it is not a coincidence, but the quality standard of Italian music is high compared to the average beyond the borders, the time has come for it to be known beyond the alps!

I truly hate how rock fans are hating on Maneskin. Come on, when was the last time people were actually interested in rock music?

Right now, rock fans face a dichotomy: either they help new rock acts like Maneskin, Greta Van Fleet or Man With a Mission to have worldwide commercial success, or keep seeing the likes of Imagine Dragons or Panic at the Disco labelled as the rop rock bands in the world.

I wonder if/how this success will change Eurovision going forward

It’s possible if Eurovision changes that long time fans will not like what it becomes. It’s a double edged sword.

Agreed. I think as long as it continues to have variety and fun then there will be something for everyone

Eurovision has to change to attract a new generation of fans.

As a long time Eurovision fan I am so glad the contest is not like 2004 still.

Constant change is here to stay!

i feel like eurovision fans now are much younger than in the 00s on average, the contest is constantly rejuvenating its fanbase imo

omg i love how they’ve just blown up <3

And on top of that, Zitti e Buoni is rising again in UK chart, going up 6 positions this week

time to cross the oceans

They entered the spotify top 50 usa on #42nd today!

This is what the British public need to realise, the Eurovision Song Contest is not anymore the campy, kitchy, silly show that it was back in the 80’s, 90’s and the 00’s. Thanks to artists like Lorreen, Conchita and now Måneskin, ESC is a contemporary, powerhouse competition TV show spectacle, where the best SONG & PACKAGE will win the day. Politics isn’t involved with the UK’s bad run, we have a broadcaster in charge which sees the show as cheap entertainment, and refuses to even make a humouring effort to at least try for Top 10 each year but tries… Read more »

I understand the point you’re making, but I don’t think you can include Conchita with Loreen and Maneskin here for not being the camp and kitchy stuff people come to expect.

As a young (in my early 20s) fan, I always kept on imagining if ESC would ever
again directly produce a global phenomenon, but I kept myself grounded and found it pretty impossible… Until those amazing people came out of nowhere! I am immensely proud of them. We are witnessing something rare. What a time to be alive!

As someone in Ireland, I can attest that so many people are playing their songs at the monent, even people I know who don’t follow Esc. It’s amazing!

Måneskin!!! The best thing who has happened to Eurovision in years! And to the Scandinavian letter of “å” 🙂