Winning the Eurovision Song Contest is a great achievement, but an artist’s music career doesn’t stop there. Soon enough, the champ will have another song to release, the follow-up single after their Eurovision win. Some might deliver a similar sound to their Eurovision hit, while others choose to show off a different side to the talents. But one thing’s for sure — this is one tough act to follow!

But from Eurovision winners of the past decade, who has the best follow-up single? Check out the 11 follow-up singles from the ten artists (yes, one artist released two follow-up singles!) and vote for your favourites. As always, you can vote for as many songs as you like, but you can only vote once — so make it count!

Ell & Nikki have released plenty of singles as individuals, but they never really dropped a follow-up single together. The pair did team up for a Michael Jackson tribute in 2015, which is sadly lost to the sands of time. But earlier this year, the Eurovision winners rekindled their creative partnership. Performing as Eldar and Nigar Jamal, they celebrated a decade since their Eurovision win with their interpretation of the ballad “Ey Azərbaycanım” (“Oh Azerbaijan”), celebrating their country.

Things are a little complicated with Loreen — but that’s how we like it. Five months after the international success of “Euphoria”, she released two follow-up singles simultaneously. For international markets, Loreen released a remixed version of her 2011 Melodifestivalen entry “My Heart is Refusing Me”; but for her Swedish audience, she released her new song “Crying Out Your Name”.

Three months after her Eurovision win, Emmelie de Forest followed up with “Hunter & Prey”. The song had a similar feeling to her Eurovision entry “Only Teardrops”, serving a folk-pop sound with strong percussion. And in the music video, just like her Eurovision performance, Emmelie ain’t got no time for shoes.

While Conchita gave Austria a Eurovision victory with the Bond-style song “Rise Like a Phoenix”, she went in a different direction for her follow-up single. “Heroes” was a modern pop anthem, released six months after her Eurovision victory. The single came with a stylish black-and-white music video and a title that was an uncanny prediction of the following year’s Eurovision winner.

Three months after his Eurovision victory, Måns Zelmerlöw showed a different style with “Should’ve Gone Home”. The electro-pop single is a sad lament at the consequences of cheating on a beloved partner. The music video was cleverly shot in reverse and depicts Måns walking back his fateful evening. ”

Right after winning Eurovision 2016, Jamala was ready to go with her follow-up single “Заманили” (“Zamanyly” or “Lured”). The dark electro-pop song includes backing vocals from the Ukraine folk quartet DakhaBrakha, who bring texture and urgency to the song. Jamala also performed the song live at the 2017 Ukraine national final.

While some Eurovision winners are eager to release their follow-up singles, Salvador Sobral was in no hurry — and for good reason. After recovering from his heart transplant, the Portuguese jazz singer released “Mano a mano” one year after his Kyiv Eurovision win. Salvador gave the song its debut performance at the grand final of Eurovision 2018.

Following her Eurovision-winning song “Toy” — and its subsequent international success — Netta came back nine months later with “Bassa Sababa”. The song was originally written as a potential song for Eurovision 2018, but the final studio version turned out to be just right for a follow-up single. With over 190 million views, the song has the most popular music video of the past ten winners’ follow-up singles.

Six months after giving the Netherlands another Eurovision win, Duncan Laurence returned with “Love Don’t Hate It”. The song had a heavier sound than “Arcade”, with a message about not being afraid to fight for love. The simple music video focuses on Duncan with dramatic camera angles.

Following Måneksin’s Eurovision triumph in May, “I Wanna Be Your Slave” went on to become even more popular than “Zitti e buoni”. The Wiwi Jam performance video racked up views, the song gained over 178 million listens on Spotify and started charting all over the world. This week Italian rockers finally sealed the deal by releasing the saucy music video for the song.

What is your favourite follow-up single from recent Eurovision winners?

What do you think? Do you like follow-up singles that are similar to the artist’s Eurovision entry? Or do you prefer something different? Tell us your thoughts below! 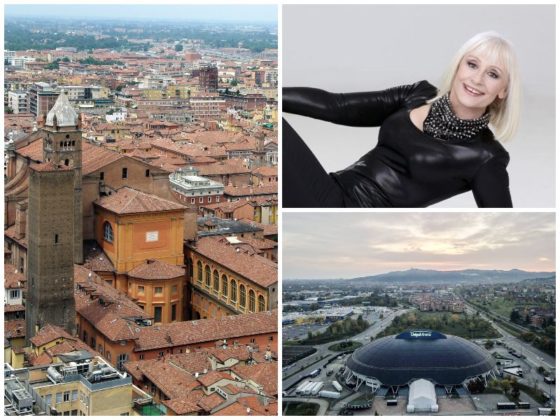 I always prefered the Mello version of “My Heart is Refusing Me” and I kinda feel like that new version was a fateful misstep. She needed time to do the things she wants and that is more than fine. Honorable mention to the “Paper Light (Higher)” interval act, especially the first minimalist part is iconic. Both album Ride and single Statements are exceptionally stunning and we found out the Mello audience doesn’t care about art at all, also significantly signalizing there should be an expert jury panel (independent from the big record labels obviously), no duels system in andra chansen… Read more »

There’s no debate here really. Maneskin are world stars already having more fame than any of these other ESC winners.

“Should’ve gone home”‘s french version was played so much in France during summer 2016. Iirc it was even the most played in France in july 2016.

Voted for Conchita, Netta and Måneskin. All three songs would have reached top5 if they participated

Sadly, for me personally, I can’t find one good song in the whole list apart from Måneskin and even that’s not great.

I will never understand how Loreen did not make a bigger career… Her songs are amazing, she has great voice, looks and charisma

I wonder the same! Shortly after her victory it seemed her career was going to take off to a bigger league -but then it didn’t, and it’s quite sad, because she’s an amazing performer and didn’t deserve to flop after Euphoria 🙁

Loreen had awful management. It took months to produce her album after she won Eurovision. They claimed it was a good strategy but clearly not for the era of internet. The hype dies soon after these TV contests nowadays. You need to constantly renew yourself, put your work out there regularly, do interviews, do shows, be everywhere at once. There are many great and charismatic artists but they never make it because they either don’t have the energy to keep up with the demands of this insane internet era – or they don’t have a strong enough agent. Then there’s… Read more »

She’s discussed this in interviews and podcasts. She felt she was about to loose herself because of commercialisation and the huge demands in her. It was she herself that pulled the break and started other types of art like directing. She says her art should come from her soul. So she had the chance but she felt it wasn’t right for her

Last edited 9 months ago by Erik
0

It’s sad to see most of these artists were forgotten shortly after their victories (at least judging for the views in the videos) – and it’s mindblowing to realize Ell & Nikki didn’t even try afterwards!
Nevertheless, I quite liked several of the follow-up singles, being Duncan’s, Loreen’s (MHIRM) and Måneskin’s my favorites.

It is incredible how some of those follow-up singles after a few years barely reached a million views. Why? Aren’t even successful in their own countries?

It’s been usually that way, unfortunately 🙁

Their victories were based on the “Eurovision-winning formula”. Very typical for the Scandipop entries, although I thought Emmelie de Forest could have passed through that barrier. Fortunately this trend is dying.

I think it comes down to a lot more than just a good winning song. If we look at Måneskin for example they already had a back catalogue of good songs and were already quite well established at least in their own country. Now I don’t know if it’s the case but suspect a good few of the other artists probably also had a back catalogue and were reasonably established in their own countries too. So if I was to ask myself why Måneskin over the others?… Besides the stuff mentioned above, I think it comes down to one key… Read more »

Apart from Maneskin, Jamala had quite a lot of popularity in Ukraine after the contest. A lot of her songs after 2017 were quite popular, she still makes great songs today!

Before the poll I only have listened to ‘I Wanna Be Your Slave’.
So, after listening to all of the songs, I really liked and added to my library ‘Heroes’, ‘Love Don’t Hate It’ and ‘Crying Out Your Name’, and also voted to ‘Mano a mano’, ‘My heart is refusing me’, ‘Zamanyly’ and ‘Hunter & Prey’ as I would like to listen to them again.

And naturally, I voted for Måneskin too.

This is a very predictable poll) There were no other artists who would be popular after winning the esc, they were forgotten after a month

I feel like there is only one possible answer here; I’m surprised the results aren’t even more uneven

This one is very easy for me – Loreen and Måneskin (:

Mano a Mano beats them all, such a beautiful heartbreaking song… Salvador is beyond eurovision <3

Maneskin > Mans > Duncan for me

They’re literally in the article!

Easy for me, Loreen, Mans and Duncan, really good songs from iconic winners.

Did you see Jamala’s 2017 performance of that song? Amazing

netta and duncan, both of their songs are bops. i genuinely cannot get into maneskin’s song, his faux-british accent is just painful to me

I can’t get into it because of the title. I’m probably too woke but it’s just insensitive to me. They should have gone with servant…