Only a week after Europe named Ukraine as the winner of Eurovision Song Contest 2022, preparations for next year’s show are in full swing across Europe.

Finland is among the countries who have already confirmed their participation for the Eurovision Song Contest 2023. Other countries include Austria, Australia, Cyprus, Israel, the Netherlands, Poland, San Marino, Spain and Ukraine.

Producers behind the Finnish selection for Eurovision, Uuden Musiikin Kilpailu, made an announcement on their Instagram page on Friday. They will open their channels for applications between the first and fifth of September 2022. The winner of the contest will represent Finland at Eurovision 2023. Given the quality of recent editions, we fully expect another blockbuster year with polished songs and some very difficult choices.

The popularity of Eurovision among the Finnish audience has grown since last year’s success of Blind Channel with their pop rock song “Dark Side”. They finished 6th in the final, with 301 points, and topped the charts domestically.

UMK encouraged its readers to tag artists they want to see in the show. One of the artists tagged the most was Robin Packalen, a Finnish pop singer who previously participated in UMK as a guest act with his hits “Huilumies” and “Miten Eskimot Suutelee.”

However, Finland is perhaps best known and loved for its quality rock entries at the contest. The trend started after the one and only “Hard Rock Hallelujah” from Lordi, who won it all and brought the contest to Helsinki in 2007. It was the only time Finland hosted the contest.

Since Finland’s first participation at the contest, some 55 years ago, they have finished in the finals 47 times. The highest ranking entries were Lordi in 2006, Marion Rung in 1973, Softengine in 2014 and Blind Channel last year.

Who do you expect to see as a participant of Uuden Musiikin Kilpailu 2023? Do you already have a favourite to wave the Finnish flag at Eurovision 2023? Let us know in the comments below! 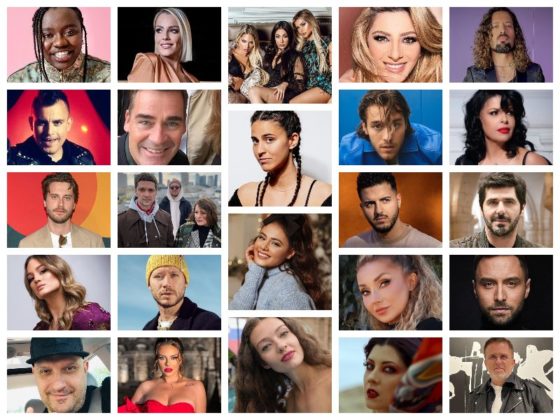 I hope that UMK will slay again next year! But also that they’ll vote for the song and not just for the artist like this year (I tbh could see 4 songs in UMK this year doing better in ESC than The Rasmus)

I hope that too! But given the result, I think they’ll vote for the song and not the act next year

Considering how so many people thought Bess was ‘robbed’, I think that a Finnish-language female pop bop will win UMK or at least come 2nd.

Yeah, I think next year’s UMK winner will be such, and that’d be great if the song’s on par with Ram Pam Pam or even better! 😀

Finland’s UMK has been on a roll since 2020 and, though I didn’t like the winner, this year had the best lineup.
My expectations are high for next year and I’d love to see Erika Sirola, Sofia Stenman, Robin Packalen and/or Isac Elliot next year, though I’m in for a surprise bc I didn’t know Ilta or Isaac Sene before they took part of UMK! 😀

How could I forget Kiki, Erika Vikman and Samu Haber? xd
I would’ve loved to mention Satin Circus and Softengine (again) too but both groups disbanded some years ago 🙁

Looking forward to what Finland has to offer. Really hope for something in Finnish to win, last year really showed what the language is capable of.

it was actually mikael gabriel who commented on the post. he’s actually huge in finland and also did an interval in 2020…

i need to see erika vikman on the esc stage, ideally with something in finnish! even if it’s not her, its been a long time since we’ve heard finnish at eurovision and i’d like next year to change that

almost 10 years have passed, I’m still pissed that we couldn’t hear We Should Be Through on Eurovision stage. Please Mikael, come back <3

He should have qualified in 2016 and quite likely would have made the top-half of the ESC final. They rolled snake-eyes with Sandhja; and with the lineup that was taking shape at ESC, I knew a NQ was coming.

Unrelated: 6 non-English songs in the top 10, while only 2 in the bottom 10. I hope this is the final encouragement, in particular for Central/Eastern/Northern Europe, to sing in their native languages.

Not because Croatian is more melodic than English, but because the performance and the production of the song feel more authentic.

Lots of good possibilities for Finland next year. Robin Packalen, why not, even I’m not a fan. Erika Vikman? Would be lovely, but her latest productions are quite disappointing: I’m still rooting for a “Syntisten Pöytä” 2.0… Vesala, depends of the song (<3 “Kuningas”), same for Vesta (I love “Kaikki Muuttuu” she released some weeks ago) or possibly Antti Tuisku. Maybe Kiki too? “666” is badassly good. And lots of other artists I probably ignore… PS: Krista Siegfrids as a host was definitely in a upper division than Antti & Vesala. Please bring her back (and, Krista, if you really… Read more »

Now that we had The Rasmus,
i would absolutely die if Ville Valo represented Finland next,
HIM was my favorite band back in the day

Hoping UMK keeps getting stronger. Finland had one of my least favorite entries after being the opposite last year, so I’m hoping to love Finland once more next year : )

I also felt that last year’s entry was way better. I didn’t like “Jezebel” as much as I wanted to. “Dark Side” will always be in my heart <3
One of the best Finnish entries at ESC

Something other than a 00’s sounding rock song next year, PLEASE!

I tagged one of my favorite Finnish bands, Have You Ever Seen the Jane Fonda Aerobic VHS? Yes, they’re a real band, and yes, they’re awesome.

Good news, but I’m worried that Sweden won’t participate next year.
They haven’t confirmed that they will be in Eurovision next year, and time is running out.
It’s surprising, given that Cornelia did better than Tusse and Benjamin Ingrosso.
See you later Melfest, I hope Sweden is back in ESC 2024.

They take it for granted.

“…and time is running out.” – What are you talking about? Seriously! Time is running out?! They have months to confirm. Serbia also didn’t confirm and they’ve been talking about PZE23 since March. The UK hasn’t confirmed either even though their best result in over 20 years and are the favorite to host the next edition.
Can we, please, stop with unnecessary drama and negativity?

When is it they usually confirm? Tho I can see them pissed off with how bad the situation is and don’t want to take part in such a charade.

They have until the October deadline to confirm, and we usually get the Melfest rumor mill start spinning during the summer.

Eight years since they sent their last female contender (2 if you count the Mamas, whose moment was canceled). With the exception of Måns in 2015, the last 3 female contenders have fared better in the last decade than all the other male contenders. What chance now for the women to build a winning streak at MelFest, given Cornelia’s showing after a long drought for the women?

What the hell are you talking about? Why would they not compete next year? I am Swedish and as far as I know there is no specific reason to cancel Melfest

since the rasmus didn’t do nearly as well as blind channel, i hope they’ll go for the best song next year, and not the best-known artist who happens to have a song in a genre similar to the representative who did well the previous year

I actually preferred rasmus’ song this year but Blind Channel had a much better performance. I agree though- would be nice to see another genre of music next year.

We had Rasmus this year, but I would love to see Apocalyptica at Eurovision

They can’t play their instruments in Eurovision. But who knows. Maybe EBU will allow exceptions to the rules, since they’ve tolerated irregularities and political voting for so long. They’ve got such a wrong vision, and it’s not a song contest. It’s all so fake.

No rejected songs from other national selections this year either I assume?

It’s mind-blowing! It’s one of the shortest windows and they get to have better entries than some other NFs with wider ones