We’ve had the pleasure of watching Norway grace the Eurovision stage for over half a century now. Since their first apearance in 1960, the Norwegians have won three times. They also hold pretty much every Eurovision record in the book, though this isn’t always a good thing. Their records include some to be proud of—like “the most votes in Eurovision history”, winning 387 points with Alexander Rybak and having the biggest gap between first and second place. And then there are the records to be ashamed of—like “the most nul points” and “the most last place finishes in a final”. Oh Norway, Eurovision wouldn’t be the same without you!

How often did Tooji hip thrust during his performance at the Final in 2012? 32 times

How many times did Alexander Rybak play that same violin riff in 2009? 7 times

How many points has Norway given to Sweden in the Finals? 292 points

How many points has Sweden given to Norway in the Finals? 184 points

“Fairytale” by Alexander Rybak. Do we need to say more? Not only is this Norway’s highest scoring entry, but it is the entry that has been written in the history books as the highest scoring song at Eurovision EVER. Norway has brought so much to the contest like electro-pop princesses and rebellious models, but who’d have thought it would be the smiley guy with a gingerbread house backdrop and a violin that would have us picking up the phone and voting for Norway?! Maybe not many at first, but once you watch his performance and end up with the chorus stuck in your head for the next few hours, you begin to see why.

Memorable lyrics: “I’m in love with a fairytale even though it hurts, ‘Cause I don’t care if I lose my mind I’m already cursed” I’m sure we all blast out those lyrics whenever we get out hands on a violin!

We knew that everyone’s favourite Norweigan-Kenyan singer Stella Mwangi was never going to fair as well as Norway’s recent Eurovision alumni. But we were at least expecting her to qualify! It may not have had the beauty of “My Heart is Yours” or the charm of “Fairytale”, but it certainly made us smile. Her live performance was disappointing compared to the energy we’d seen at the Melodi Grand Prix Final, but despite this, the Final could have done with some African love!

This is what Team Wiwi have to say about Norway’s recent entries:

Angus: La Belle Norvège! I have too much love for Norway, above all Scandinavia including supposedly superior Sweden. I’ve never failed to be excited by their entries since I really got into the Contest, and they’ve had a fair few heavy-hitting entries in recent years with ‘I Feed You My Love’ and ‘Hold On Be Strong’. Of course ‘Fairytale’ was absolutely superb and deserves its legendary status as the highest-scoring song ever, it even almost broke Katrina’s average points-haul which is an achievement in itself considering the change of the Contest since 1997. I also think the song’s fairly timeless which is unusual for a Eurovision song. I still happily listen to it now, and I think it’s charm was that it was such a traditional-sounding song…even if not exactly Norwegian sounding.

I also have a soft spot for when Norway go a bit bonkers. Unlike serious Sweden, the Norwegians aren’t afraid to go out on a bit of a whim and try something different. While Iceland and Denmark might be a bit crazy, only Finland, in sending Lordi, ever really matched Norway’s madness. ‘Haba Haba’ was unashamed fun. Awful vocal, ridiculous styling and fundamentally stupid, but undoubtedly fun. You also have to give props to them for sending Tooji, a man with an awful vocal register to sing a high-pitched song while whacking out more thrusts than are politely possible in ESC normally. I might have a catalogue of countries to my profile on here, but Norway are my favourites. They’re fantastic wondrous and I’ll hunt down anyone who says otherwise. Bogdan: I agree with Angus… For a country that holds the record of most last place results in the history of Eurovision (11, if I am not mistaken), Rybak’s result was sweet revenge. (Except I have to admit that I now view Rybak as a one-trick-pony, and the fact that he never changed the performance of “Fairytale” – the way Loreen did with “Euphoria” over and over again – is disappointing.) My favourite Norwegian act surely is Margaret Berger’s “I Feed You My Love”. Her stage presence, her delivery and the song itself are very Norwegian. She did the country that brought us Röyksopp and the like proud. I can’t wait to see what Norway will bring to the ESC table in the years to come.

Zach: Norway these past few years have been above par for certain, but some entries shine above the others for me. In the 2008 onward time constraint, Margaret Berger is my favorite. Her entry was as ice cold as the frozen waters of northern Norway, and her vocals fit the song perfectly. It truly was the most contemporary song of the year. However, “Alvedansen” from 2006 was one of my favorite Eurovision entries of ALL TIME, I adored Christine and I miss the Norwegian language at Eurovision. My worst is Tooji, for two reasons. First, it was a cut and paste copy of Eric Saade, who I already disliked so this entry as already a loser for me (live vocals sucked too). And second, he barely beat out my dear Sofi and Nina Badric, which is unforgivable since Nebo was my second favorite in 2012. Didrik was pretty bad too, such a letdown on their home turf.

Wiwi: Alexander Rybak is overrated in every possible way. The “Fairytale” comes to an end the moment you hear the song for a second time. And he’s not the heartthrob that so many tried to portray him as. One of the very first posts we ever published on this site proves he isn’t Prince Charming. But the worst song during this period has to be “My Heart Is Yours” from Didrik Solli-Tangen. It’s so cloying and sacharrine sweet it’ll give you diabetes.

My favourite Norwegian song since 2008 is Stella Mwangi’s “Haba Haba”. But please note I liked it at the Norwegian national final—and not at Eurovision! Re-arranging the number to include the “haba haba” as an introduction spoiled the surprise. That faux pas aside, this song was just so happy and made me want to dance. I also liked the fact it showcased an immigrant to Norway. How many Norwegian pop stars of African descent could you name before this?

You can read all of our Eurovision country profiles by clicking here. 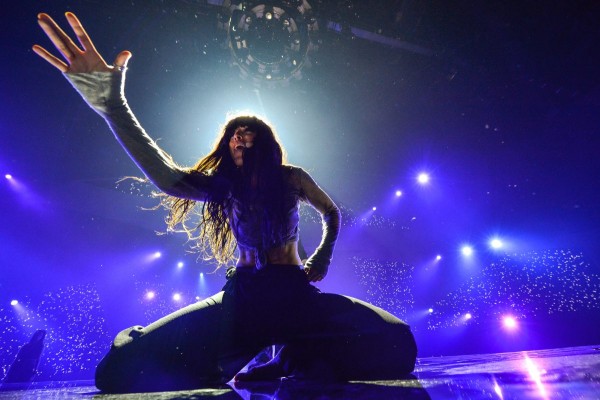 WATCH: Loreen Speaks Out for Gay Rights at Russian Nightclub Melodifestivalen 2014: Five Artists We Think Will Compete in Sweden

Norway will always be my favourite country. I love all of their entries despite their final results. One of the best Eurovision countries ever! ?

I love pretty much all of the songs Norway’s ever sent, but honestly, I think Sofi should’ve qualified instead of Tooji. #haterscomeatme

Apart from the bad mixing, the biggest shame of 2011 was the jury’s treatment of Haba Haba, combined with the phenomenon (rumored, but I’m pretty keen to believe it) of early votes not being counted in the first semifinal, leading to the literally unbelievable 17th place. I still don’t think that was a legitimate result. Haba Haba is probably my favorite of the Norwegian entries since 2008. I loved “My Heart Is Yours,” and it should’ve placed higher, but they messed it up by introducing backup vocalists! What were they thinking? The whole power of the original recording was in… Read more »

@Marion I wouldn’t consider a red dress to be innately African and also, the awful vocal has nothing to do with Stella’s cultural heritage. It has to do with the fact she’s tone deaf.

Ah, Norway! I have nothing but love for the land of the magnificent Margaret Berger.
Thus, I have my fingers crossed for them, hoping that they’ll send a worthy successor.

I really adore “I Feed You My Love”!! God, this song is really expensive! This is a rare song, and Margaret Berger took Eurovision even more further. As an Eurovision fan I was so proud of her because this song made all of the Eurovision’s song this year sounds least attractive..

Stella was deserving of the spot she managed to end. Repetitive, generic, and if my deductions basing on her later work are right, she was out of her confort zone by singing such a sacharine number.

This may sound wrong, but Norway should stay more Norwegian. I want to see that magic that was brought in 2013 and 2006 (didn’t love the song, but I respect it) Send the language, send the tunes, send the heavy instrumentals and the dramatic uptempos.

I did not like Margaret Berger’s song. No idea why as I tend to favor female vocalists but her song was one of my least favorites this year.

But 2011 got eliminated in the SEMIS so it is the worst scoring entry. Tooji got more points than Stella in the semi stages

The worst scoring entry is actually Norway’s 2012 entry. It got 23 less points than their 2011 entry! You should fix it, Katie.

Norway is probably my favourite country in Eurovision, besides my own. And I’m not saying that just because we’re neighbours. I’ve loved almost every Norwegian song in recent years and ‘I Feed You My Love’ might just be one of my favourite Eurovision songs of all time. I do also love the fact that in recent years a lot of the Norwegian performers haven’t been of Norwegian ethnicity (Rybak was Belarusian, Mwangi was Kenyan, Tooji was Iranian). It really shows how diverse the country is and disproves the Scandinavian stereotype of everyone being blonde hair/blue eyes/pale skin. The only song… Read more »

Hold on be strong is my favorite song of Eurovision!!!!

To me, my favorite Norwegian ESC entry has to be 2013 with Margaret Berger’s I FEED YOU MY LOVE. I’ve been telling myself that if ever Denmark did not win, I would want this song to win!!!

Angus say : “Awful vocal, ridiculous styling and fundamentally stupid, but undoubtedly fun. ” but, it’s the African sound, it is NOT ridiculous !!!! This is another culture !!!!!

I adored Rzbak with Fairytale, but I also loved Tooji! I still listen to his song. 😀 It`s terrible he finished in last place in final. :/