Something weird is happening in The Netherlands. After years of cold autumns, Eurovision fever has returned! Following two strong years in the Song Contest, things have been taken to the next level with the plan to send pop star Trijntje! Let’s take a look at what happened in the week after broadcaster AvroTros announced that Trijntje had been chosen to sing in Vienna.

As the ij in Trijntje is hard to pronounce by non Dutch speakers, Ms Oosterhuis decided to change her stage name to Traincha. It sounds almost the same as Trijntje, but it would be better for all fans to know that they are talking about the same person!

Cornald Maas (Mr Eurovision in the Netherlands and Dutch spokesperson in 2013) revealed last week that the song would not be a ballad, and on Thursday night Trijntje confirmed on Dutch talk show De Wereld Draait Door that the song was indeed not a ballad nor a jazzy song. The song will be up tempo with a singalong chorus. She doesn’t know when the song will be released but if it’s up to her it will be released as soon as possible.

Anouk to be part of the show?

In the same talk show Trijntje said she was already recording the song (which will be in English, and possibly also a Dutch version) and that one of the backing singers is Anouk, the Dutch representative in 2013 and co-writer of Trijntje’s song. When the host asked if we’d also see Anouk in Vienna, Trijntje said that it wasn’t planned, but she is open to new ideas!

Trijntje was also asked how her journey to Eurovision is going. She said after being at ESC in Helsinki in 2007 (when her sister-in-law Edsilia Rombley was the Dutch representative), she experienced so much and saw how every country had their own approach to the competition. This made her nervous about needing to work hard to do well at Eurovision, and she welcomed help from all directions. We’ve already contacted her for an interview, so if you have any questions or advice for Trijntje, please let us know.

You can see the interview with Trijntje Oosterhuis in Dutch over here.

You can follow all of our Netherlands Eurovision 2015 news here. 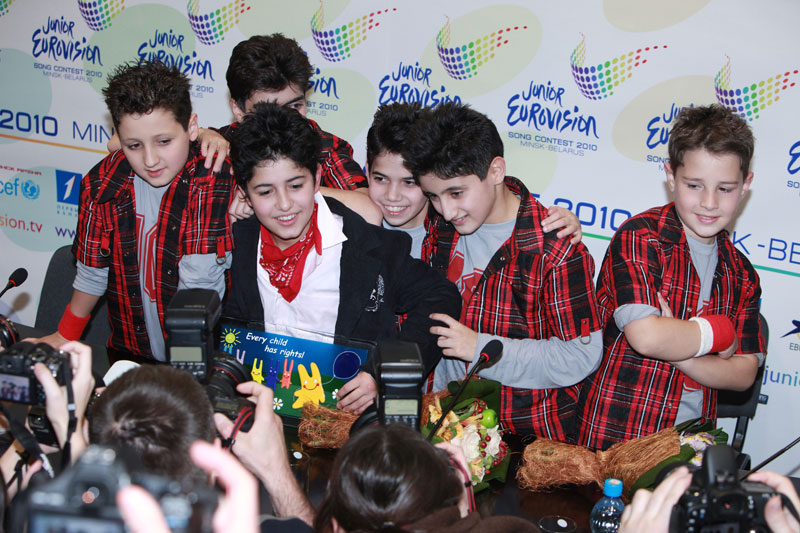 They really want to win and maybe it’s time they finally do!

she also said it’s gonna be a powerful song i can’t wait to hear the song!

I am glad that Traincha is going to show that The Netherlands can send a catchy up tempo song as well. After two years of rather melancholic / sad songs it’s good to send something ”fresh”, as she called it. Can’t wait for the song to be released!

I am really happy that it is going to be up tempo!