Writer, television personality and journalist Cornald Maas is one of the biggest names when it comes to Eurovision in the Netherlands. He’s one of our country’s two commentators, has served as a juror on a number of occasions, and helps steer the country’s selection process every year. And yes: he’s the one of the people who came up with the idea of sending Douwe Bob to Eurovision 2016. He recently caught up with our Dutch correspondent Denise. Here are the highlights.

A few weeks ago, we found out that Douwe Bob will fly the Dutch flag in Stockholm. On ‘De wereld draait door’, Douwe Bob said that he was one of the contenders last year, but was bypassed for Trijntje Oosterhuis. Why did you ask him again this year?

Douwe Bob is an amazing guy. Last year not too many people had heard of him, but I already had a lot of trust in him. When Anouk sang for us, everything changed. We started to send good, quality songs and it paid off (most of the time). We wanted another one to stick to this new tradition. Douwe is a great singer-songwriter. He knows what he’s doing and what he’s singing about. It’s in the same line as The Common Linnets, with a song written by the singer himself. The Common Linnets did great.

Last year, Douwe was already good but it was a little too soon for him. Now he’s had a big hit with his single with Anouk and he is way more secure about himself because he has more experience. Now the time is right. And it’s a good thing that we chose him ourselves. Letting the public decide went wrong a number of times. The audience wouldn’t choose a song like ‘Birds’ because it’s no Eurovision song, according to them. ‘Birds’ and ‘Calm After the Storm’ were definitely not typical Eurovision songs, but that’s what makes them perfect for Eurovision. And that’s also what Douwe has — not a typical Eurovision song, but authenticity. He’s also a really good ambassador. Anouk didn’t want attention while she was in Malmö, she didn’t walk the red carpet and she barely gave interviews. Douwe is someone who wants to be seen (as we can see in Twitter pictures). He wants to show us what he’s got and what he’s made of.

When will we hear the song for the first time?

Last year we made a big mistake by letting you hear Trijntje’s song for the first time in December. It was way too soon and we’ve learned from that. This time we will wait way longer. It has been said that we already know the song, but that’s not 100% sure. We’ve got a song that we really like for Eurovision, but if we find something better, we can always change it.

Is the pressure lower now that we failed to qualify in 2015? In Vienna we would have had to win to better the Common Linnets’ placing, but now we will be happy simply to qualify again.

No, the pressure is still on. We are going for the victory. Douwe has already said that he’s in it to win it. Do you have a say in what his stage performance will look like in May?

No, Jan Smit (another Eurovision commenter and a famous Dutch artist who would one day like to sing at Eurovision) will be his ‘coach’. He knows what’s good and what’s not and he will be able to see what’s best for Douwe. Jan is also the one who knows what went right and what went wrong with Trijntje, so he, Douwe and his team are there to decide. The plans about what it will look like aren’t made yet.

The one name you hear every single year is Anouk. Whether it’s for her supposed ‘hate’ for Ilse, her friendship with Trijntje or her collaboration with Douwe, she’s always connected to the artists. Did she have a say in this year’s choice?

It’s just a coincidence. We didn’t speak with Anouk about this decision, but I’m sure she’s really happy by the decision we’ve made. I’m sure she thinks he’s a smart guy who can be the number one. Of course we have to thank Anouk for the fact that Douwe and other artists want to take part in this show and give us a chance to conquer and reach first place. [A few days after this interview, Anouk sat down in the tv show ‘Rtl late night’ and Cornald was right. Anouk was thrilled that her friend will be going to Stockholm.]

What were the biggest surprises for you in Vienna?

I was pleasantly surprised by Loïc from Belgium. It was so unique and really good. He didn’t take part in Eurovision in Concert because he was rehearsing in England at that time. He took it really seriously. Latvia was also outstanding. The staging will only work if you are willing to be critical of yourself. Saying ‘it wasn’t my fault’ won’t help you. Admit what went wrong and learn from it. That’s also something that went wrong with Trijntje. The sparkle on TV was missing. That sparkle and uniqueness was also something Lena from Germany had. The song was good, but everything else around the song was great and that’s why she won.

What is it like to be in a commenter’s box? I can imagine that it would be weird seeing the big party that’s going on in front of you, but not being able to be completely part of it.

True, it is a little weird. You’re in the room but there’s also glass between you and everyone else. You want to be happy when your country or favorite act is doing well, but you’re there to work so you can’t scream and make your own party there. It’s part of the job, an amazing job.

Cornald as the Dutch spokesperson in 2013.

Thank you to Cornald Maas for this long chat. Based on his trust and belief in Douwe Bob, surely The Netherlands will place high again in 2016! 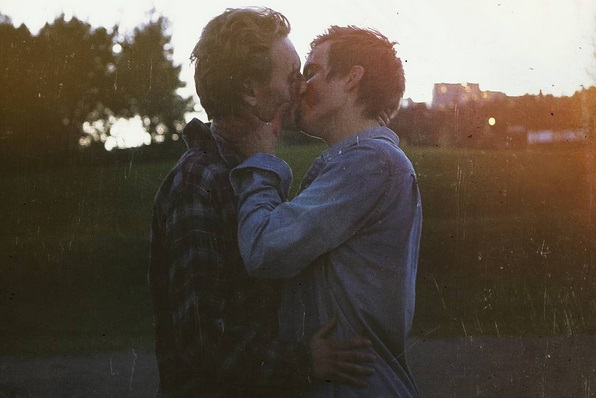 Yes, the song did come out too early for ESC2015 but the staging was a disaster. Why, why, why?

To Conrad Maas: Take your time. Better yet, wait until mid-February, at the earliest. What might sound like a winner in December stands a greater chance of ending up a non-quaifier in May, once those other songs come trickling in as official entries in January, February and March. Malta found out, the hard way, that holding their national contest in NOVEMBER was a very bad idea. Now they are doing it in January.

Denis, what you said is not of political influence. Yes, they can give an opinion about the song. No, raging about the song and whining about it the entire show long is not okay. And discussing politicals and national disasters like the MH17 Plane crash during Russia’s postcard is CERTAINLY not okay and wether you like it or not that is definatly trying to affect the voting! They arent there to commentate on the political climate of a country, they are there to translate and give whatever opinions they have on songs. I consider it the same level of Azerbaijan… Read more »

unique songs are great but i hope not everyone sends lorde-esque songs to eurovision because i need my dose of cheesiness!

Actually commentators are allowed to have opinions of their one, there’s nothing that prevents you. And in fact commentators in many countries do state their opinion without influencing the audience. Mainly because the audience aren’t that easily influenced. For instance here in Sweden the commentators often say “I found this song repetitive but what do you(the audience) think? And that usually works since we can make up our own opinion. It’s a bout finding the right balance between being opinionated and not influencing the audience. Only a few countries still use the old-fashioned way of simply speaking about the song… Read more »

I highly doubt they actually try to influence us. It is not East-Europe where that is actually more common.

@Dutchie No, Cornald can’t make political statements as a commentator like that. Its not his role to influence people in voting for something. He is there mainly to translate the hosts for the few Dutch that can’t understand English and to provide information on the acts and artists. he has his own show of Opium if he wants to debate about Russia’s laws or whatever, ESC ain’t the place for that. Its Very unproffesional. If you commentate it is really bad taste to let your personal opinions about Politics etc shine through. That has no place in Eurovision and Cornald… Read more »

Cornald Maas and Jan Smit are very cool people. Jan Smit might even be one of my favourite celebrities in our country. He is very funny and friendly.

@daan Wow, tone it down a little on the hate, will you? If the commentators give their opinion about Russia, it’s their right to do so, and no one forbids you to vote for them. I’m sure Cornald has very personal reasons not to like their LGBT laws. That’s free speech for you, hurray! If you think Jan Smit hasn’t had any hits outside of the Itunes charts wake up, he’s been around since way before the Itunes age and even if you try to ignore him (like I do) you know at least three of his songs. The guy… Read more »

I had to agree with @William Adams Lee Adams. Last year really was too early.
Good decision!

@Christoph Lol Cornald is not a father and he is gay. I personally am not a big fan of him and I just hate Jan Smit. Every year Cornald goes “Oh this is going to give us the win”: and every time we fail its “Yeah its because of this that this”. True, he did have the balls to stand up against Sieneke and that did get him fired. But I feel he is getting too much credit here. I am even more worried about “Jan Smit” acting as a “coach’ Lmao. Tell him to get a hit here in… Read more »

Cornald is a DILF — CUTE! Anyway, glad to hear they are being so thoughtful and patient with this….Trijntje def seemed rushed!