Sad but true – Turkey will NOT be back at the Eurovision Song Contest in Sweden next year. For months all Eurovision fans were loving the positive vibes coming from the sunny southern country but sadly the TRT doesn’t love us back.

Back in 2013, Turkey withdrew from the contest because the running order was made by producers instead of random draw and also because of the position of the big five who qualify every year. After Conchita’s win in 2014, there were rumours the country might say goodbye to Eurovision forever, but earlier this year even the broadcaster was hinting that a return was possible. Sadly our Turkish wiwiblogger Gökhan found the message above on the news system of the Turkish broadcaster. It reports that Senol Göka, the head of TRT, says Turkey won’t return because of the same reasons as last year: the EBU doesn’t want to change the voting system by ditching the jury and going back to total televote system.

Despite Turkey’s complaints about the voting, they did well under the 50/50 jury-televoting system. They only failed to qualify once, and otherwise placed in the top 10, including their well deserved second place in 2010 by maNga with “We Could Be the Same”. And going back further, in the era of the Big 5, they also did well, including their win in 2003.

Are you sad that Turkey won’t be returning? Are their complaints valid? Share your thoughts below! 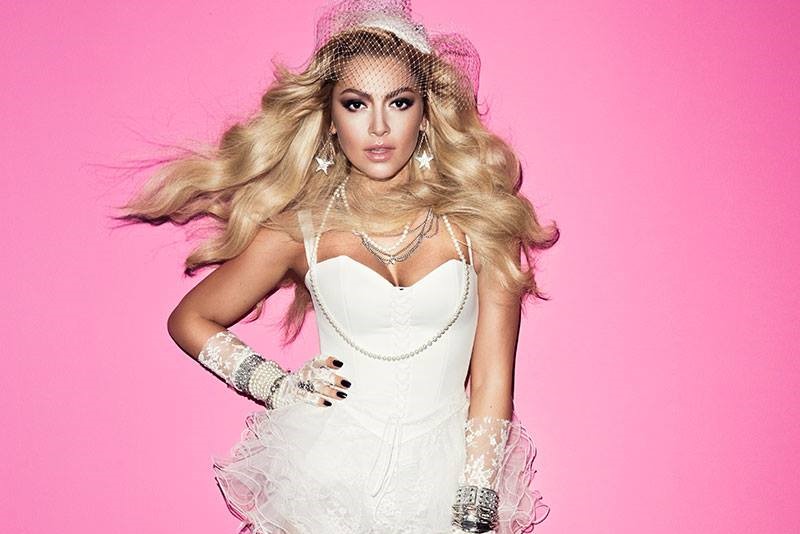 another Turkey-hating “contest” apparently in the works on the thread. No wonder why the “leaders” in this hate contest are from “Cyprus”. By the way, last I checked Cyprus is LESS in Europe than Turkey is. Geography 101 my friend…

it’s just a song contest. please don’t make everything a big deal. tayyip is the last islamist leader turkey will ever be seeing, don’t worry.

Turkey is becoming a radical islam country, things have changed there in the last decade due to erdogan…waling in thw streets of istanbul today its something else, much more islamistic, women cover their faces, etc…no wonder they dont want to participate in eurovision which repreresent a totally oposite culture, sad but true..):

I am turkish. I read most the comments here.

I think jury is taking sides. and as most of you agree, it’s a song contest.. so let the people vote 100%. if you do this, I will make sure turkey will join esc. lol.

no i m not sad at all.. they r doing fine that they r not in that contest. and anw i m from cyprus lol so it doesnt matter for us at all( for voting reasons…mainly)
its a european contest. they have no place there. go home turkey

yes you are right about Turkey attack on kurds, because that erdogan is so schizophrenic paranoia about kurds may have their independency which will kick him out from his seat or even to be executed, now that the two faced or clown I should say, is prtetending to attack isis but he is actually using isis as an opportunity to attack kurdish fighters using his slave army. I hope gets executed

Sweden winning this year with the juries probably threw them over the edge.

This is quite hypocrite from them: the current voting system is less favorable to them, because it doesn’t allow them to make full use of the diaspora voting (the only reason they scored well under the 100% televote system), so they won’t return. As far as I’m concerned, they can stay out.

Someone should probably tell them that it’s a SONG contest, and maybe they should on trying to get good songs instead of nitpick on the voting system.

I am quite certain the main reason is the gay attitude of the contest (kisses between same-sex persons, sexy appearances, Conchita etc). Erdogan has decided to change the status of TRT…

With all the hate you are giving even here on this site, can you blame them for wanting televoting back? Maybe juries are a bit islamophobic and racially biased, just like you?

You guys remind me of the “Avenue Q” song “Everybody is a bit racist”.

I recon that the top 6 countries from the year before should automatically qualify the next year because those countries along with the winner were the 6 countries most people voted for but then the EBU could use the judges to change the places. I think the judges should be removed because Eurovision is a show for the people who watch it and they should get 100% of the vote. The judges are people like us so they shouldn’t get so much of the vote they should just vote like the people who watch it and be part of the… Read more »

“Turkey when they have problems like Putin and ISIS on their backdoor?” Turkey has been a big helper of ISIS and other terrorist groups in Syria. Turkey is bombing the Kurds who’ve been fighting ISIS. Turkey has been the door for many terrorists into Syria. Turkey is the country where mercenaries around the world fly to and then cross its border into Syria. Turkish officers have been caught in Syria helping terrorists and weapons are delivered from Turkey to the militants/terrorists. Now the same Turkey is part of this economic migrants scam flooding Europe: 25,000 Turkish smugglers and the government… Read more »

Come on, you seriously think Eurovision is a priority for the ‘Islamic’ government of Turkey when they have problems like Putin and ISIS on their backdoor? You all keep forgetting it’s a singing competition….

I actually kinda agree with Alex. The voting has become extremely predictable but not how it was during the 2000s. For me, it’s become so predictable that almost every country will give points to Sweden just for existing…don’t get me wrong Sweden sends some good songs sometimes but did they always deserve top 3? Four in 5 years even though only 2 songs deserved it. I dont know, ever since 2013 I feel like Sweden has taken an unfair advantage over the contest by changing the rules (the running order should ALWAYS be random to create a truly fair contest),… Read more »

How quickly Turkey has forgotten those long ago years when they tried to have some good results during the pre-Dana International years when actually their music could be called music and not just a pathetic attempt of sounding like every Shakira song or any Muse tune .. either ethnic pop in its most cheesy or in their most alternative rock which is not my cup of tea. Yet the televoting nightmare years came and it became so easy for them to send any kind of garbage on stage and be in the top 5 … how beautiful it must have… Read more »

I will survive. Turkey’s songs are usually mediocre.

It was not a surprise but I won’t miss TRT but Turkey…Many people in Turkey like Eurovision but TRT is not very interested in Eurovision because they want to be every year in the Top 5 or winning – this is a competition where you get a good place when you do something good and not with a manipulated jury! Since 2013 the nighbour voting went away so save points also went away 😀

All about politics. Just after the Islamic majority party won the elections last Sunday? And the Ankara-explosions held by that government? Turkey will be a very, very dark place in the following years. I’m quite sad for all the European-a-like-Turks, especially our gay brothers and sisters… In late June police attacked them with teargas during they were having the Pride. Before you hate Turkey, please be considering all these stuff too. It’s not easy being secular, a person having European mentalities in the Middle East! I’m with all these people living in Turkey and hoping for their happiness, now seems… Read more »

Turkey has always been injured by the jury. These are simply the facts. I have already written, what should be changed to better functioning of this contest. That’s all from me.

Not a surprise, and I stopped caring months ago. Turkey has gone back on forth on their word and decisions in response to ESC 2016, to the point where I just didn’t care anymore. I won’t miss Turkey anyway, they always benefit from diaspora which in most cases, gives them a better finish on the scoreboard then they should have.

Eurovision will survive without Turkey.

1. They should go back to random draw.
2. Not participating in semifinals is not in the advantage of the big 5 and host. My proposal is that all compete, and 12 qualify from each semi with big 5 +.host participating random 3 in each of the 2 semis. Big 5 + host have 2 automatic qualifying places from each semifinal and they can even qualify all 3 if they are inside the top 12.
3. Is not ok for the jury and public to judge different performances. They should all judge in the same time.

Agree with the running order complaint.
But not the others.
And if they are their genuine reasons to stay away, so be it.
Petulant attitude.

I’m Sad Turkey are out, but happy that at least one country has the balls to stand up against the 50/50 system and the production determining the running order.

To be fair this is political. Turkey’s current government makes Russia seem like a bastion of human rights. They know this, and until someone manages to get rid of Erdogan, we can’t expect Turkish participation in the ESC.

I honestly don’t blame Turkey. Even though they do well and most times enter pretty decent songs, the voting has become extremely predictable. There’s no real point trying again because every year the televoting is neighbourvision. The running order is also unfair. This isn’t an issue only Turks have; I’ve spoken to Europeans from a lot of countries, even down to the Nordics and they all complain the voting is too political even though they themselves do well. I disagree with the Top 5 remark; those countries contribute most of the money to the contest so i think it’s pretty… Read more »

oh wait, that reply is for jeri. ;p

turkey is my favourite country so this news really devastate me. oh well, at least we still have second-rate turkey aka azerbaijan.

@erin: my guess would be some countries have better things to spend their money on than a silly contest..

Ehhh. I do not mind this so much. At least Azerbaijan won’t need another saving from them again.

So once again Turkey won’t be back and lacks any logical reason as why not to be back. The only reason I see is that they are angry for not constantly being in the top 5 due to diaspora voting and being angry at EBU for allowing other countries to be in top 5. And that they probably know they wouldn’t be anywhere near top 5 with current rules. That’s the content of their statement. Once again Turkey acts like the spoiled child who wants everyone to dance around their pipe, ignoring the rules and acts hurts when their wish… Read more »