The line-up for the final of Hungary’s A Dal 2016 is almost complete. Last week saw the first four acts qualify from semi-final one. Tonight’s second semi-final will see nine more acts compete, but only four can make it through to the 27 February final. Who deserves to be a finalist? We asked you earlier in the week, and the results are in.

After counting a total of 492 votes, we can confirm that Freddie is your favourite to win this evening’s show. The “Pioneer” singer comfortably topped the poll, scooping up 218 votes or 44.31% of all votes available.

Coming a distant second, we have Olivér Berkes & Andi Tóth. The “Seven Seas” duo managed to get 71 votes or 14.43%  of all votes cast.

In fact, we have a tie for second place. A Dal 2015 finalists Passed also received 71 votes for “Driftin'”.

Based on the poll, the last final spot should go to Egy Másik Zenekar with “Kéne közös kép”. They secured 26 votes or 5.28% of all votes cast.

Only four will make it through to the final. An initial round of voting will see three qualifiers progress, as determined by a mixture of jury and viewer scores. The fourth finalist will be chosen during a second round of 100% public voting. Viewers at home will be able to vote by SMS, via the app or online. Those of you outside Hungary will also be able to vote on the official A Dal website.

A DAL 2016: WHO SHOULD QUALIFY FROM SEMI-FINAL TWO? POLL RESULTS

You can see the complete results below. Only four contestants will advance to the final. The contestants in italics are predicted to be eliminated (by our readers, anyway).

The Wiwi Jury—our in-house panel of music un-professionals— has reviewed all nine acts in tonight’s second semi-final. We agree with the readers that Freddie and Olivér & Andi should make the final. However, we’ve opted for Nika and Parno Graszt ahead of Passed and Egy Másik Zenekar. You can check out our full ranking below. Click on the song titles to read our reviews.

SEE OUR CURRENT A DAL 2016 REVIEWS AND RANKINGS. 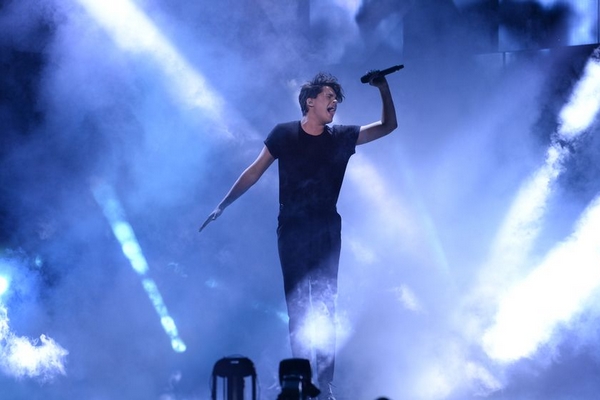 United Kingdom: Is Matthew Pateman one of the BBC’s finalists?

Look at Freddie and now look at “favorite” from Latvia…

Hopefully the winner comes from the first semi. These are not very good.