Find a strong wi-fi connection and an even stronger drink — Belarus’ national selection for Eurovision 2017 takes place on January 20. Ahead of the final the Wiwi Jury — our in-house panel of musical unprofessionals — has been listening to and reviewing all of the songs. First up is Angelika Pushnova with “We Should Be Together”. Do we agree after listening to her number? Read on and find out!

Angelika Pushnova – “We Should Be Together”

“We Should Be Together” reviews

Sami: I enjoy this much more than I actually should. It’s not very contemporary, but it is a nice throwback to my elementary school years, when this kind of music was trending. If she picked up the tempo and added more bass I would probably enjoy this even more. Give me a dance remix and I will have it on loop!

Kristin: Every single Belarusian contestant looks like they’re on their way to a ’90s wedding reception. What is up with that? In any case, Angelika is a sweet and charming girl and her voice is powerful. I see great things for her in the future, but not with this mid ’00s flashback. It’s a tad too weak to leave a lasting impression.

William: Take me to the club, turn off the lights and crank up the volume! Angelika Pushnova is pushing all the right buttons with this euro-pop throwback that smacks of Moldova Eurovision 2016, while serving that Eurotrash 2007 sound (which I happen to love). It’s very Fragma and I enjoy that.

Luis: “My heart is gonna beat, beat, beat cos you love me”. No dear, your heart beats because you’re alive. And if you’re alive and not living in a cavern, you should know that this kind of music has been out of date since 2007. Angelika, however, is a charismatic performer and her voice is strong. Her diction might be messy, but well, at least she is able to express emotions, something that’s not so common in the Belarusian casting. Her song, however, won’t ever be more than a guilty pleasure to some.

Robyn: “We Should Be Together” is a decent attempt at a 2000s-style club banger. While Angelica is a good singer, she has pronunciation issues with the lyrics. But even the lyrics themselves are rather unusual, for example, the odd phrasing of “I want not to betray our love”. A song like this would go down well at Euroclub, but it would seem old-fashioned surrounded by modern pop on the Eurovision stage.

Mikhail: It’s 2017! We do not need that ancient beat, which leaves me more depressed than club-ready. And what is happening with her pronunciation? At first I thought it was some other language, but nope, it was English.

Antranig: Angelika delivers an upbeat number which automatically stands out in this national final. This entry will be a big hit among those playing drinking games — it’s a collection of Eurovision cliches, right down to the key change. That said, I love every moment of it. This won’t do well but that won’t stop it from being a guilty pleasure of mine.

Chris: Lord this is drab. It’s forgettable, but at least that means it’s not memorable for any particularly bad reason. Angelika is a fairly good performer, though she does get a bit screechy as the song goes on. The chorus, too, becomes annoying as the song progresses. But then it ends, a little time passes and I forget why it annoys me particularly, because it’s not annoying enough to be memorable. You get the picture.

In the Belarus Wiwi Jury, we have 17 jurors but we only have room for eight reviews. The rest of our scores can be found below:

Before calculating the average score, the highest and lowest scores are dropped. This is to remove outliers and reduce potential bias. We have removed a low of 3.5 and a high of 8. 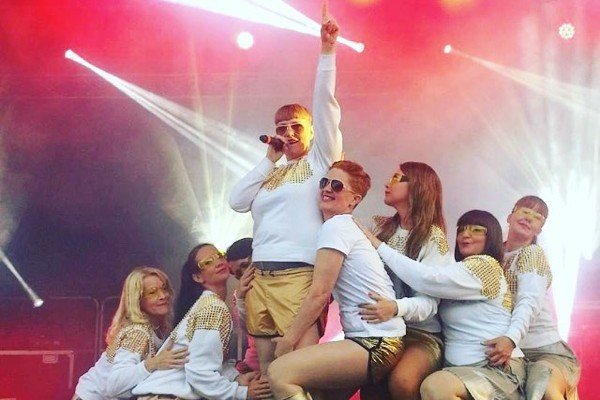 I love this song. But it’s really dated.

Really good voice! It reminds me somehow of last year’s entry. Eurovision sound. Not excited, like it though! Usually I’m not a fan of the national selection in Belarus. I’m often dissapointed. Hope for the best!
William and Deban: I want to say this: I LOVE YOUR VIDEOS! You are so funny and so crazy and I like that! Love you guys!

I want to say it’s bubblegum pop and really bad, but the truth is I LOVE IT AND SHE IS GREAT.

Welcome wiwi jury!!!. I live for these reviews! 🙂

This song is okay, Angelika definitely has talent, but the song is dated and uninteresting. It seems ironic that the reviewers that love this song don’t mention her voice, but those who don’t, mention her voice.

Guilty pleasure! And considering Belarus probably won’t qualify, they might as well provide some fun schlager and come 13th in their semi final

Lol Mikhail is talking about pronunciation. Is it the same Mikhail with extremely strong accent?

I’ve been waiting for the Wiwi Jury for weeks!

This song would definitely make an impact in Kyiv… in 2005.

NAVI fans! Please stop talking about NAVI in the comments for every article! This is a review of Angelika Pushnova’s song. Not NAVI.

First of all, I have to say I’ve been looking forward to these reviews, I always love them. 😀

This song sounds very generic and dated, but I can’t help but enjoy it. Enunciation and especially lyrics could be better, though it looks like Angelika knows how to sing live. I don’t think she will win, but nonetheless her entry is decent.

The LASHINGS, I’m loving this. Can’t wait to read the reviews for the winner, NAVI.

Belarus needs to sends NAVI to Kiev! It’s about time we need a Belarusian language song!