When Finland’s national broadcaster YLE revealed the ten acts competing at Uuden Musiikin Kilpailu (UMK) 2017, we asked you who your early favourites were, based solely on the studio versions of their songs. Emma came out on top with her wooden dance music number “Circle of Light”, followed by Norma John with “Blackbird”. The only song in the Finnish language — “Helppo elämä” by Lauri Yrjölä — finished third.

But have your favourites changed now that the music videos are out? Ahead of the final — taking place on January 28 — we want to know who your favourite is to win Uuden Musiikin Kilpailu 2017 and represent Finland in Kyiv.

In the actual final, the winner will be chosen by international juries together with the Finnish public, but for now you can be the judge. You can vote for as many songs as you’d like, but you can only cast your votes ONE time. Be sure to click the box next to each act you want to support before pressing submit. We will close the poll and share the results before the grand final.

1. Emma with “Circle Of Light“

3. Günther & D’Sanz with “Love Yourself“

4. Anni Saikku with “Reach Out For The Sun“

Poll: Who should win UMK17? 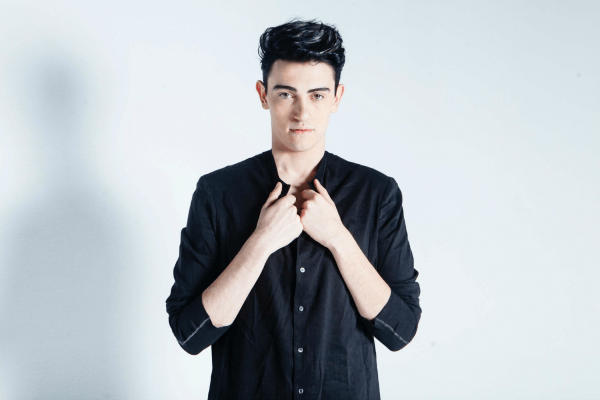 Sanremo contestant Michele Bravi comes out: “I was in love with a guy for two years” Poll: Who should qualify from Heat Two of Hungary’s A Dal 2017?

Emma seems to be a fan favourite and I don’t blame those who like the song. I like it too. However, I’m not sure it’ll do well. Blackbird actually is my favourite song at UMK, though it has this melancholic and sad feeling. Lauri’s song is also interesting, in Finnish with a modern sound.
My top 3 here: (random order):
Circle of light
Blackbird
Helppo elämä
I think if any of these songs go to Kiev, Finland will qualify. I’ll be ok with one of them.

Lauri and Emma are the best. But knowing Finlands track record they will choose Gunther or something even worse

Because fan from this site and from other expect to Emma be in TOP 5 or maybeeven win with her song, and if she will be from 12 to 20 that wili be flop from tham.
I think Emma if win wiil be Edurne 2015, or Ira and Greta 2016, fan favorite who from fans expect to be in TOP 5 or win but they flop in final or even not go to final

If I could vote for a second, it would be Helppo Elämä.

It obviously has to be Emma

Circle of light is such a NQ-song. Please give me Perfect Villain, Blackbird or Reach out for the sun.

emma, alva, lauri, norma john, all really great
so looking forward to one of their victories
if la perse or gunther dear god im going to freak

I really like Emma’s song, and I LOVE ZÜHLKE’S song, it is so different, out there, and amazing, and she puts the finishing touches at the end with those carried vocals, if either of the two win, I will be very pleased!

@PP; just wondering – how is 12th – 20th in the final a bad result? It would prove that Emma isn’t overrated at all since it would already be amazing for Finland if they would qualify again after two years being stuck in the semi.

My fave is Emma too, obviously. It makes me think of “Hear them calling me” (which was my winner last year) but by far not as good.

It’s Emma for me, followed by Lauri!The others are just average to horrible for me! Let’s hope Finland doesn’t pull a “Finland” and something mediocre or awful. 🙂

EVERY YEAR WE CAN WATCH TO FINLAND WITH A BAD ELECTION AND LET IN THE GARBAGE GREATH SONGS.

Perfect Villain and Circle of Light are the only potential qualifiers here. Staging will decide who wins next Saturday between these 2. Despite many knocking Zuhlke for the chorus lyrics, Finnish televoters (and probably many international juries) probably won’t even notice it.

Norma john is still my favourite by far. They have an amazing song and with good staging it could be a dark horse at Eurovision. I also think Emma with circle of light is soooo overrated! It’s a nice song but nothing stands out and nothing is original.

Emma may seem quite overrated, but she definitely has the highest chances of qualifying, and her song has the best composition of all. Emma for the win!

It’s got to be Arrows. Circle of Light is one of those songs that doesn’t go anywhere and lacks a hook.

“No Satan will ever cross the line, we are praying in a circle of Bibles.”

It’s obviously Emma Sandström! The others don’t stand a chance, sorry. Watch the discerning Finnish televoters choose this song, but those useless random juries pick something terrible like last year, though.

Emma is overrated by fans. She wili flop at Eurovision, she look like Emelie form Denmark 2013, but song is weak , if she represent FInald , Finland in final in final from 12 to 20 place.
Norma have better chance in final, TOP 10 placment like The Nehterlands 2013, Norway 2014 and 2015 from 8 to 10 place.
Only Lauri and Lara from song from finish final have chance to go to final at Eurovision but in final place from 18 to 24.

Has to be Emma and it is not even close.
Anything else and Finland probably have another disaster on their hands.

We are talking Finland here, so I’ll be happy if any of my top 7 (which exclude the three trash acts) makes it. My top 3 would be: 1 “Helppo elämä” – This is very modern and obviously the Finnish makes this even better and more special. I’m sure this could do quite well at the contest. It’s fun and catchy. 2 “Reach Out For The Sun” – This has really grown on me. I especially love the instrumental part in the chorus. It’s magical, in a way. 3 “Circle Of Light” – Emma is clearly the safest choice for… Read more »

Quite decent entries with obviously the big favourite Circle of Light being the most polished song of all..However I’m very curious about the staging of it,which i hope doesn’t ruin the vibe of it. I believe that the other artists that actually stand a chance into getting into the final are Norma John,My First Band (although the 2 last boybands of Denmark with better songs didnt make it),Lauri & surprisingly Gunther which is a real guilty pleasure. Songs like Arrows (If Agnete can’t make it with a far superior song then i can’t see it as well) or Perfect Villain… Read more »

He wouldn’t change it to English, he has announced his goal is to win Eurovision for Finland in Finnish.

Emma with “Circle of Light” 😉

I would vote for Lauri if he kept the song in Finnish. I´m sure he´ll change it to english if he wins, so I go for Emma.

Ah, UMK. The national selection where really any song can be chosen. Don’t be surprised if one of the strange acts end up getting chosen, people.

Of course, the problem with a blatantly obvious choice (in this case, Emma) is that UMK won’t choose it!!