The Wiwi Jury — our in-house panel of music unprofessionals — continues our UMK17 reviews. Next up is singer-guitarist Knucklebone Oscar and burlesque duo The Shangri-La Rubies. Did we want to “do the caveman” with them or are we fine with staying in the 21st century? Read on to find out.

About Knucklebone Oscar & The Shangri-La Rubies

Knucklebone Oscar has been delivering his eccentric take on rock ‘n’ roll and blues for decades. He describes himself as a classic entertainer and his wacky persona landed him in a 2013 documentary film entitled “Knucklebonehead”. His sexy UMK sidekicks have a following of their own. The Shangri-La Rubies are pioneers in Finnish burlesque culture, which is apparently a thing. Tinker Bell and TurrboCherry also have their own burlesque school and burlesque club. Naturally.

Robyn: Knucklebone Oscar has been around since the mid 1990s — and this is exactly the kind of cheesy, fun retro rock ‘n’ roll that was hot at that time. Don’t accuse Oscar of sounding like a two-decade-old student band: He owns that retro style and drags it back even further (to the Stone Age!) gleefully yelling “DO THE CAVEMAN!” Not such a good choice for Eurovision, but it’ll be a blast at UMK.

Bernardo: I can’t even evaluate this song properly. Surely it’s a joke act — and that’s about it when it comes to aspects of this that I can respect. Un, deux, trois — goodbye — toilet break. This sounds like a caveman-produced song, but it is not giving that caveman realness. It’s just a mess.

William: At some point in the 1980s I watched The Rocky Horror Picture Show. Knucklebone Oscar and his Shangri-La Rubies are hellbent on taking me back to that day. They say “ready, steady, go” but fail to take us — or their song — anywhere memorable. I fail to believe that this is among the ten strongest submissions YLE received. It’s a gimmick without any charm.

Jovana: I struggle to rate entries like this. I admit that I like to see something fresh, a bit weird, a bit campy and a bit circus-like on the Eurovision stage, but in those cases I pay more attention to the visual show than to the song, which is usually trashy. That is why I listened to the audio version of “Cavemen” and focused strictly on the song. And it is not bad. The music in the background and the melody are fine, and I can see Knucklebone Oscar & The Shangri-La Rubies putting on a good cabaret-like, swing-flavoured show. But the lyrics are dreadful — not even bad, dreadful. I would appreciate this song much more if it had stronger lyrics.

Josh: I can appreciate a novelty act if it makes me laugh, but “Caveman” makes me cringe. I genuinely feel bad for the poor artists who actually have talent that missed out on UMK this year over this garbage. I’ll be using this song as my toilet break this year.

Natalie: Stupid and annoying. No.

Jordi: I appreciate variety and this song definitely brings it. But variety must be joined with quality, and “Caveman” kinda lacks that. I wouldn’t join them at their fun and crazy Mickey Mouse pyjama party. But I do appreciate their willingness to bring the fun to UMK. However, this is not amusing and the lyrics are just monstrous!

Sami: Far from being modern and not really cool enough to be retro, this doesn’t do it for me. Despite the nice instrumentation, the vocals together with the lyrics are just off-putting. One bonus point for The Shangri-La Rubies. They are stunning.

Before calculating the average score, the highest and lowest scores are dropped. This is to remove outliers and reduce potential bias. We have removed a low of 0 and a high of 6. Slimane or Florent Mothe to represent France at Eurovision 2017? 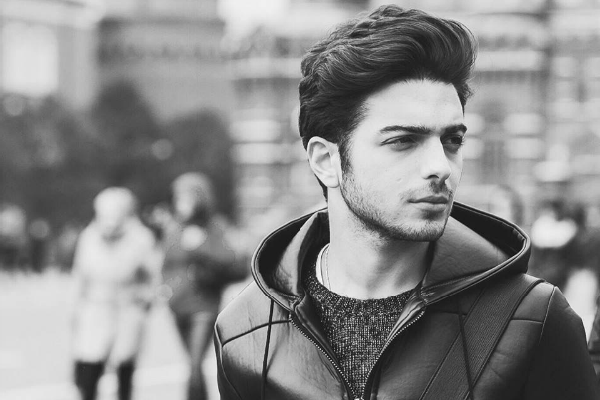 No, this is not a good song. I don’t like it. Funny yes, but not for eurovision.

Why use the German “wunderbar” in the song? Or am I mis-hearing that lyric?
It’s okay for what it is. I prefer it over some of the others from UMK this year.

It’s fun and it sounds good.

I think the hate for this song is unneeded. It’s fun, much better than Club La Persé’s mess. Of course, I’d never send it to the contest, but still.

This is the absolute bottom of the barrel of the Finnish selection. Absolutely abhorrent.

I actually like the chorus, it’s catchy, but the rest is a horrible mess. Overall, it doesn’t really work.

Painful. Nothing fun or entertaining about it whatsoever.

Yeah, this song is pure rubbish. What is the point anyway. What does ‘do the Caveman’ mean? *They* seam to be having fun in the video, but the point is to share that with an audience. It’s my 9th favorite song of the UMK this year. I’d rate it as a 2/10.

Natalie’s response is everything