Hola, España! In just a few hours we’ll learn who will sing for Spain at Eurovision 2017 courtesy of Objetivo Eurovision  — Spain’s national selection which has been going on for months. Shortly after Spain’s RTVE revealed the five internal acts, who will square off against Eurocasting winner Leklein, we asked our readers who they want to represent Spain. After counting 8,195 votes, we can now reveal that Mirela has come out to the top with “Contigo (With You)”.

You can watch the show tonight from 22:05 CET on the RTVE website.

Mirela has tried three times to represent Spain at Eurovision on three previous occasions: in 2007 with “La Reina de la Noche”, in 2008 with “Stronger” and in 2009 with “Nada es comparable a tí”. She’s your clear favourite in this poll to make it fourth time lucky. She received 3,195 votes, roughly 39% of all votes cast.

As well as topping our poll, Mirela is also the favourite to win with the Wiwi Jury. Wiwiblogger Bernardo described it as “a strong club hit contender”, whilst William called it “utterly fun and uplifting:”

From the cheap refrain of baila-la-la-la to the image of beautiful Mirela with her abs out to the use of the phrase “Mi corazón,” this oozes Eurovision clichés. It’s completely disposable and somewhat generic. But it’s also utterly fun and uplifting and the three minutes speed by faster than Edurne’s cape during her Eurovision 2015 dress reveal. One man’s trash is another man’s treasure — and I feel richer for having this in my life! Now get Mirela to Eurovision and on the radio ASAP.

Finishing second in our poll is the youngest candidate for Objetivo Eurovision, Manel Navarro, with his relaxing reggae-pop song “Do It For Your Lover.”

He earned 2,529 votes, or around 30%. Wiwiblogger Luis said that “it’s instantly likeable and so radio-friendly”.

Third place goes to Eurocasting winner Leklein with “Ouch”, who managed to gather 1,382 votes, which is around 17% of the total cast. She was your favourite in the Eurocasting final. Will the lingering support go her way tonight?

POLL RESULTS: WHO SHOULD REPRESENT SPAIN AT EUROVISION 2017? (RESULTS)

Objetivo Eurovision kicks off tonight at 22:05 CET and can be streamed live via the RTVE website. The winner will be decided by 50% televote and 50% by a professional jury. The jury is composed of three well known radio commentators: Virginia Díaz, Javier Cárdenas and Xavi Martínez. Televoting will begin once all candidates have performed their songs.

In case there’s a tie — as with Ruth Lorenzo and Brequette in 2014 — the jury has the power to decide who will fly the Spanish flag in Kiev and not the televote.

What do you think about Mirela’s song? Who are you looking forward to in tonight’s show? Let us know in the comments section below! Poll results: Elina Born is your favourite act from the first heat of Eesti Laul 2017 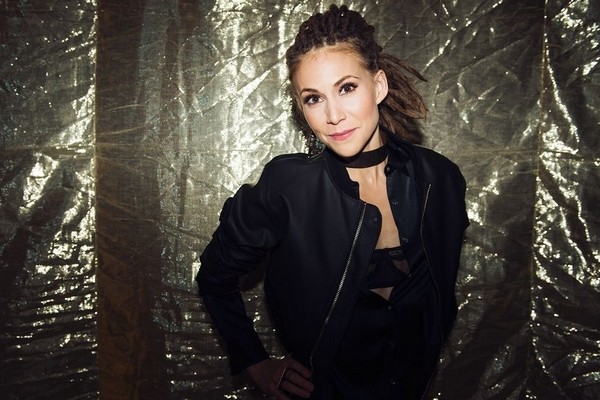 Melodifestivalen 2017: Listen to the 2-minute snippets from Semi-Final 2

Vanuatu how did you know that??The judges strategically gave both leklein and mirela 12 points fewer than manel to force a tie

@Colin – Ty for pointing that out. thats another proof of rigging, the order. People in spain will watch only the 1st entry (Manel’s one). It is Saturday. At 22:00-23:00. In Spain. People will be taking showers and dressing up in order to go out and enjoy saturday night. The only entry they’ll watch will be Manel’s, and by Mirelas turn, people will be out already. And in any case, remember. Jury vote counts more in case of a tie. At the end what people will vote, or for what reason, is irrelevant. Jury will decide the winner, cuase they… Read more »

No, no and no. Im Spanish and I will be embarrassed if we end sending this so-called song. Its totally dated, with lyrics that mean absolutely nothing. We have so much better quality summer songs, just like the ones from Enrique Iglesias, Alvaro Soler, etc, and those are summer songs. This is just a bad try. Mirela deserves to go to Eurovision, but with a much better song like her past attempts. With this song, we will end in the bottom for sure. It is the song every European eurofan is like “wow send this Spain pls” and then nobody… Read more »

Mirela is the only one who stands out. It’s a ray of light and happiness entering through a cloud of boring mediocrity…
Don’t be stupid and send Contigo to Kiev

@Vanuatu – If the finals was rigged in the benefit of Manel, than why did he get the first slot? I believe that if it is rigged, it’s for Mirela. She seams to be a hot favorite and she closes.

Anyway, I believe ‘Ouch’ should have already won. I still stand by *I* disliking the song (cringeworthy ouch part), but it DID overwhelmingly won people’s vote in Eurocasting and all this seams unnecessary.

Personally, I’d prefer if Maika won tonight, but I don’t think it is a realistic option.

LeKlein would be the best choice, if she would revamp her song. I think she won’t do it. That means Mirela is the best by far.

@Héctor couldn’t agree more with you… it’s a real shame.

This final seems rigged towards Manel. One of the jury members (Xavi) is one of Manel’s promoters, and the other 2 are part of TVE’s staff. And in case of a tie, jury decission prevails (which is so weird per se, dont you think? Ussually is the public vote what prevails…). To me this is clearly rigged for Manel. There is a huge conflict of intereses on the Jury. And Manel is the one with the money, Sony Music is behind him and pretends to launch him as a new singer nationally. In addition is easy to expect TVE to… Read more »

Hola teddy!! Will we see you in more wiwi videos??

Contigo!!!! I miss these kind of songs in Eurovision and i still believe songs like Contigo can do well! If this is going to be a year full of ballads, this could do pretty well. You cant compare this to songs that took part in previous years. Give it a good staging and it may work 🙂 My second favourite is Manel, i think he can do top 15.

Do we really need next girl with mediocre pop for Big 5? You are so naive that Mirela or Leklein should do better result than Barei. Spain needs to find something different to shine in final. Maika with rock song or a male singer.

About Mirela, don’t be so critical to up-beat pop songs like that. Maybe it’s cheesy or cheap but it’s uplifting and we need some happiness people!

However, I like Mirela’s song most, but I’m waiting for the final, because I want to see the acts live (expect LeKlein, we’ve seen her). Eurovision is all about live performance.

Let’s see what is going to happen in Spain.

Leklein would flop, the only chance Spain have of a higher finish lies with Mirela and Manel!

mirela clearly has the best song, but i have a feeling spain won’t choose her!

I hope LeKlein wins. Not only because she has the best song but also so that Spain can learn that Eurocasting was the way to go and should have been the entire selection process.

Mirela for the win!

With Mirela, another fiasco and flop for Spain in final, prediction from 21 to 26 place and one of strong conte der for last place in total, maybe few points from televote from some countries Portugal, France, maybe Malta and some nordic coutnries who love that vibes Norway, Sweden, and few points from juries from Albania, Portugal
Only chance for TOP 15 place Spain have with Leklein and maybe Paula

Please, surprise me in live. So far, none of them seam to be top 10 material.

I think Spin My Head would be my dead last of ESC so far. Others would probably vary between 6th and 8th spot on my list, depending on the performance.

Manel should win, if not Leklein or Maika. Anyway, as a Spanish I’m embarrased about the show TVE is going to air. I’ve heard two of the participants have complained about the sound quality (the same issue last year) and TVE also seems to have been improvising it all, since they invited Rybak only 48 hours before the final. The stage looks better than the previous years, but that isn’t enougth. This year we don’t have international jury, however the national jury is more profesional than other years. The most important thing, the songs, are average as best, and their… Read more »

Man, there isn’t a sing song tonight that would take Spain out of the bottom 5. And of course the top 2 in this poll are the cheesy, stereotypical Spanish songs that no one outside of Spain would ever vote for. Get a grip people!