Last year they qualified for the Eurovision final for the first time since 2009. Now Croatia wants to continue their lucky streak by sending Jacques Houdek — Nina Kraljic’s former coach on The Voice  — to Kyiv. He’s got the experience and the voice to make an impact. But will he have the song? We’ll find out on 2 March — the date HRT has set for the big reveal of his Eurovision 2017 number “My Friend”.

After last Friday’s announcement that Jacques will represent the Balkan nation this year, Croatia’s Head of Deligation Zeljko Mesar is feeding us with more information.

During HRT’s morning show Studio 4 he revealed that Jacques has been preparing his big moment for eight months already. That’s what we call ambition! That means he’s been working since June — just a few weeks after Nina returned home from Eurovision 2016 in Stockholm.

But that’s not all. Mesar says that Jacques will have company on stage. He’ll likely be supported by three backing vocalists, a cellist and a violinist.

Perhaps most important: Mesar revealed that “My Friend” is a bilingual song. We don’t yet know the specific languages included. But, given that Jacques’ song title is in English, and given that it will have Pavarotti-influences, we’re assuming English and Italian. Another conspicuous clue is that one of the songwriters is Italian Fabrizio Laucella.

Jacques’ song will be presented on the Croatian National Radio station at 14:00 CET on March 2. In the meantime you can listen to his most recent song Kad nekoga volis.

Jacques has already given strong hints about the content and theme of his song, launching a campaign that encourages friendship and openness.

Last week he asked his fans and followers to upload pictures of themselves and their friends using the hashtag #beMyfriend.

“Remember your friends, make them happy by dedicating a photo to them, show them how important they are to you, make new friends,” he wrote on Facebook. “Let this song and the #beMyfriend campaign be a celebration of friendship, the joy of living and a priceless wealth of love, trust and mutual respect.”

Since then a lot of folks — fans and stars included — have uploaded their pictures, which you can view on the singer’s official Facebook page. Among the supporters is Eurovision 2007 winner Marija Serifovic.

Houdek isn’t a stranger for Eurovision fans. He has tried to represent Croatia several times, but never made it to the show. However, he came very close to victory six years ago when he lost out to Daria Kinzer at Dora 2011.

We can probably expect a totally different presentation compared to his previous attempts. Broadcaster HRT has already revealed that his song will mix different styles and even his outfit is set to stand out by combining multiple looks in one. Sounds promising!

We can’t wait to hear his song for Kyiv. What do you expect from Jacques? Do you think it’s a good idea to mix up languages? Let us know in the comments below! 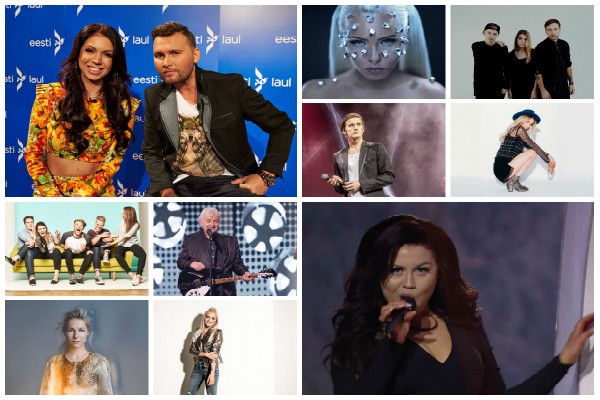 About San Marino – One blog said they were gathering funds to pull out. I haven’t heard anything about an artist since then, but there is still time.

@Frau Von Storch : how could San Marino withdraw now, they probably can’t afford such a thing.

As the song will be revealed in March 2nd, can I comment on sth?

Correct me if I’m wrong, but I think there are also other countries revealing their song around the first days of March (I remember for sure Cyprus and the Netherlands).

What is happening? Why are you waiting so long? Just don’t give us such a lot information in such short time!

I hope Jacques proves me right! I have a really good feeling about this! First of all, he’s been preparing for months. It doesn’t mean it’ll be a good song, as a good song may be written in a few days. But, I have to credit he’s worked on this project. Second, I read he’ll be supported by a cellist and a violonist. This just got me excited, as I’m a fan of entries with musical instruments on stage, especially Balkan countries. So for me, this can be only for a good reason. Third, when I read it’ll be a… Read more »

@ Polegend Godgarina : ”after Marija supported extreme right-wing parties in Serbia, I was told the LGBT no longer claim her there”

I don’t know, maybe you are right, but it depends who told you that.
What I know for sure is that right wing – left wing have different meanings in different countries. I don’t think that she is suddenly against LGBT, or that she is racist. In some countries is only about independence or conflicts with neighbours. I repeat that I don’t know her case.

I dont get it?

@Frau Von Stroch….you don’t see? Maybe but just maybe because of his song since its song contest? Ahahahahahahaha of 200 million people that are watching live show most of them wont know about his interviews and thoughts on gay persons soooooo that will not make almost any effect….

I am seriously disappointed by all your comments. First of all, comparison with Alex Hirsoux is just lame and stupid. Those two have nothing in common except for being overweight, and if that is the similarity you are going for then you should be seriously ashamed. Second, Jacques is entitled to his own opinion. Guess what, not everyone has to agree with LGBT rights and community! As long as he is not doing anything to you or bothering you with his opinion, all is well and everyone can move on. I am seriously pissed on this Eurovision = LGBT thing.… Read more »

@ an esc fan – after Marija supported extreme right-wing parties in Serbia, I was told the LGBT no longer claim her there.

Lol @purple
It was an obvious Axel hirsoux joke by VaLdo.

I believe that Marija Serifovic is wise and LGBT fans maybe will follow her example. In Serbia, I guess that Marija faced more homophobia that other LGBT in west, and if she can understand that Jacques is a nice person, maybe everybody should relax.

@VALDO: I have been informed that those lyrics you posted are actually a parody. Not real, sorry. x

Hopefully Jacques surprises me, he does actually have some good songs

I was thinking the same, yet another person that looks like Axel Hirsoux! And the title “My Friend” sounds like “Mother.” I don’t think Hrvatska will make that mistake especially after a successful comeback last year, so I’m optimistic that this isnt Mother 2.0!

So the qween is singing about a friend of his … of good lord … too much information!!

nahhh this is not the birthday surprise i wanted

He looks like Bojana Stamenov. Except he’s not for equality. Cancelled, bye Croatia.

Go comparrre! Go comparre! Sorry…
Cough. It’s a little bit like a Spice Girls song (Mama) crossed with a car insurance ad at the moment. I do hope this is a joke.

This is how you create an audience…..creating the buzz!

Jacques seems nice, friendly and genuine. I can’t wait to hear his song.
He certainly has a strong voice.

I don’t know why but I’m getting axel Hirsoux from Belgium vibes off him. Let’s hope his song is significantly less tragic than ‘mother’ was. That was one of the lamest stage productions in Eurovision history