The Andra Chansen round of Melodifestivalen 2017 will take place tomorrow. Eight acts from the Melfest heats will pair up for duels, all hoping to win one of the four placed in next week’s grand final. But who should get those places?

The Wiwi Jury — our in-house panel of music unprofessionals — has been reviewing the eight songs competing in Andra Chansen and our favourites are clear.

The Wiwi Jury thinks the  duels should be won by De Vet Du with “Road Trip”, Axel Schylström with “När ingen ser”, Boris René with “Her Kiss” and Loreen with “Statements”.

Loreen was also the overall favourite, with a Wiwi Jury average of 8.37/10. And a shout out to Lisa Ajax, who placed fourth over all in the Wiwi Jury ranking with 6.31/10. Sadly this was not enough to beat her duelling partner, Axel Schylström.

Duel I: FO&O with “Gotta Thing About You” vs  De Vet Du with “Road Trip” Positive: “As a lover of Sean Banan, Samir & Viktor and Freddy Kalas, it’s no shock that I’m in love with this. This is everything my friends are talking about when they say they love Eurovision: silly visuals, fun production and an intense feeling of happiness. I was a nervous wreck when I heard how epic the bass drop was, and by the time the key change came I had almost collapsed. This would be the song to save the Eurovision Ballad Contest.” (Edd, 9.5/10)

Duel II: Axel Schylström with “När ingen ser” vs Lisa Ajax with “I Don’t Give A”

Positive: ““När ingen ser” reminds me of  Andrea Weise’s “Bring Out the Fire” from 2015 – a bold pop performance delivered with a very Swedish sense of showmanship. And I love it. Axel is a brilliant performer, has a great voice and just brings so much life to the performance. Easily the best Swedish language song in Andra Chansen — and it beats a few of the English-language finalists as well.” (Robyn, 9/10)

Negative: “Axel is a talented artist, especially after going through difficult times over the years. But despite repeated listens, “När ingen ser” has still left me feeling empty considering Alice lost out at deltävling 4. However, Axel managed to liven it up with his performance. His stage presence truly shines with a slick choreography, whilst confidently singing in Swedish.” (Anthony, 5.5/10)

Duel III: Boris René with “Her Kiss” vs Dismissed with “Hearts Align” Positive: “This is so energetic, it gets you into the mood immediately. It’s funky, catchy, with some really cool hooks. The refrain does remind me of some styles from the earlier 2000s, but at least it’s is this century, unlike what we see in other countries. The production of the song blends these past styles with contemporary sounds, which gives it life.” (Mikhail, 8.5/10)

Negative: “Easily the most talented former footballer ever to sing at Melodifestivalen, Boris has more charisma than all the other singers combined. The man could charm the panties off a nun — even those who have already ascended to the heavens! But ultimately this is a song contest and his number speaks more to 1978 than 2017. This belongs at a disco night or a costume party, not at Eurovision.” (William, 5.5/10)

Duel IV: Anton Hagman with “Kiss You Goodbye” vs Loreen with “Statements”

Positive: “There are a few people in every generation who redefine music itself. Loreen isn’t a singer, she’s an artist and she achieves a performance that makes “Euphoria” look tame. “Statements” is mind-blowing. With no disrespect to any of the other talented artists in the competition, Sweden would have to be completely insane to send anything else to Eurovision. She’s on a whole other level.” (Antrangic, 10/10)

Negative: “I’m incredibly torn over “Statements”. Although I can appreciate the power of the message and the imagery portrayed during the performance, the song didn’t build into a whole lot and I was honestly a little bored. Returning off the back of such a strong song as “Euphoria” would insinuate a destiny of failure. I don’t think the song is a total flop, but it could’ve been epic and it missed the mark. (Josh, 7/10)

What do you think? Has the Wiwi Jury got it right? What songs do you think should win the Andra Chansen duels? Share your thoughts below!

Netherlands: O’G3NE reveals their song “Lights and Shadows” for Eurovision 2017 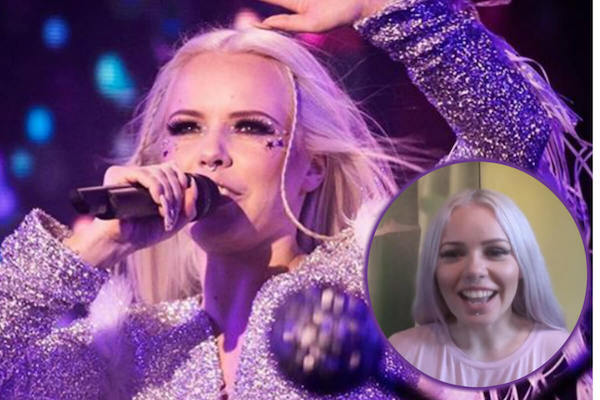 We have same preference Wiwi,
i chose Axel and DVD over Lisa and FO&O

Loreen will struggle to get out alive.

For once I think the wiwi jury has the correct prediction although id prefer FO&O, Lisa Ajax and Anton Hagman personally..

Loreen is overrated! Her performance was boring, and the song is terrible… I’m so sorry guys. :/

I think they’ll make sure that both Lisa and Loreen go to the final, else only 3 female acts… (Ace, Mariette and Wiktoria) and to keep things more intresting and diverse i expect 2 more female’s to join the final. (I don’t forget Aninia ofc!)

Also what i said before somewhere is that 4th has to face someone thats 3th…
which means that boris (3th) has to battle it out with Dismissed (4th), but i really hope that hearts align wins though i didn’t liked it at the second semi.

Yay, the Wiwi jury agrees with me in every category! Let’s hope we’re right. xD

I think the jury scores are only going to get two of these correct….Loreen and DVD. These two winning their battles are fine with me. I want Axel to win, but I think Lisa Ajax is going to. And @PP, yes there needs to be more love for Dismissed and for them to make the final. They would be just as entertaining as DVD. Dismissed is even way more pleasing to the ear too.

Loreen is underrated. She should be higher

Personally, i believe that melodifestivalen needs De Vet Du in the final, just because of their perfomance and their humor. I mean, ok, the rankings are no good, the song is not really great,but who cares, we all now that they are not going to win (and i’m sure they know it too). Melodifestivalen has funny acts every year, most of them make it to the final, and i hope that De Vet Du will make it too. P.S. FO&O have also a good perfomance, but their song appeals only to a very small part of the audience, so i… Read more »

Axel is so overrated in ANDRA CHANSEN REVIEWS AND RANKINGS and Dismissed so underrated in same.

This is the occasion I would support preferences of Wiwi jury. De Vet Du are an epitomy of a guilty pleasure, Axel’s song is really catchy and nice, Boris’ song is quite entertaining and Loreen’s song is a rare breed of great performance art.