She caused quite the stir when she revealed her Melodifestivalen 2017 lyrics, which included the F-word ten times.

Now, in a bid to avoid disqualification should she make it to Eurovision, teen dream Lisa Ajax has swapped the F-bomb for the less offensive word “damn”.

During Thursday’s rehearsal the 18-year-old beauty debuted the new lyrics, intoning “I don’t give damn what the other say.” With Eurovision in her sights, she is clearly aiming for victory.

Rehearsal – Song number 3: @lisaajax with "I don't give a". There has been a lot of attention about Lisa's number due to the f-word that she repeatedly sings. Today we heard a new version where she sings "I don't give a damn what the other say". #wiwibloggs #eurovisionsongcontest #eurovision #melodifestivalen2017 #melodifestivalen #friendsarena #svt #kiev #stockholm #sweden

Ever since Lisa’s song was first revealed there has been a lot of criticism over her lyrics, which included the word f*ck ten more times than is allowed by the EBU.

At the time the EBU confirmed that inappropriate language is strictly forbidden since the Eurovision Song Contest is a family show. Any song that contains inappropriate words may be disqualified and can result in sanctions against the competing country. The rules state:

The text and / or performance of the song may not put the show, the Eurovision Song Contest or the EBU into disrepute. No lyrics, speeches, gestures of a political nature are permitted during the ESC. No swearing or other unacceptable language is allowed in the lyrics or in the performance of the songs. No message that promotes an organization, institution, political messages or other company, brand, product or service is allowed in the show or within the Eurovision area. Violation of the rules can lead to disqualification.

Speaking to wiwibloggs shortly after her semi-final Lisa was non-plussed by the drama.

“I’m not as sweet as you think,” she said. “I don’t think f*ck — it’s not difficult for me to say because it’s an expression. It’s a way to express my feelings and emotions in the song.”

Lisa Ajax’s new version of “I Don’t Give A” 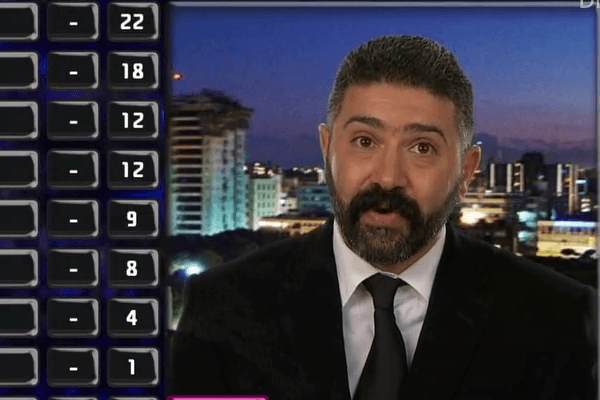 Melodifestivalen 2017: Klitos Klitou not in international jury for the final DISCUSS: Did O’G3NE’s live performance change your opinion of “Lights And Shadows”?

Such a shame that even 8 year olds in Sweden learn to cuss as if it’s no big deal.

Hopefully, Jon and Linnea Deb changed the lyrics! They seem a little aggressive in the music industry, don’t you think? Like, we want to win Eurovision again. Apart from that, I love their job. They create great pop-dance songs!

But what you guys have to understand is that the F word here in Sweden is not a big deal. Every Swedish show basically says the f word, every Swedish podcast says the F word and I’ve seen 8 year olds using that word daily. I understand that some countries does not accept these kind of words but if you come here you’ll basically here it in a daily basis. Btw according to a Swedish news paper Lisa Ajax only changed it for the jury rehearsals tonight (Friday) and you the f word for tomorrow’s show. Ill see tonight (I… Read more »

About the photo of Lisa: Never mind censoring her face, put some clothes over that bra!! 😀

Honestly I think both Lisa and Robin’s teams have made excellent changes for the final of Melodifestivalen. These changes actually make me want to watch the Swedish final a bit more now. (Whereas before, I admit I was a bit unbothered. Four of my favourites went out! Dinah Nah went out, Jasmine Kara went out, Dismissed went out, Loreen went out. And those songs with F-bombs went through. Noooo!)
All is much better now. 🙂

Good that she changed it, but still the song is bad. She stands no chance I believe.

I think the F-bomb suits the song, but of course she has to change it if she wants to go to the contest.

Robin uses Italian sign language saying, I F***ed your mother, so he should not only change his lyrics but his gesture as well.

@Charles: A very unique point, which I agree with. They (meaning Robin and especially Lisa) should have thought this thing out more carefully before they and their songwriters submitted their material to SVT.

@Sarah B.: If that’s true (about the Tolmachevy twins), then I guess Russia has given up trying to win this thing in Kyiv. They should have sent Nargiz Zakirova. She could probably bring them good points with some hard rock.

Cursing isn’t even a big deal I don’t understand why the EBU treats cursing like it’s so horrible while many of the individual countries don’t care.

It doesn’t matter, the song is amazing anyway and the best in the final.

Sweden tried to sound cool with the “F*** bombs” in their lyrics … but … this is not Billboard Hot 100 … it’s Eurovison … drop down a notch from fantasy land … and many Billboard Hits with F-Words included also have the so called “Clean edit” … so why wouldn’t Lisa or even Robin not have theirs too? Just to be cool? Seriously?

What dirty thought!!?
I was talking of feeding him my love!(lol at another Margaret berger referrence)
Isn’t sharing love supposed to be good?

If this is really happening i am done with the contest this year obviously! Please say that u were kidding!

I never thought she’s sweet in the first place. But that’s beside the point. Basically, they removed the only thing that was noteworthy about this sad song. Margaret Berger told us: “For cowards, there’s no reward.” Not that she would have been rewarded with the original version, but this even worse. When you start something like that, at least have the courage to finish it. Would be sweet, tough Lisa. 😉

@Sarah
Considering it’s increasingly looking like Russia won’t be at Eurovision this year, where are you hearing this from?

Phew! I was so worried at first! 🙁

@Sarah Boucher: where do you have this information from?

@riggedObjectivoEurovision keep those dirty thoughts to yourself! Yeah, but I agree with Lisa’s choice.

As far as lyrics are concerned, she actually gives A lol

Not a big difference.

She’s toast. When you swallow more than you can chew, you’re in big trouble. Robin doesn’t have that big a problem.

@Tobias is so hot.
I’d damn him any day.

Yes and he first said that he will change the lyricks of song for MF final, because SVT send preview from MF final to eurovision delegation… and f – words isn t allow by EBU.

Curse words may be there just for a shock value and their absence won’t make a huge difference, but even so Robin and Lisa don’t really have winners songs.

Anyway, they’d HAVE to change them for Eurovision, so they decided that words ‘damn’ and ‘frickin’ would be more acceptable for their odds with international juries.

Doesn’t Robin Bengtsson also have a few f-words in his song too?