During the final of Melodifestivalen 2017 she’ll sing the pop-country number “As I Lay Me Down”.

And, despite the cozy bed on stage, the bookies are not getting any rest as they continue to slash Wiktoria‘s odds to win the Melodifestivalen final on Saturday.

On March 9, as rehearsals unfolded inside Friends Arena, Wiktoria extended her lead with Sweden’s UNIBET. Her odds now sit at 2.35 — ahead of second favourite Nano who has odds of 3.25

When we last checked in on the odds on March 1, Wiktoria found herself neck-and-neck with “Hold On” singer Nano. At one point on that day they both had odds of 2.50, suggesting a proper death match in Friends Arena.

But since then — as Wiktoria has racked up ever-more Spotify plays, even making the UK Spotify viral playlist — she’s burst into the lead, where she now sits comfortably.

Several international jurors have whispered to us that they are in love with her song. Whether that will translate into votes on Saturday remains to be seen. But assuming she slays live — as she usually does — things are shaping up very nicely for the curly-haired diva.

The Wiwi Jury — our in-house panel of music unprofessionals — ranked Wiktoria third overall, though she won top marks from several of our jurors.

wiwiblogger William awarded the song a 9/10. He wrote:

Wiktoria ticks so many boxes: girl-next-door charm, innovative staging, pitch-perfect vocals that balance power and control. Taken together she has the broadest demographic appeal — she’s the woman girls want to be and who guys want to be with. The production is slick and, unlike so many other entries, somehow pared back. This gives the song a purity that allows Wiktoria’s vocals to soar: her harmonies in the chorus are stunning and smack of classic country from Dolly Parton. This song isn’t loud and flashy — and that’s one of its biggest strengths. A potential — and very deserving — winner.

Jon Henrik and Aninia continue to make waves as well.

On March 1 they had odds of 5.25 — having skyrocketed up the odds table following their semi-final, suggesting that they did very well with voters.

And they continue to ride a wave of momentum, having watched their odds fall to 3.75 today, putting them within striking distance of overtaking Nano.

wiwiblogger Josh is in love with the song. In our review he wrote:

Combining his traditional Sami style with Aninia’s powerful vocal in ‘En värld full av strider’ is such a phenomenal move. The song builds to a strong finale and it moves me emotionally. This song is inspired. Sweden should be proud of the ethnic roots of this entry and I couldn’t think of a better way to celebrate diversity in Kyiv than with Jon Henrik and Aninia. Absolutely amazing.

After the top three acts, the odds widen significantly. Robin Bengtsson is fourth favourite with odds of 10, and Mariette follows with odds of 14. Read all of our Melodifestivalen 2017 reviews 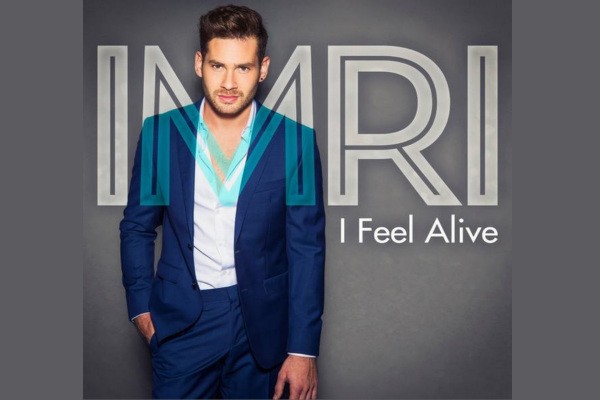 This is fine. Her song seems like it’s in a bit of a hurry, but that’s nitpicking more than anything. My favorite is still Ace Wilder – talk about bringing your trademark style and completely owning it! Sadly it’s only number 55 in the charts though… not a good harbinger of things to come perhaps. Although if the jury feels at all like they did in 2014, who knows?

if wiktoria wins, it will be my dead last. my least favourite genre is country pop so rip sweden if this wins

@Kris – Thank you for responding 🙂

@Stan: At times, I’ve felt the same way as you. Whether Loreen or Jon Henrik showed up or not, I found MESC, Eesti Laul and A Dal to be more interesting this time around.

Isn’t Melfest getting a bit too much attention? It’s a very weak edition this year… I can only see Mariette coming in the top 5… Wiktoria is just irritating, a perfect toilet break in the first semi

@Colin
Sweden: My assessment is the same as yours.
Iceland: Svala has the best song but that performance is ruining it for me.Based on the performances in semi Aron brink/Dadi(with the weird second d)
Lithuania: Lolita would not win. Anyone but fusedmarc or kotryna would be fine with me.No real standouts in the other four.
Norway: Run to your Mamma boy run run run run. I also like In Fusion and Kristian Valen.

I honestly do not get the hype over JHF. First of all, it is too much howling for me this year-. E. and the woods will most likely to win in Norway, so if JHF wins in Sweden, we will have 2 Sami performers- and they will probably cancel each other out, because not only the songs, but their wardrobe choices seem similar.

Jon Henrik & Aninia for the win!!

I want to see Jon Henrik win. Wiktoria, Robin and Benjamin are fine too. Just don’t Nano. Please no.

Partially off topic (but there is no joint thread for this so, sorry): What are your hopes and expectations for the last big national finals Saturday? SWEDEN: There are six songs that I can realistically see winning (Wiktoria, Nano, Ace, Robin, Mariette, Jon Henrik feat. Aninia). I expect to see one of the wiktorius, though 🙂 My pick would be Jon Henrik and Aninia, but I am really happy if it’s Wiktoria or Mariette as well. NORWAY: Several songs sound good, but the problem here is that nobody stands out from the pack thus far. I am interested in what… Read more »

None of the acts are ESC Winners, they aren’t that strong. 2-3 acts are Top 5 material, 4 are top 10 and rest lower top 10.
And yes Jon henrik is leading SVT poll but it’s hardly a convincing lead. 19% against Wiktoria’s 17%. Last year Frans had over 40% of the votes and increased that lead day by day. Much more open field this year..

I do predict Wiktoria will win. The song is so catchy, so good and appeals to a wide majority. My favourite.
I like Robin and Mariette to but don’t see them as winners

If Jon and Aninia win, Sweden’s booked a place in my top 3 behind Alma and Timebelle! Wiktoria would be mid to low-top 10 in my ranking, everyone else wouldn’t come close. I really hope again that the juries and the televoters show Jon and Aninia the love!

Dont forget special snowflake Antranig’s favorite, Anton Hagman! Agree with him or he’ll give your favorites a rate of 0-1.

Sweden has really good songs this year and i’m so curious to see who will win. Personally, I prefer Robin Bengtsson, Nano or Jon Henrik to win.

P.S. In the svt poll Jon Henrik is first. I know that these polls are not so trustworthy this year, but in 2015 and 2016 the predicted the two winners so… let’s see

Wiktoria’s song sucks. Literally anyone but her.

I’d definitely get behind Wiktoria for ESC! Come on, Sweden, you can even get your seventh Wiktory!

For me, Jon Henrik feat. Aninia is first, then Wiktoria, then Mariette, but all 3 are awesome and would get really far!

Hope for Jon and Aninia.
Why Wiktoria is moving her fingers all the time when she holds the microphone?

Even though it may no be very likely I’m rooting for Mariette and Robin!

I’m glad to see Wiktalent is the frontrunner. I always love it when quality wins <3