The countdown for Lisbon continues but before then, Finland’s Eurovision 2018 star and X factor UK runner-up Saara Aalto will be headlining her very own London concert on Wednesday the 25th of April at Under The Bridge in London. And that’s not all! She will be joined by X factor UK winner Matt Terry and a few surprise Eurovision stars.

The concert is titled “Eurovision Wonderland”. Superfans can expect her to perform tracks taken from Eurovision and her national final appearances. Other surprise Eurovision stars will be joining her on stage. And we’ve arranged for four of you to win a personal meet and greet with her. Yes, this is your chance to take a selfie with Finland’s sweetheart!

Matt’s appearance at Saara’s London gig won’t be the first time the duo have shared the stage since their time on X-Factor. They performed together at Manchester Pride 2017 and in Helsinki on Saara’s previous concert tour.

If the rumours are to be believed, SuRie may also make an appearance.  A recent video shows the friendly duo walking along the streets of London’s Camden Town before heading off to a recording session, teasing the idea that we could be getting a duet from the pair soon.

Does that sound like the perfect Eurovision night out to you? Have no fear! Saara Aalto and wiwibloggs are giving away 4 tickets to our lucky readers.

All you have to do is upload a video on Instagram or Twitter singing your own one minute (or shorter) version of “Monsters” using the hashtag #wiwimonsters. Also, don’t forget to subscribe to our YouTube Channel here.

Although this is Saara’s only London date, she is scheduled to open for STEPS on their UK Summer tour. 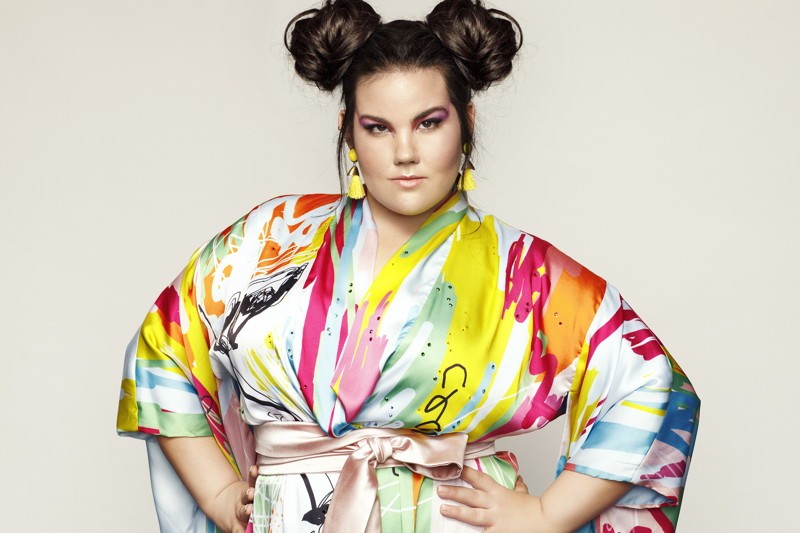 I love wiwibloggs but I’m quite upset with this competition.my daughter loves everything eurovision so she was so excited to see this competition.as she is not old enough to go to any of the eurovision partys.she though this would be a good opportunity to get to see some eurovision artist live.but because she suffers from anxiety and it is so bad sometimes she has days off school for it.there is no way she could stand up and make a video of her self singing.so that’s another opportunity of seeing a eurovision artist live out the window.i think it’s a shame… Read more »

If it’s a random selection of whoever enters, something I might suggest is one of the voice-changing filters of snapchat, she might feel more comfortable with it being sillier.

I really hope she qualifies, after seeing here in Amsterdam I really love her song!

Poor Sara, so desperate…
She knows she may not qualify.

Go get a life