It’s just less than a day to go until Santa finally heads across the world delivering presents to everyone on this year’s nice list. But as you count down the minutes it’s often good to put on a bit of festive music to get you in the holiday spirit (if you didn’t get into the festive mood on the 1st December with the rest of us).

For the first of our new Christmas song roundups we’re taking a listen to what some of our favourite national final stars have released for us.

Be sure to check back tomorrow when we’ll have an extra special present for you, with another roundup of festive songs from Eurovision alumni.

If there’s one thing that’s as certain at Christmas as Grandpa falling asleep in the armchair, it’s the plethora of Coca-Cola-sponsored songs that get released across Europe (just ask Cleo, Freddie and Margaret). This year is of course no different.

In Spain the drinks company have gathered together a number alumni from Operación Triunfo 2017. Aitana, Ana Guerra, Agoney, Lola Indigo and Raoul join forces with rapper Maikel Delacalle on “El Mundo Entero” (“The Whole World”), which is all bout coming together as one: “The whole world is singing / The same song / Its melody is the heartbeat / Of our heart”.

The music video for the song sees the OT stars singing in an empty theatre. They then head up to the rooftop to spread the message across the rest of the town (whilst keeping themselves refreshed with a certain fizzy drink).

In 2019 she’ll be hoping it’s ‘third times the charm’ for her latest bid to win Melodifestivalen, but before the calendar changes Swedish singer Wiktoria has given us her second Christmas single with “I Told Santa”. The song appears on the EP This is Christmas, which also features tunes by Melfest 2018 and 2019 acts Renaida and High15.

Although she might have declared her undying love for her partner last year, things seem to have gone sour over the course of 2018. In this new track the “Save Me” hit-maker wants nothing to do with this person anymore: “I don’t want a Christmas with you / You can take it elsewhere / now that I know you can’t be trusted baby / I don’t want a sleigh ride for two / I’ll sleep by myself / so go play like you do”.

Despite the lyrical content, the song is still rather up-tempo with plenty of glockenspiel chimes to add that festive touch. This no doubt shows that Wiktoria isn’t wallowing in any sadness this holiday and is ready to say goodbye to the man and move on to better things.

Staying in Sweden, another Melfest 2019 act who’s dropped her second Christmas single this year is Lisa Ajax. In 2016 she asked Santa to bring her baby to her. Two years later and it unfortunately seems like he never turned up.

This new track is maybe not as ‘terribly good’ as her previous festive effort. But “Santa Bring My Baby To Me” was always going to be hard to beat. This year’s offering will still no doubt fit nicely on many a Christmas playlist.

Four-time Eestei Laul participant Liis Lemsalu is bringing us some warm and cosy feelings with her winter offering “Sel ööl on tunne” (“This night feels like”). Not a traditional Christmas tune so to speak (there aren’t any sleigh bells involved unfortunately), the song is instead a nice pop tune that fits in well stylistically with the other tracks she’s released from her 2017 album +1.

The song was made for the Estonian film Eia jõulud Tondikakul, which Liis also stars in and is dedicated to the 100th anniversary of the Republic of Estonia. In the music video’s description the Estonian star notes: “I sang about 1 hour of different thoughts on how the vocal could go and everything progressed from there. We knew that the story could be Christmas-like and fit for the film, fully reflecting the brightness of the film and giving the viewer good feelings and warmth”.

Naturally with any song that’s produced for a film, the accompanying music video heavily features shots from the movie. Meanwhile, the rest of the clip sees Liis singing in a beautifully decorated room, decked out with a tonne of Christmas lights.

So what do you think of these festive offerings by national final stars? Which one are you loving the most? Will you be adding any to your Christmas playlist? Tell us all your thoughts in the comments! 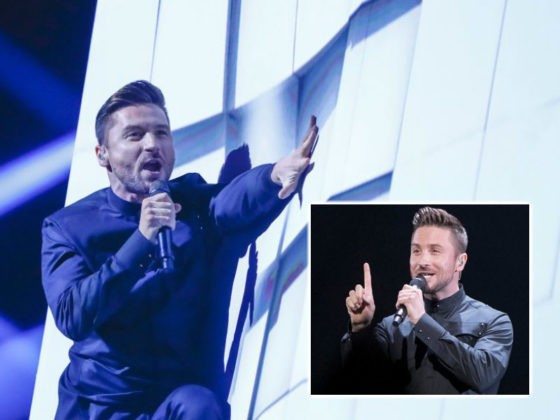 Russia: 5 reasons we want Sergey Lazarev to sing at Eurovision 2019 A programme a day! 8 shows with Eurovision stars to watch during the holidays