Last week, the European Broadcasting Union (EBU) announced that no Russian act would take part at Eurovision in Turin this year. Now, the union has suspended representatives of its Russian members from serving on its governing bodies.

The EBU notes this suspension will remain in effect until further notice. Thus, it will possibly remain in place until the Russian broadcasters have officially left the union.

You can read the EBU’s full statement below:

“The EBU Executive Board, in light of ongoing events in Ukraine, has decided to suspend representatives from its three Russian Members (RTR, Channel One and RDO) from serving in its governance groups, including the Executive Board and all Statutory Committees. This follows the decision taken last week to exclude Russia from the 2022 Eurovision Song Contest.

“In taking this action, the Executive Board took note of the public statement issued by the three Member organizations on 26 February announcing their intention to withdraw from the EBU. A decision taken as a direct result of Russia’s exclusion from the Song Contest. The Members have verbally confirmed to us their intent to leave and we are awaiting their formal confirmation.

“The suspension will remain in effect until further notice has been given by the Executive Board.”

Russian broadcasters depart from the EBU

Last Friday, the EBU announced that there would be no act representing Russia following boycot calls from several countries, including Finland and Estonia. The song contest’s organisers added that participation from the Eastern European country would bring Eurovision’s image “into dispute”. The Russian invasion of Ukraine has brought death, tragedy and turmoil to innocent people.

Russia’s broadcasters subsequently put forward a statement in state media saying they decided to end their membership with the EBU following the country’s disqualification at the contest.

This means that the broadcasters can no longer take part in the Eurovision Song Contest and its related events, including the Junior contest, for which the country had already started its selection. Besides the song contests, the broadcaster will cease to have access to sports and live events through the EBU network. Switzerland: Eurovision 2022 song and act to be revealed on 8 March 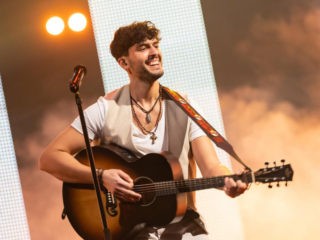 The only way that Russia will be back in the EBU is if somebody either bumps him off or he’s deposed and handed over to the Hague..if that happens they can get back to normal…the mad thing is if/when he takes control of Ukraine he’ll have 44 million pissed off Ukrainians that all want to kill him!!

The religious conservative people in Indonesia are very supportive of Putin (Russia) simply because they hate the West.

If you went on to YouTube and type the keywords “Sejumlah Diplomat Walkout Saat Menlu Rusia Pidato di PBB”, you’ll see those Indonesians I’m talking about in the comment section.

Fellow Indonesian here. I really don’t want to get too political on the comment section of a fun and light-hearted website like wiwibloggs, but I feel like something must be said about this issue. Reading the comment sections of videos showing the staged UN walkout against Russia posted on Indonesian YouTube news channels does my head in. Seeing these so-called hardline Muslim Indonesians supporting Russia’s invasion of Ukraine because the UN and the West have allegedly “ignored” Palestine makes me question our country’s priorities in world politics. I’m here to say that these ignorant people DO NOT represent Indonesia as… Read more »

Little did we know at the time that Manizha and her Russian Women would be the last song by Russia in the contest, perhaps ever!

The funny thing that it was a song about being strong and bringing “the change”. Now when there is more reason than ever to at least try and bring that change, many Russians are busy with denial. Many of them think that the information from the war is exaggerated and fake. Those people are weak and dumb, a pathetic bunch really. Manizas song was more of a wishful thinking rather than representation of the actual Russian women/people.

Ask Manizha that, pretty sure she knows what is going on and doesn’t like it.

Interesting thing to think about. Maybe a prelude to a female leader of Russia. But not that bitch that threatened Finland and Sweden with war.

I guess we have to get used to being neighbor to a new North Korea. Russia will be so isolated after this and Putin will close Russia more and more down to keep people from uprising.
It’s really sad what mad men can do. It’s one man’s skewed reality behind it all.

I totally agree with you it is so very sad

Idk why people say it’s all putin fault, I mean… putin is just a man, he doesn’t decide for the country all by himself, maybe we forget that russia has always acted this way, it always subdued its neighbors for its “safety”. Now these countries are allying with its enemy, Russia has failed to admit that it is no longer the continental power it wants to be.

Russia bombed Kyiv’s TV broadcasting tower, so yeah. These types of measures absolutely apply. If anything, this should be grounds to just kick them out.

Collateral damage to this bombing was the destruction of the Babyn Yar Holocaust memorial.

Because of what Putin calls “denazification”… irony.

I mean yea
.if by denazificayion he means killing thousands of innocent people
(While it possible that very few of them can be nazis)
Then yes

I feel as if what’s happening is only encouraging Putin to do more. America is looking increasingly weak in all of this. This wouldn’t have happened three or four years ago.

JSU12
Reply to  The Voice of Reason

The West, in total, looks weak. We are just saying, “Oh, you are going to invade and kill. Well, we won’t stop you, but we will speak highly of our morals and hit your wallet.” That does not prevent killing.

You understand that if the west helps Ukraine it’s very possible
To have a ww3?

Yes, of course, Ukraine would be much safer under the watch of the man who was impeached for blackmailing President Zelenskiy.

Nils
Reply to  The Voice of Reason

Oh, it would have. Remember Trump threatened to leave the NATO, since he only ever cared about himself. But I’ll give you this: George W. Bush might have already pushed the button at this point.

The real question is can Russian artists apply to the selection processes of other countries? Can they band together can create a board of Russian artists like what is going on in the Olympics after the doping scandal? Or will all Russians continue to not be represented?

Apollo
Reply to  The Voice of Reason

I’m sure Russians can compete if they have connections to other countries.

The Russian diaspora is huge, and they make up a minority in many European countries. 26% of Estonia is Russian and 25% of Latvia is Russian, so I’m sure we’ll have Russian representatives again in the future. Also, Russia as a country won’t be represented for a long time. It might be decades before the EBU accepts them again.

Well, I am sure Phillip Kirkorov will find a way to sneak in.

That’s what I’m worried about! His only options are Moldova and Bulgaria, so I hope they both either blacklist or ban him like the Baltic states did.

Rich
Reply to  The Voice of Reason

This is what you’re concerned about? Really?

ESC Stan
Reply to  The Voice of Reason

Of course they can and they’d be welcomed im sure. The world isn’t against Russia (its people) its against the crimes the government is committing. We’ve all seen russians speak out against this.

I don’t think you speak for the world on that one.

No I don’t. I speak from my perspective.

L’oiseau
Reply to  The Voice of Reason

I think this is a very good question, so I don’t understand the downvoting… Anyway, I think Russian composers and producers making music for other countries should not be allowed in the contest. It’s not fair for them, but it is also not fair what is happening to the Ukrainian people. Having said that, of course nationals from other ESC countries of Russian origin should be allowed to participate. Not as Russians, but as other nationalities. Now downvote me as much as you want!

I feel bad for artists who are totally independent and can’t use some bank apps because of the ban. The poor people are not guilty, they didn’t choose to be born there.
“people getting fired, some can’t get job, some students get drop out of university just because they are russians. Russophobia is not the answer”
Svetlana Dmitrievna (a.k.a LANA)

I think Putin himself announced it in 2014. A long time before that, even. If he didn’t want the place for himself, he wouldn’t have had a problem with them joining NATO.

Russia being expelled from Eurovision is the right decision given what is happening in Ukraine but nonetheless I do feel a bit sad that we’ll most likely never see Russia in the contest again as long as Putin is still in office.

Just remember he is 70, so he will die eventually.

Oh, definately not enough. I am hoping for assassination, revolt, poisoning, or just sheer dumb luck that he gets hit by a bus or drops dead. I still think the world could send an elite team to kill him with no one knowing or saying anything.