The United Kingdom is officially confirmed as the host country for Eurovision 2023. Since then, cities all across the nation have put themselves forward to host the event. One such candidate is the city of Birmingham, the heart of central England, and the UK’s second biggest city.

Despite being the last British host of Eurovision, back in 1998, several prominent political figures in Birmingham (or ‘Brum’ as locals call it) have made it clear they want to see the contest return to the city. Birmingham has two of the top three largest indoor arenas in the UK (just being pipped by Manchester Arena), giving two options for host venue; though, it is seeming that the Resorts World Arena is likely to be the choice placed on the bid.

With Birmingham wanting a golden decade after just hosting the Commonwealth Games (more on that later), could we be heading to the Midlands for Eurovision 2023? Here are ten facts about Birmingham.

1. Birmingham has the youngest population in Europe

Just under 40% of the population of Birmingham is under 25. This means Birmingham has the youngest population of any city in Europe. This is perhaps not too surprising given the fact there are five major universities in the city. The city has an exquisite nightlife with areas such as Broad Street and Brindleyplace offering a lively scene, attracting a diverse and young crowd to the city.

2. Cadbury’s chocolate is a Birmingham icon

One of the most iconic British brands in history, Cadbury’s chocolate was founded in the city back in 1825 by John Cadbury. Today you can still visit the original factory (where chocolate is still made) and it is a colossal tourist attraction – Cadbury World. Visiting Cadbury World is a staple of British kids’ childhoods, and it smells absolutely dreamy. The attraction shows you the history of the brand right from cocoa being discovered by the Aztecs, through to the latest innovations today.

The Commonwealth Games are like a mini-Olympics, with 72 nations and territories competing to be champions. This year’s hosts were Birmingham, with exciting celebrations going on all over the city. Gymnastics were held in Eurovision 1998’s venue, the National Indoor Arena. Boxing and Netball were hosted in prospective Eurovision 2023 bid venue, Resorts World Arena. The closing ceremony took place on Monday 8th August – and Birmingham momentarily moved into first place to host Eurovision 2023 with the bookies after an extremely successful hosting.

4. The first football league was founded in Birmingham

The first ever professional football league system was created by William McGregor. He was then-director of Birmingham’s very own Aston Villa Football Club in 1888. Aston Villa still play in the Premier League today (…and this wiwiblogger in particular might just be a fan). There is a statue of McGregor outside of Aston Villa home ground, Villa Park, to commemorate his achievements. He created what is now both the first and biggest league in the world.

It is known that J.R.R. Tolkein was inspired by Moseley in the south of Birmingham when writing The Lord of the Rings, where he once lived. The people and the places gave birth to the creation of one of the most iconic literary series in history! Alongside this, many people will know the TV series Peaky Blinders too, a proudly Brummie show, based on a real-life youth gang from the 1880’s.

6. Birmingham has more canals than Venice

No, really. Birmingham is full of canals, with many tourist attractions alongside them, such as the afore-mentioned NIA, the National Sealife Centre and many bars and restaurants. Birmingham boasts 35 miles of canals, whilst Venice in Italy has 26 miles. Birmingham was the original industrial city in the UK, and canals were built to transport goods all over the United Kingdom back in the day.

A post shared by Birmingham 🇬🇧 Life in Brum 🤘 (@birmingham.life)

London may have the thriving and world-famous West End theatre scene, but the busiest theatre by visitor numbers in the UK is actually Birmingham’s Hippodrome Theatre. The theatre has a rotating cast of top musicals touring, as well as original productions and workshops. The theatre sees 520,000 visitors a year in the venue, which has just under 2,000 seats.

8. Europe’s largest library is in Birmingham

The bookworms in the Eurofandom rejoice! If Eurovision were to be hosted in Birmingham, you could visit the city’s library, the largest in Europe. The 31,000 square metres of space is filled with whatever books you could ever need, including a collection of renowned and rare Shakespeare works on display in the Shakespeare Memorial Room. The library is one of many buildings in the city with unique architecture, and was opened by feminist icon Malala Yousafzai back in 2013. It is also situated just off the Grand Union Canal, right behind the National Indoor Arena, Eurovision 1998’s host venue.

9. The Jewellery Quarter in Birmingham makes over 40% of the UK’s jewellery

Birmingham has a section outside the centre called the Jewellery Quarter, where there are somewhat unsurprisingly an intense quantity of jewellery manufacturers and stores. Some of the most unique items are made here, as well as iconic works such as the trophies for tennis grand-slam tournament Wimbledon and the trophy for the FA Cup, the highlight of the English football calendar. The district makes approximately £435.2million worth of jewellery annually.

Led Zeppelin’s lead singer, Robert Plant, is a Brummie and that’s pretty cool in itself. But in addition you also have Ozzy Osbourne and the rest of Black Sabbath, and Judas Priest all being from the city. Maybe if it’s hosted in Birmingham the UK can send a metal act to rival some of Finland’s finest?

What do you think of Birmingham? Would you like to see Eurovision head to the heart of the UK? Let us know in the comments below. You can also vote in our poll for your choice of host city. 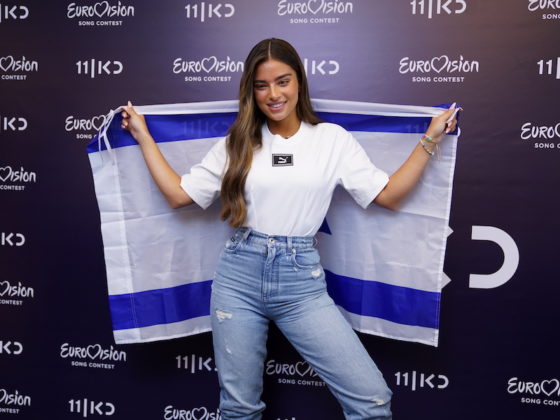 Birmingham would be a wonderful host with a proven track record of hosting international events. We are young (not me personally!) vibrant, diverse, tolerant, funny and friendly. Most of the haters have never even been so don’t listen to them!! ?