Wiwi’s readers cast a total of 8,318 votes in our first semi-final prediction poll. If the results are anything to go by then the first semi-final is a three-horse race. Greece’s Eleftheria Eleftheriou leads the pack with her song “Aphrodisiac.” She earned 1,300 votes, or 15.5%, suggesting that her song really does turn Europe on. It looks like replacing her sexy male back-up dancers with some rather plain females hasn’t hurt her chances of winning.

She’s followed closely by Cyprus’ Ivi Adamou. The Cypriot-born beauty, who sometimes sounds like a tired transvestite when singing in the lower register, finished second with 1,083 votes (13%). She squeaked past Romania’s Mandinga, whose impressive PR campaign included filming two videos for Wiwi’s readers: a special message from Elena—and a workout video by her male instrumentalists. That helped nab them 1,083 votes, or 12.6%. 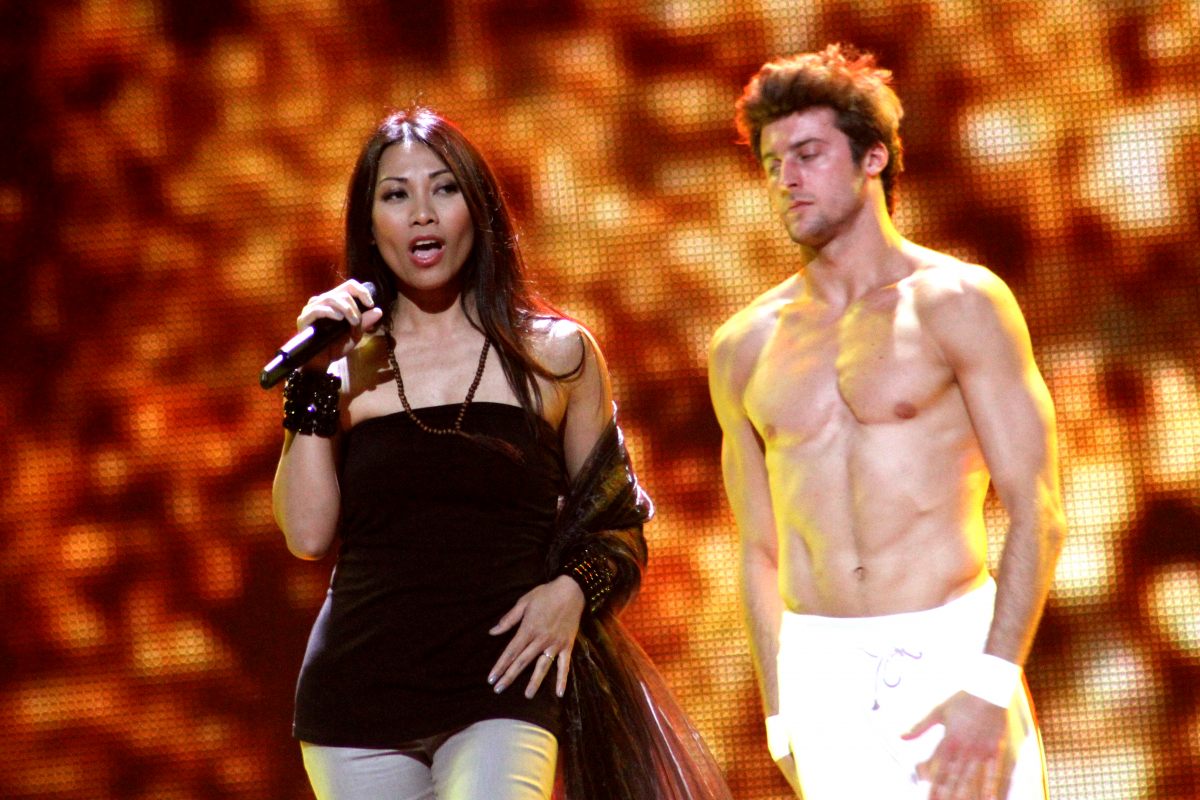 Romania will win, hands down.

Wish people would stop voting for the “Comedy Relief” act Russia has submitted. It’s such a slap in the face to ESC when there are so many real talented singers out their that should be representing Russia instead of this farce. I had the same opinion when the UK submitted that stupid Muppet turkey years ago. This is a song contest. Artists work damn hard to get noticed and its a shame that their talents are just ignored so some political smack can be ushered just to appease a small percentage of government heads. Only shows how much they really… Read more »

No, Greece will not win the 1st semi-final. But she will make it to the final!

I can definitely imagine Eleftheria making it to the final BUT I definitely can’t imagine Greece winning the First Semi-Final overall.
My money’s on Denmark to win overall, Romania to win the Televoting section and Albania to win the Jury’s section.

I hate most of the songs in the top-10 except for Albania, Iceland, Denmark and Switzerland. Montenegro fifth? I doubt this poll is realistic

Yuck. yuck yuck yuck. I’m going to need Romania to bring it and knock Eleftheria out of the top spot!