Over the last while, between national finals and the contest itself, we’ve all been a bit caught up with Euro-fever and the goings on in Copenhagen. This has been to the detriment of certain past stars who were silly enough to gift the world with new music at the height of ESC madness, when nobody was listening to them. But since we love all our Eurovision contestants equally (well most of them), we’ve gathered up some of the tracks which got lost amidst the melee, and we’ll be sharing them with you over the next few days.

Her hell machine may be gathering rust in some far-flung Ukrainian scrap yard, but Loboda herself is stronger than ever. Following on from the success of last year’s “Under the Ice“, she delivers another club belter in the form of “Forbidden City”. The pulsing beats and rousing strings fuse to produce a hook laden ear worm – and just in time for the summer dance floors.

Marija’s latest album – “Hrabro”/”Courageous” – is cram packed with songs by big name writers and producers who have worked with the likes of Milim Stankovic and Moje 3, but for obvious reasons this was the track which grabbed our attention. “Bitter Courage” is a rather restrained effort in comparison to what we’ve come to expect from the 2007 winner. Without her trademark over-the-top angst, Marija fails to take off and the whole thing feels a bit flat. Rybak contributes little, providing instrumental backing but no vocals. You’d wonder why they even bothered to draft him in.

Celine Dion with Miss Piggy, Kermit, and The Muppets – “Something So Right”

For many the use of the words “puppet” and “Eurovision” in the same sentence invokes feelings of horror and dread. Dustin still has a lot to answer for. Thankfully, “Something So Right” goes a long way towards redeeming the reputation of Eurovision/puppet collabs, as Miss Piggy joins forces with Celine Dion in this love song to Kermit. It’s completely nonsensical – they sing of green pigs and pink frogs – but so what? It’s Celine Dion and The Muppets. On the same track! Enough said.

If you’ve got a qualifying formula why change it? Birgit and Ott certainly haven’t felt the need to stray far from their respective Eurovision blueprints. They’ve mixed things up slightly, Ott has reigned in his vocals and Birgit sounds a bit more upbeat. But essentially this is one for existing fans. If you don’t already like beige MOR Estonian ballads, this isn’t going to be the song to convert you. On the other-hand, if this is your kinda jam you won’t be disappointed.

At Eurovision the modern day Viking gave us a delicate heart felt ballad. However, unlike other performers, he is determined to evade categorisation. Earlier this year, he released an eclectic debut album, with “I Trust The Dark” being the stand-out track. The rock and jazz fusion is completely different to “Eg a Lif” yet it is undeniably Eythor. The up-tempo number sets him out as an artist unafraid to experiment across musical genres and leaves me eager to hear what he comes up with next.

Photos: All from the respective artists’ Facebook/Youtube accounts 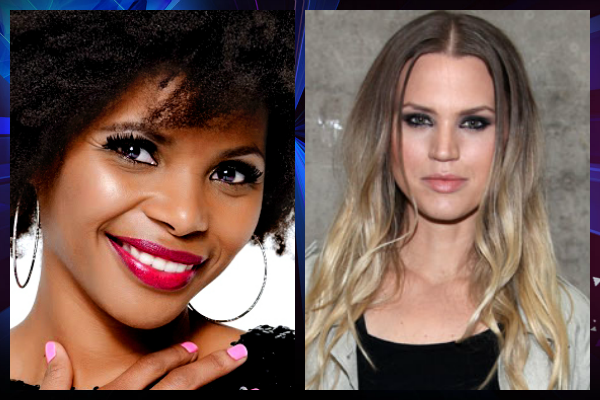 POLL: Which national finals runner-up should have been in Copenhagen? I love Eythor Ingi! Thanks for sharing these! I downloaded his album, it’s great.

Thanks for sharing these, Padraig – the whole reason I love ESC is listening to songs in another language! Eyfor Ingi sounds GREAT, and there’s nothing wrong with a little Baltic Beige from Estonia! (By the way, was Birgit’s baby a boy or a girl???)

As Cheesecake said, could you also speak about Sinplus? They just released their third single “Love is Free” after “Phoenix from the Ashes” and “Up to Me”. Could you please make a article about them and their new album “Up to Me”? This one is really great and you can find it on ITunes. There’re no Eurovision blog who speak about it and I think they deserved it.

Don’t worry Cheesecake, we haven’t forgotten about Sinplus. A review will be published soon. 🙂

I love Svetlana and this is a very nice song, thanks!

What about Sinplus? Their new single is called “Love Is Free”.

It’s time for Muppets to participate in Eurovision song contest! I know they are Americans but WHO cares? Hannah is American also but she participated with Slovenia in 2013! WE WANT MUPPETS IN EUROVISION!!

i LOVE that estonian song!