Tu cara me suena, the Spanish edition of Your Face Sounds Familiar, has been serving up Eurovision realness for weeks. And last night’s episode was no different as we had a brush with two Eurovision stars — one real and one imagined.

Ruth Lorenzo — Eurovision 2014 diva and a sister dear to our hearts — had the daunting task of tackling Mariah Carey’s Christmas classic “All I Want for Christmas Is You”. Many have tried, and many have failed.

But RuLo, who has already slayed as Conchita Wurst and Amy Winehouse on the show, took it all in stride. Vocally she held her own, giving us flourishes, high notes and plenty of attitude. Visually, she proved to be a Christmas chameleon as she morphed into Miss Carey with a dollop of bronzer and an outfit that captured Mariah’s sexy-but-sweet look from the official music video. Seriously: there is just one thing we need for Christmas and it is Ruth doing Mariah (not Maraaya)!

Pablo Puyol has a lot in common with Eurovision 2015 winner Måns Zelmerlöw. He’s a singer and a dancer, and he has a body that just won’t quit. So when he walked out in a form fitting shirt and some leather trousers, we knew we were in for a treat. What we didn’t know was that he’d masterfully re-create Måns’ LED backdrop, finger snaps, and side steps. It’s enough to make us forget the occasional intonation problems. Pablo, you are fierce! 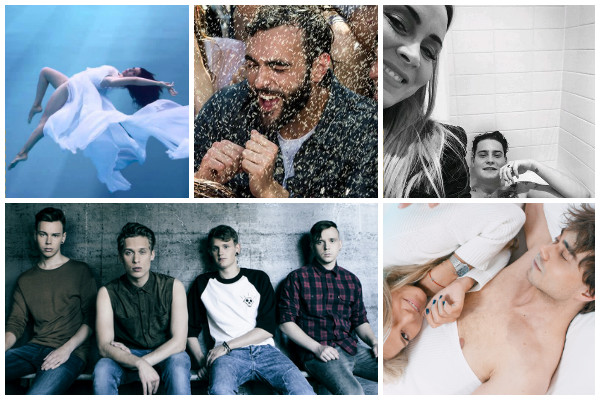 A taster for what’s to come? Malta’s Ira Losco releases “Haunted By Love” Can’t stop noticing the irony here … actually the doble irony …. In 2014 when Ruth was picked as the representative of Spain for the Copenhagen edition … a complete outburst within the ESC fan bubble and within the Spanish fan group erupted to such a degree inimaginable because they wanted Braquette with her “Más (Run)” which ended up as runner-up .. a reminder of how we used to be as kids winning for a toy or candy we could not get in a time when we’re supposedly adults enough to handle choices and decisions with the maturity and the… Read more »

I love Tu Cara Me Suena so much! I watch every show. But my favourites are Adrián Rodriguez, Ana Morgada and Silvia Abril. 🙂

This show introduces me to many addictive songs I never heard before like “Humanos a marte” or “Propuesta indecente”…. also the Spanish Heidi theme song is now one of my favourite tunes to listen to.

Pablo did it more than great!
He was a fair winner of the night!
Congrats on Tinet Rubira for the big show! The performance was unbeatable!

Pablo was awesome, he did a perfect show. As he won he donated – once again – his 3000 euros to an animal shelter. Pablo Puyol is not only a talented artist, but a great person.