Do you remember Eurovision back in the ’90s? If so, you’ll recall that many countries joined the party for the first time, including Poland. Following in the large footsteps of Edyta Gorniak and Justyna Steczkowska, Kasia Kowalska became the country’s third representative with “Chce znac swoj grzech…” in 1996. It’s been a while since we last heard from her, but she’s right back on our radar with the release of her new single “Aya”.

The track isn’t what you’d expect from an old-school star. Moving away from the balladry of 1996, “Aya” has a contemporary rock vibe, yet it also sits at a crossroads of some interesting musical paths. The mixture of beats and screams creates a futuristic feel. Kasia channels her inner warrior, mirroring the song’s message of empowerment. She sings of finding your own way in the world and facing all the difficulties head-on, telling us to throw away the negative destructive emotions and to embrace ourselves. It’s powerful stuff, which gets you right in the feels. This isn’t another love, love, peace, peace ballad!

“Aya” is Kasia Kowalska’s first new release in seven years. She’s one of Poland’s bestselling artists having sold more than 1.8 millions albums. Unlike many other performers who only became famous after Eurovision, she was already hugely popular before representing her country at the 1996 contest in Oslo. Her hugely successful debut album landed in 1994. And she made history at the 1995 Sopot Festival by being the first artist to win over both juries and televoters with “A to co mam”. Kasia finished a relatively disappointing 15th at Eurovision, but that didn’t stop her from dominating the Polish music scene for years after. Judging from “Aya”, she’s ready to dominate once more.

Do you like “Aya”? And do you want to hear more from Kasia? Let us know in the comments below. 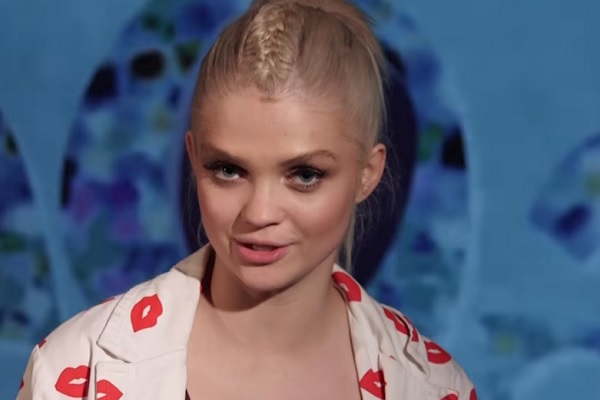 OGAE Second Chance Contest: Our readers want Poland’s Margaret to win with “Cool Me Down” I come from Poland and I think new single of Kasia Kowalska is the best in her career. 🙂 I love psychodelic songs.

I remember very vividly Kasia’s entry in 1996 hunting and emotional ballad, whose final score was disappointing but does outshine the true qualities of her song. Pretty sure cynics will say this is too boring and too “Suus” … and you know what … anyone who loves a Britney Spears song like loving their own mother can’t really understand anything else, so I can deal with that just fine.

Even though I am not that interested in JESC anymore, I wonder where your article about Polands return is. It is the biggest thing happening since. I thought that it wasn’t possible, it was 12 years ago they last participated, both times they participated, they came last.

And where are the detailed wiwivision results with detailed rankings per jury member(like every juries top 26/25/18), and semifinal results?

Why don’t you write anything about Poland’s big return to Junior Eurovision, wiwibloggs?

This song is awesome, true masterpiece