More rumoured acts for Melodifestivalen 2018 continue to roll in. Aftonbladet reports that five-time Melfest legends Alcazar have been approached to make a sixth appearance, while singer-songwriter Ida Redig, royal wedding songwriter John Lundvik and YouTube star Olivia Eliasson are due to make their Mello debuts.

The legendary disco trio are no strangers to Melodifestivalen. They’ve competed five times before, and placed third three times, most recently in 2014 with “Blame It on the Disco”. Now SVT wants them back for a sixth time. But Alcazar aren’t ready to say yes quite yet.

But Aftonbladet reports that the trio will only do Melfest with the right song. They have reportedly already turned down one song from an established songwriter. Now the search is on for the right number to make their sixth Melfest appearance.

Singer-songwriter Ida Redig will reportedly make her Mello debut. She’s performed in both an acoustic, folky style, and more recently in a stronger synthpop style. As Aftonbladet notes, she’s a favourite with listeners the Swedish youth radio station P3.

John Lundvik is a former champion relay sprinter, but he’s also a singer-songwriter. His best-known work is “When You Tell the World You’re Mine”, a love song written for the 2010 marriage of Crown Princess Victoria and Daniel Westling. This won’t be his first time at Melfest — he appeared in 2014 as the songwriter of Anton Ewald’s “Natural”. Lundvik was rumoured for Melfest 2017, but will apparently make his debut on the show in 2018.

Young singer Olivia came to fame four years ago with a YouTube cover of Anton Ewald’s “Begging”. She’s now signed to the same management as Ewald. Earlier this year she released her debut single “Do You”. Olivia will reportedly make her Mello debut in 2018.

What do you think? Can Alcazar score their first Melfest victory? Who do you want to see competing at Mello this year? Share your thoughts below! 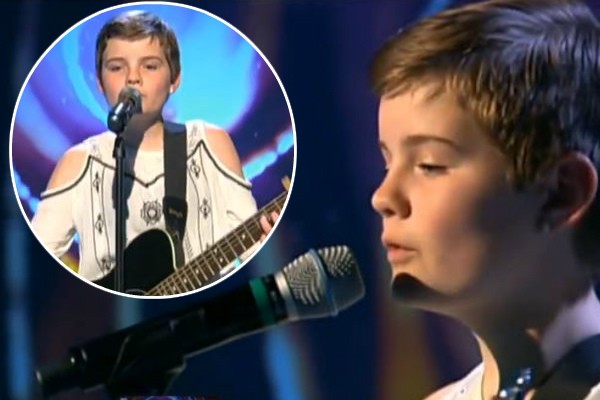 if they couldn’t win Melfest emerging from a giant disco ball in shiny outfits, they never will.

For the love of God, somebody tell them they’re outdated, ridiculous and dull. The late 90’s era with all those bands for kids (S Club 7, Steps, Aqua and so on) are over like….over 20 years ago… Please, just give up…split, retire, go solo (although the ridiculousness factor will continue on solo careers, too)…

@Geo: You beat me to it. Their only claim to fame is a hit heavily sampled from a Nile Rodgers-produced tune; namely, Sheila and B. Devotion’s 1979 hit, “Spacer”. Except for a 2004 follow-up to 2000’s “Crying At The Discotheque”, what have they really done lately, after 20 YEARS?

Like Samir and Viktor, they are there (once again) as filler.

IF Alcazar Winns mello, they Winn in Portugal. Welcome to Sweden next year

YASSS! Love them. Whether they win or not, always enjoy their in your face shclager and all. Bring it on! 🙂

Yeees please… I need that trashy disco schlager sound to come back to Melodifestivalen. And if it’s with Alcazar with all that Botox in Lina’s face, that oily Andreas forehead and that natural kolestone ash blond of Tess… Disco divas rules!

Sweden being inspired by San Marino for next year would be something else.

Nothing inspiring yet… But I keep my hopes high…

Blame it on the Disco was THE guilty pleasure single of 2014 so, come thru

I have nightmares about Alcazar coming back to Melodifestivalen