The final of Lithuania’s Eurovizijos atranka 2018 is almost upon us, but we start with this weekend’s first of two live semi-finals. And after being eliminated from the quarter-final, Greta Zazza and Ruta Loop were given a second chance earlier this week as the two wildcard winners.

Sadly, it was a short-lived return for Greta Zazza as she agonisingly missed out on a place in the final as one of tonight’s seven acts from the first semi-final. Jurgis Bruzga confirmed his place as tonight’s winner and will be joined by The Roop and Kotryna Juodzeviciute.

Ahead of tonight’s show, the Wiwi Jury — our in-house panel of music unprofessionals — had plenty to say about Jurgis. Wiwiblogger Lukas said:

This song and the entire performance are very similar to last year’s effort from Robin Bengtsson. Still, this is a strong entry and maybe the best from all of Jurgis’ attempts. “4love” has a catchy chorus and builds quite well. Maybe there is a bit too much electronic sounds because it gets a little annoying to listen to. But overall this did stand out and is a strong entry this year. Do you agree with tonight’s results? Let us know on the comments box below and you can watch the show again here. 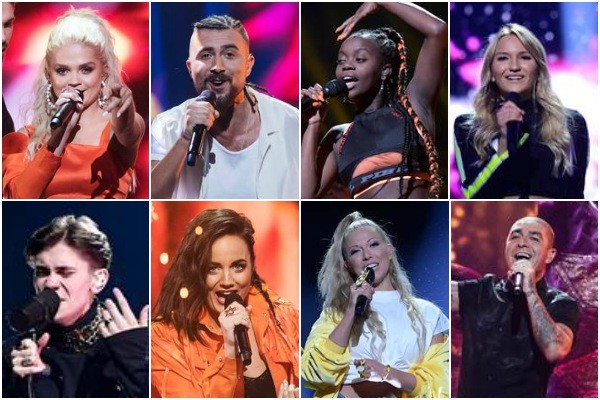 Melodifestivalen 2018: Who should win each Andra Chansen duel?

Ukraine: Mélovin will sing “Under The Ladder” at Eurovision 2018

Wtf is this? Kotryna is supposed to be first. Smh Lithuania has a chance to take such a good place in the Eurovision with Kotryna, but they vote for Robin Bengtsson wannabe Jurgis.

I really hope his dancers win.

You mean a chance to send Robin Bengtsson?

I will miss Godo. I really liked her performance-song package.

Guys, are u updating the rest of the results before I go out to party? LOL 🙂
Overall, very weak results tonight…

Mélovin for Ukraine and AWS for Hungary!

AWS horrible , is one of the best song ever from Hungary and maybe from Eurovision !!!???

Gabrielius! 🙁
Jurgis’ song is so mediocre. Do not send him.

Now we’ve got Hungary and Ukraine! Danielfy is singing for Hungary (good song, would’ve preferred AWS or Tamas but he’s a good pick) and Mélovin is singing for Ukraine (haven’t heard that one yet).