National finals season may be over, but we know your Eurovision obsession is not. In honor of the selection shows that have now passed, here are 20 more signs you’re a Eurovision fanatic, as experienced by our team of correspondents around the world. Don’t call us crazy. Just call us fans.

1. You refuse to go out with your friends because the Norwegian semifinal is on.

2. You’re an expert in all of the time zones across Europe. So when Latvia’s Dziesma semi started at 9:25pm Eastern Europe Time, you knew that was only 25 minutes after Sweden’s Melodifestivalen semi-final kicked off at 8pm Central European Time. To watch Iceland’s Söngvakeppnin 2014, you factored in Greenwich Mean Time. 3. You’ve mastered the art of having multiple streams playing at once, and know how to maximize space for each of them. 4. You recently had to explain to one of your non-Eurovision friends why this crazy woman was having a meltdown.

5. You survived all 12 weeks of Lithuania’s national selection, and you now know that Vilija Mataciunaite isn’t a hotel on the Baltic. 6. Your joy that “Miracle” won in Romania is overshadowed by your sadness that “Kui tuuled pöörduvad” lost in Estonia.

7. You get the joke in this photo. 8. On March 15 you woke up in Chisinau and later photographed Cristina Scarlat with her curlers in. 9. You listened to, rated and ordered all 158 of the SRF songs in Switzerland.

10. You know that this isn’t a 1980s talk show, but rather Iceland’s national selection. 11. You used 12 different web sites in order to listen to the 15 MGP Finalists because NRK are too incompetent to put clips on their own website and actually do something to encourage people to watch MGP. 13. You signed at least one petition calling for RTP to verify the result that Suzy actually won in Portugal.

14. You wrote the article about Boris Covali’s win in Moldova one hour before he lost. 15. You vowed never to watch #melfest again after Helena Paparizou was sent to Andra Chansen, only to gain false confidence once she got to the Final. You then watched as she finished a dismal fourth.

16. You’ve spent more than a few minutes debating whether the #hashtag is #leschansonsdabord or #eurovisionfrance. 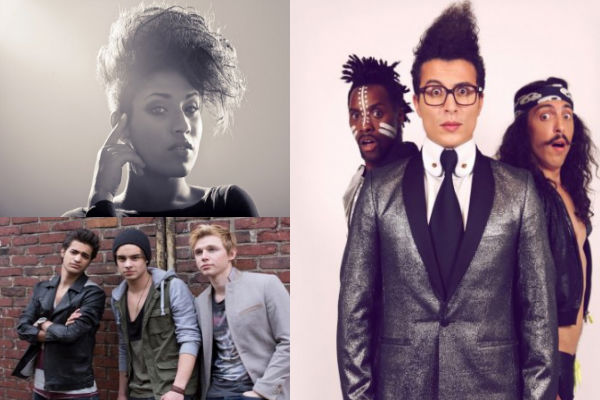 17. You can now say “hello” and “points” in languages including Swedish, Hungarian, Latvian, and Lithuanian.

18. Your heart sank when you realised Italy were going for an internal selection instead of using SanRemo. (But Emma’s video helped you get over it).

19. At some point in March your mouth dropped when you learned that Ace Wilder, at right, is 31. That makes her two years older than Sanna Nielsen. 20. You know that Anggun and Amaury Vassili are not actually ill. They’re just watching Destan. Michael Rune and Natascha Bessez: Look out for us at your hottest nightclub! I’M CRYING (with laughter) AT THIS ARTICLE, IT’S SO TRUE hahahha!!!
– When you’re not afraid to admit you lasted through the entire saga of Eurovizijos :’D

I live in Canada and it got to the point where I basically just memorised which hour in my time zone correlated to the CET times & adjusted from there if needed, lol.

& for Les Chansons, had no idea about the hashtag either, but began writing #leschan.. and the rest automatically filled in indicating that it was a commonly used hashtag lmao.

ahhh good memories from this :’D

@Melissa: Props to you for actually managing to get through that nightmare. The commercials were so numerous too!

I love #11. I didn’t have time to attempt to track down all the Norwegian songs.

I am fan, I have TOP 37 video:
https://www.youtube.com/watch?v=lPJEzLFh5_I

I see myself in most of them! Especially with Helena, and counting in Swedish!

What a good laugh, thanks! After a long day working my brains to exhaustion, only interspersed with surreptitious visits to YT to battle against the heartlessness (casual commenters), end-of-times cries (crazed opponents of Conchita) and silly defence of impossible lies (those pretending to believe Shine is not blatant propaganda), this comes as a refresher. [BTW it is also worth mentioning that many of us become increasingly engaged in YT debating prior to, during and after songs are chosen. Even the ones who have a job, a family and a life!] I saw myself in most, at least partly, except 7,… Read more »

Lol, actually the reason I vowed to never watch Melfest again would be cuz Helena wasn’t eliminated. And I was definitely not cheering for “Miracle”‘s win in Romania, but was cheering for “Kui tuuled pöörduvad”‘s loss in Estonia (Liked the song but it wasn’t my favourite, Tanja’s win didn’t make things any better). Everything else seems a bit accurate.

@dhani: maybe not with Amaury…but Anggun looks like she is about to pass out lol

you can’t tell anything out of that last picture. They show no expressions, so you can’t say that they don’t like destan’s performance. I think it’s ridiculous to say out of that picture lol, cause their faces show nothing

#6 all the way! … except I wasn’t that thrilled about Romania, but I was soooo disappointed when I knew Sandra wouldn’t win I swear I stopped watching Eesti Laul, I completely lost interest in the rest of the show ):

And #17 made me laugh so hard because yeah! I don’t know a thing about swedish, but at least I know how to count to 10! (and thanks to MelFest 09 I also now how to say eleven!)

You survived the bad web stream of the Maltese Nation Final and have the sudden urge to open an account at Mediterranean Bank.

And it got me a loud “SHUT UHHHUUUP!!!” from the waitress at the Times-Square-Bar public screening of Melodifestivalen in NYC (yeah, such a thing exists, it’s amazing).

The waitresses’ added comment was: “It’s because her [Sanna’s] body already sank down rather unflattering.” 😀