Earlier today the Wiwi Jury, our in-house panel of musical unprofessionals, used Tallinn’s free public wi-fi to find dates using location-based dating programs on our iPhones. Our evenings sorted, we then gathered round to review Wilhelm‘s Eesti Laul song “Light Up Your Mind”. Did it shine bright? Read on to find out…

Reviews: Wilhelm’s “Light Up Your Mind”

Angus: The vocal here is haunting and dreamy. There’s an almost Celtic quality to it that adds a darkness which is completely entrancing. It’s ruined to an extent by the unnecessary shifting of gear and pace but hopefully that can be trimmed off to fit with the Contest rules on song length.

Anthony: First of all, the song is way over the 3 minute limit, but that can be sorted out should Wilhelm represent Estonia. It’s a middle-of-the-road soothing song with vocals reminiscent of Lorde, but with a serious lack of oomph, I just can’t imagine this making an impact in Vienna overall.

Chris: This song is perhaps too stripped back and too long for its own good. I like the start and then it sort of gets a bit dull and fades into background music halfway through, before picking back up again by the end. It feels like someone stitched another song in from nowhere. I really like the idea of this – and if edited and staged correctly, this could ruffle a few feathers. As it is, it’s just not quite there yet.

Josh: My mind doesn’t necessarily light up when I listen to this song. Props to the singer for having a nice vocal and brilliant English enunciation, but it’s a little boring. I’m not taken on a journey anywhere, except maybe the land of goodnight. I don’t hate this entry, but definitely not where it needs to be to captivate an audience.

Patrick: I can’t believe that I got goosebumps on second listen. Florence and The Machine meets Adele = AMAZING! It’s such a mystical song with this great voice and those nice instruments! I really like that song because it’s special – although I can see a bad result for them.

Ramadan: This is a solid entry from Wilhelm, much better than their previous entry. But at times it’s disjointed, maybe because the song is too long. Hopefully the song will be better in the short version. I’m usually not a fan of country music, but this has dark undertones that elevate it out. Love it.

Robyn: I like this song, but I wonder if it works better as a recording rather than as a show-stopping ESC hit. The stripped back arrangement sounds great, but it suggests the intimate sound of the song would get lost in a giant stadium setting.

Sami: Her voice is magical and the song is so hypnotizing. I could imagine hearing this on the radio, at least here in Finland. I don’t know if they will reach a good place in Eesti Laul, but this is definitely one of the songs I will listen to on hot summer evenings.

Sopon: It’s very Adele, but seems to go all over the place in rhythms and melodies. This would be very much like “Three Minutes to Earth”, and we all know how that turned out. Still, me likey. WATCH: Trijntje Oosterhuis dazzles with Walk Along at Ladies of Soul 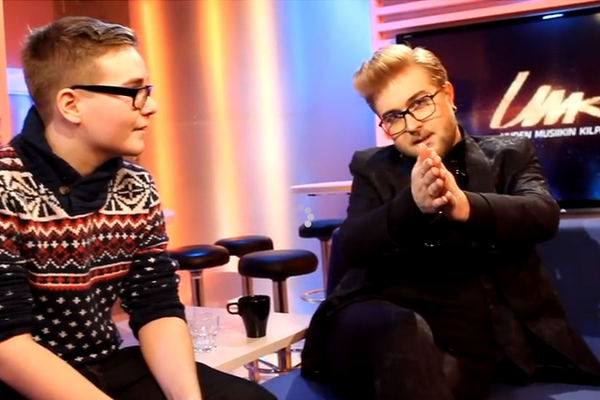 Wilhelm wowed me last year — such refinement and subtle dynamics. Still high on my playlist.
This offering has more accessible hooks, but sparsely sprinkled in a less accessible structure. It’s quality, and I like it, but I’m not sure there’s a winning three-minute arrangement in there.