Fancy a very Eurovisiony night out at the theatre? Do you happen to live near Brno, Czech Republic? Then lucky you! Ralph Siegel’s new musical “Johnny Blue” premiered in the Czech city last week and it was a great success. And how could it not? It features 90% of his Eurovision entries.

For many years, Ralph Siegel has been writing and composing entries for the Eurovision Song Contest. No less than 22 of his songs (counting this year’s Sanmarinese entry ‘Chain of Light’) have graced the Eurovision stage, while 49 more of his compositions have taken part in National Finals all over the continent, from Ukraine to Ireland to Germany to Malta. You may love him or hate him, but no one can deny that Ralph Siegel is a part of the Eurovision history. And now there’s a musical which celebrates that fact.

“Johnny Blue” weaves 38 of those songs around the adventures of Johnny Blue, a talented and unknown blind musician who suddenly reaches success with the “help” of Fred, a mean old friend of his who only wants to make a fortune out of poor old Johnny’s talent. A vile devil who narrates the story while singing to Germany’s 1980 entry ‘Theater‘ and Johnny’s lover Marie complete the cast of the musical.

Does this story sound familiar? Maybe not to the youngsters, but if you’re a more experienced fan (or mostly a ESC history freak) you’ll remember that’s the same story which led Lena Valaitis to second place for Germany in 1981.

The musical has been written and directed by the Czech director Stanislav Mosa, and that’s why it premiered in his home city, Brno.

Around 700 people filled Brno’s Mestské Divadlo theatre on opening night. At the end of the show the public gave a thirteen minute standing ovation. Besides Ralph Siegel, the audience included Dorkas Kiefer, one of the members of MeKaDo (Germany 1994) and Valentina Monetta, the Sanmarinese diva with whom Siegel teamed up in 2012, 2013 and 2014.

Everyone’s favourite Sanmarinese artist (until we met Michele and Anita, of course) must have felt flattered during the show. We don’t know if Valentina could understand any bit of Czech, but she surely she loved hearing ‘Crisalide’ and ‘Maybe’ in Czech. Scroll down to 10:02 in the video at top for ‘Crisalide’ and to 16:00 for ‘Maybe’ (or Mozna, in Czech).

The musical will have 14 more reprises in Brno in June, after this year’s Eurovision, at which Ralph Siegel will fly the Sanmarinese flag once again. So if you still haven’t got plans for the start of summer, you should consider this Czech slice of your favourite contest.

The wiwibloggs team sincerely hopes that Johnny Blue will be a success in Brno, not only for Mr. Siegel’s sake, but also for the Czechs, who will be able to get a broader taste of what Eurovision is like. If Siegel’s musical unleashes the Eurovision-mania in the Czech Republic, it’ll certainly be worth a big party, don’t you think? Poll: Which ex-Yugoslav country has the best song at Eurovision 2015? 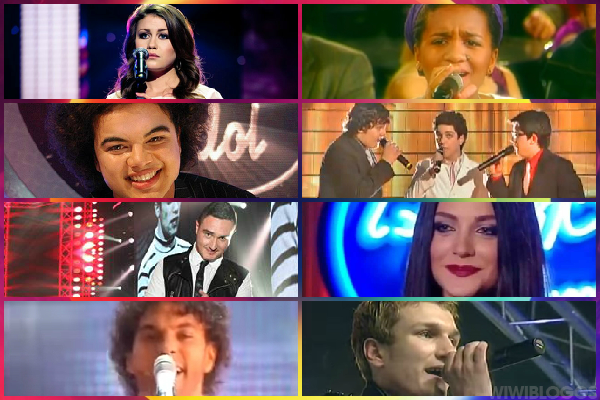 Valentina Monetta is big chapter 4 Mr. Ralph Siegel of course.. 🙂
All of her entries were charming…Yeah even her fb ”stupid” silly song..<3 🙂
Possibly her 4th entry when she is about to compete again in Vision will be penned/composed by Ralph again.. 🙂

if the tolmachevy sisters sang Germany 1982 in Russian and English for the premiere of Late Night with Steven Colbert on CBS This Upcoming September 8, i’ll act like Seu Madruga.

Any reason for the Czech Republic in particular? I’m impressed at Ralph Siegel’s ability to participate in so many countries, in a fair number of languages. It would be interesting if this somehow led to more votes for San Marino in May, haha…

I think we can all agree that Valentina was the best Sanmarinese representative ever, because of two words, Crisalide and also Final.

Oh, come on! Val is by far the best SM artist!