It’s one of the longest-competing nations in the Eurovision Song Contest — and one that has experienced plenty of ups and downs in its decades of participation.

But since 2015 Belgium has emerged as a rather strong competitor, making the final three times in a row — and placing in the Top 10 every time and in the Top 4 twice. Belgium is definitely a little country that can.

At Eurovision 2018 Flemish broadcaster VRT will strive to continue the country’s string of successes. They’ve already announced that there will be an internal selection to choose the perfect artist. And with that in mind we thought we’d drop six names we’d love to see on that grand stage in Portugal.

Eighteen-year-old Emma Balemans — a.k.a. Emma Bale — has already endured one televised singing contest. She rose to fame via The Voice Kids in 2014. She doesn’t yet have an album out (but neither did Loïc, Laura or Blanche when they sang at Eurovision). But she does have a few strong singles under her belt, including a very popular cover of “All I Want”, originally performed by the Irish band Kodaline. Her highest-charting song so far is the dreamy “Fortune Cookie”, which featured Belgian artist Milow (more on him below). It hit number one in Flanders.

Her latest single “Worth It” shows a real maturation of sound as she flirts with dance and electronic. The other-worldly music video proves she can handle drama and isn’t afraid of putting herself out there creatively.

Belgians first knew him as an actor, as he played the role of Kevin in Wittekerke, a popular soap opera in Flanders. But in 2006 the public started to see him in a new light when he participated in the nationally televised show Steracteur Sterartiest, which had actors singing in the name of charity. Stan won the show with the song “Scars” which went on to top the charts in Flanders.

A recording contract with EMI followed a few weeks after the show. Since then he’s released six studio albums, including the self-titled Stan Van Samang which hit number one last year, and Liefde voor publiek, which also hit number one and went 5x platinum.

Our readers may remember him best for his moving performance of “Little moon rises”, sang with Blanche, during the March memorial service to mark the 2016 attacks in Brussels.

Any internal selection should consider artists with a real thirst for Eurovision. Cue Belle Perez, a Belgian singer with Spanish roots who tried to represent Belgium at Eurovision on two occasions — in 2004 and 2006.

She may have come up short at the national pre-selection, but she’s gone on to achieve quite a bit. The 41-year-old is now a relatively known artist and has had a string of hits in the country. In 2006 ‘El Mundo Bailando’ hit number one in Belgium, and reached number seven in The Netherlands. A Belgian singer with a distinct Latin vibe singing in Spanish? Yes, please!

Flemish indie-pop band Bazart consists of Mathieu Terryn, Oliver Symons, Simon Nuytten, Daan Schepers and Robbe Vekeman. And they have strong connections to the world of Eurovision. Mathieu participated in Eurosong For Kids 2005, the preselection for the Junior Eurovision Song Contest that year. Oliver did the same in 2008. He won the preselection with his song ‘Shut Up!’ and had the right to represent Belgium at the Junior Eurovision Song Contest 2008 in Limassol, where he came eleventh.

Needless to say they’ve developed their own voice since then. The band made their debut in 2012 with an EP called Meer Dan Ooit, and they followed that up with a second EP called Bazart. Among their hits are “Goud”, “Chaos”, “Nacht” and “Lux”. They’ll perform those and others at festivals throughout 2017.

It just takes one song to catapult someone into the spotlight. And so it went for Milow — real name Jonathan Ivo Gilles Vandenbroeck — who struck it big with “You Don’t Know” — the fourth song on his 2006 debut album. It went on to become one of Belgium’s biggest hits of 2007.

He’s also tasted international success thanks to his cover of “Ayo Technology”, which 50 Cent recorded with Justin Timberlake and Timbaland for his third album Curtis. It hit number one not just in Belgium, but also in The Netherlands, Sweden, Denmark and Switzerland. It also cracked the Top 10 in Germany, Spain, Austria and France.

His voice has a warm and mellow quality, with just the right amount of grit. Sweet yet sexy, it would translate well across borders.

To mom he’s Paul Van Haver. But to pop music fans he is Stromae — a Belgian pop star with Rwandan roots, an international sound, and a massive profile. The 32-year-old shot to fame with his song “Alors on danse”, which hit number one in several European countries and has been viewed more than 108 million times on YouTube. His 2013 album Racine Carrée was also a smash, topping the charts in Belgium and France.

But he’s not just a regional artist. His song “Meltdown”, which featured Lorde, appeared on the soundtrack for The Hunger Games: Mockingjay — Part 1. He’s also made major in-roads in the United States, having performed on NBC’s Late Night with Seth Meyers and at Coachella. He was also the very first artist performing entirely in French to sell out Madison Square Garden in New York. That’s major.

Belgians already see him as something of a national symbol. In 2014 his song “Ta fête” became the official song for the Belgian national football team at the 2014 World Cup.

What do you think? Do any of these acts strike your fancy? And who would you like to see on the Eurovision stage for Belgium? Let us know in the comments box below! 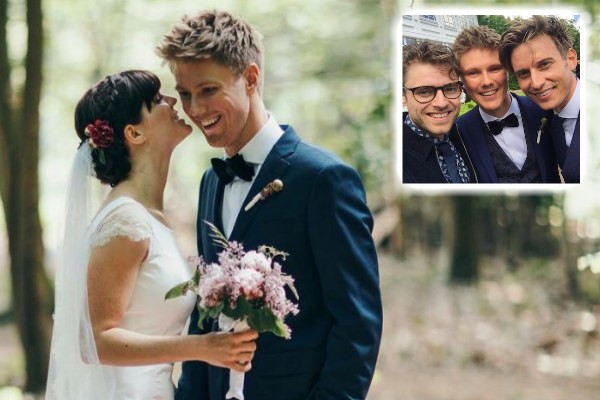 Stromae is too big for Eurovision now, but he would win it without even moving a finger. Oscar & the Wolf are quite good too!

I think it’s going to be either Natalia (who is sadly not on this list) or Emma Bale. Natalia has a real diva-vibe around her but Emma has a Blanche like presence which Europe liked apparently. And if Emma is chosen she will be the sixth Belgian entry in a row who has participated in the Voice. Now you know how to get into Eurovision…

The contestant will be: Thijs Antonneau.
Mark my words 😉

i know it would never happen but i’d die if triggerfinger would ever go to represent belgium. more bands at eurovision please!!

Too bad Stromae quit making music, so he won’t be it for sure!

Emma Bale just released her new single “Curaçao” which is an island but also means “healing” in Portuguese. Coincidence?

“Coração” means “heart” in Portuguese. I had no idea about Curaçao meaning “healing”, so it’s probably Creole Portuguese from the Caribbean.
In Brazil, they say “cura” for “healing”.

No wonder why I always felt a Caribbean vibe when I listen to it.

Man, if I had to take one of these, I would just go to Stromae. Sorry for the others, I guess they are pretty talented

Yay for Bazrat. Some indiepop would be great!

Or what about some great Belgian rock? Would love that 🙂

I am a big fan of Bazart. I already saw them 3 times live and they are just so good (live). I think they could add a new type of songs/style in eurovision. If we ever want to sing in Dutch at Eurovision, we should pick Bazart. The others are also really good but I honestly don’t think that they want to go to eurovision because they don’t need it or have other goals. I think that there’s a big chance that they will select a relatively unknown artist who has probably participated in ‘The Voice’. If I can offer… Read more »

Ozark Henry and Tom Helsen were involved in the VRT selection process 2 years ago… I wouldn’t be surprised if one of those will be selected.

YOu have no idea how much I love Emma’s music!!!
Don’t forget rising-star Billie! Love kills slowly!

Stromae is amazing, Milow meets the definition of disposable pop.

oh Stromae is the king. They will only send him if they want to go nuclear.

Since it’s the Flemish broadcaster’s turn, I’d say that it’s unlikely we’re gonna see a Walloon/French-speaking singer representing them. So Stromae looks unlikely (as if he was ever considered a likely entrant).

My wish would be Selah Sue. She’s Flemish, hasn’t released music in a few years, and cowrote the 2016 entry. The fact that it’s an internal selection makes the situation even more likely for a known name to be selected.

Yes. Selah Sue. No “Belgique” in 2018.
I think they’ll pick someone from The Voice again (or another similar TV show). However, the song is what matters the most.

Aye. I wish she had gone to ESC last year and sung that song herself.

If not Selah Sue, Stromae is also capable of keeping Belgium in the top 10.