Last month Belarus broadcaster BTRC confirmed that electropop duo VAL would not receive the return ticket to Rotterdam. Now the broadcaster has opened submissions for its 2021 Eurovision entry. But this year Belarus won’t be holding its iconic live auditions — and the broadcaster hasn’t confirmed how the winning act will be selected.

In a news broadcast on Belarus-1, BTRC announced that singers and bands of up to six people have an opportunity to submit their songs to the broadcaster’s website until 31 January.

However, the hopefuls cannot just submit a polished studio recording. Rather, the Belarusian broadcaster is asking them to submit live performances of their songs in order to gauge the talent on offer.

With that, BTRC is axing its legendary live auditions. From 2015 to 2020, Belarus’ Eurovision hopefuls had to perform their songs live at a BTRC studio, which was also live-streamed to the outside world.

As the broadcaster let all applicants audition, over the years fans have witnessed a good variety of musical acts from Belarus. Ranging from local village choirs to garage rock bands to one man once bringing in his real-life goose, the Belarusian live auditions brought endless joy to Eurovision fans throughout its era of existence.

After the submission window is closed, a small panel made up of experts will decide on the fate of the potential entries. Due to the current pandemic, the broadcaster reports that the format of the selection is still up in the air. This might mean that there could be no national final at all.

For their Junior Eurovision selection, Belarus went internal for the first time in that contest’s history. But for selecting their Eurovision entry, Belarus has only gone internal twice before, in 2010 and 2011.

Additionally, the Belarusian edition of the Sputnik news agency reports that both Belarusian and non-Belarusian citizens are allowed to submit entries. All entrants can only send in one song.

What do you think? How should Belarus select their act for Rotterdam? Who would you like to see entering the national final? Tell us your thoughts below! 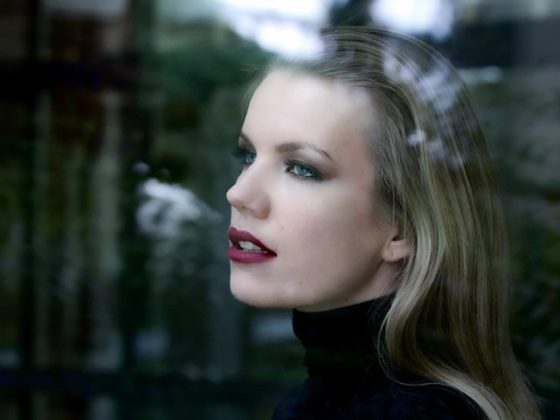 Well, I dunno his loyalties (didn’t ask, don’t plan to), but check out who I got to judge for Belarus!
https://www.youtube.com/watch?v=J7kN-sUIphY
(Specifically Soroka)

I feel so sorry for Val.
Belarussian broadcaster is awful.

i know, right. i am really mad. I will send a mail to EBU and ask if they can DSQ Belarus. I think all here should send one. This time it have gone to far. Its not about the music anymore in Belarus. Its who LOVE the dictator the most. If you dont love him, your sent to prison or exiled.

Making an internal selection pick while the dictator has single digit support. What a coincidence.

Artists who send in songs when the dictator is in charge will be HATED. Free Belarus

ps if someone want to know: i was blocked from a PRO- Lukasjenko artists instagram,, Alonya Lanskaya. I asked her why she did release ai PRO Lukasjenko song. She did not approve

Still salty about not letting VAL participate…
but good luck ( i guess ) to Belarus,
even though i dont support their government.

Non-Belorussians are invited because…? Belorussian artists wouldn’t want to represent because…? Live performance as submission criterion? That sounds so expensive.

it is going to be another kitsch disaster – guilty pleasure.

Let’s see how it turns out politically in May.

How do you have DQs when there is only one song out?

If you’ve got insider details on San Marino SPILL

It’s a shame EBU invites a regime that is torturing their people and put all political opposition in prison to use Eurovision as a platform. EBU has no values just empty talk.

i was going to upvote your comment, but i guess we should wait for the actual entry first. if it’s not some ‘i love belarus’ propaganda stuff again, it could well end up being a song that actually represents belarus and not just its dictator.

The EBU didn’t do nothing about all the scandals of that other dictatorship called Azerbaijan so this is just more typical behaviour from the EBU.

Belarus has such colorful method and i like it 🙂

The relative success of Aliens at JESC suggests that BTRC might be onto a qualification strategy if they go internal (no chance they’re winning in 2021 short of submitting Euphoria 2.0)

This is such a outdated cringefest lmao. I’m expecting mad lyrical cliches

Sadly, that possibility just ceased to exist once VAL openly supported the protests against Lukashenko. Current BTRC is just a propaganda outlet of his regime.

NAPOLI blew all her NF attempts out of the water with her Turkvision song. She brings that kind of energy here, she could finally get that ticket. But f*ck Lukaschenko and kudos to the Belarusian acts/commentators past and present who’ve spoken out against him. It’s a real shame that any act picked to represent them is only going cuz a propagandistic TV channel is footing the bill.

I agree, Napoli is really good here. As someone who criticized her BLR NF songs, I have to say that this is on another level. She’s certainly a viable candidate. Another one is Angelika Pushnova, who tried so many times, only to have her weakest song to date selected for the finals last year. But she can deliver a great performance. So can Napoli, but if the song is in English, I’d go with Angelika (Olga needs to work on her accent). In any case, the two really tried hard many times, so who knows – maybe it’s their lucky… Read more »

I hope NAPOLI could send that song without revamping it into English.

Napoli supports the regime just so you know

Where’d you see that? I looked at her Facebook and didn’t see any pro-regime stuff.

Not sure about that, while she has been quite silent since the beginning of the protests, back on August she did post on Instagram about stopping the repression and the violence carried out by security forces. Although that statement was really ambigious, so in the end, it wouldn’t surprise me either.

I won’t lie – I love iconic Belorussian auditions, for the right and for the wrong reasons. Songs like Kinky Boots and Potato aka Bulba are gold! 😉

I hope they will still have a national final.

If they go internally, I call it now – It will be an attempt of A Million Voices / What If, but musically not nearly as good and sung in broken English. Please, prove me wrong. 😉

they should get one of those sammarinese robots from 2018, so brainwashing service won’t be required

Will contestants have to answer the very uncomfortable question about supporting Lukashenko before getting accepted?

In that case the contestants could ask Jamala. She is the expert for such kind of questions.

It’s obvious they’re going for internal selection and from their point of view, it’s probably for the best. The dictatorship’s broadcaster just can’t hide the fact that a fair selection process is never going to happen. Live-streaming and live-auditions adds the possibility of scrutiny and criticism from Belarusians and Eurofans abroad, something a dictatorial regime with absolutely no popular support or legitimacy just can’t afford to have.

At this point, it will probably someone who has kept silence since the protests began or just simply a full blown pro-Lukashenko stooge. Placing my bets on Alyona Lanskaya.

Lukashenko didnt like her haha, thats why she was rejected in 2012 after she … + Belarussian broadcaster didnt like her as well …I think it might be – I love Belarus singer from 2011

Lanskaya has become a pro-Lukashenko cheerleader ever since the 2012 rigging fiasco. Just check out her social media, you can see her giving concerts at pro-Lukashenko rallies across the country, appearing in the programs of the state broadcaster, recording propaganda songs or simply just participating in the rallies herself, holding the Belarusian red/green flag, which has now become a symbol of the status-quo and of Lukashenko’s regime.

i was blocked from her instagram. she have released a pro Lukasjenko song

Alyona? don’t forget about AURA (as long as the song won’t be sth like their mess from 2020 I’m musically fine with them going) or Janet…

she already said she’s not going to do it again.

In that case, could be AURA or Janet. They’re also very pro-Lukashenko. Ruslan Alehno is one as well, who knows, it might happen. Not that many people to choose from anyway.

So… Kirkorov party it is.

I’m putting Eurovision: A Second Opinion on again for 2021 and I’m really hoping I can find a non-stooge Belarusian singer to vote on their behalf. If the FB/Insta account has the liberation flag, all the better, but of course Eurovision and events like Slavianski Bazaar are my biggest points of reference so who knows?

So far there have been just a few Belarusian NF artists who have explicitly endorsed Lukashenko: Alyona Lanskaya, Ruslan Alehno, AURA, Janet. The list is short.

However there are lots of other artists who have kept silent since the protests, this means we don’t know their true position on the issue or simply they don’t wanna take the risk and alienate the wrong people. Here we found the likes of Koldun, ZENA, Teo, Angelika Pushnova, Nastya Glamozda, Anastasia Malakshevich, Provokaciya, and many others.

It’ll probably be someone who’s kept quiet. BTRC obviously can’t select artists like NaviBand and VAL who took a stand against Lukashenko, but they’ll likely not want to alienate fans and the wider public outside Belarus, who’ll be the voters and who are unlikely to support Belarus.

*unlikely to support Lukashenko rather

As much as y’all like to drag Belarus, their selection sometimes has absolute gems. I point to Burning Again by Nastya Glamozda, Forever by Alekseev (in studio track), Cicha by Pauline, Hmarki by SHUMA, Humanize by Michael Soul, Champion by BLGN & Mirex, and Blazing by Viola. So I’m looking forward to this.

Last edited 1 year ago by Ashton
15

We’re not dragging Belarus or its people, we’re dragging their dictator and his propaganda of a broadcaster.

Yeah, this is out of love for Belarus and its people

To be fair… most of it was and that’s partially why these auditions are so entertaining. 😉
Still, I did find some good songs there as well – Michael Soul’s Humanize in 2019, Kattie’s Wild Wind in 2017 or Adagio and Shuma in 2018, to name a few. I really liked Naviband in 2017. Alekseev’s Forever also wasn’t bad. So, it’s not *everything* by any means. But we do get a lot more, shall we say, unedited process compared to most other NFs. 😉

I still listen to Hmarki and Humanize to this day, they are so good and deserved to win their respective national finals.

Aly Ryan won’t shill for Lukashenko. I think that’s her line in the sand.

still she also won’t take a stand against him, since, as we know, aly ryan only cares about one person in the whole wide world, which coincidentally also happens to go by the name ‘aly ryan’.

just wait for it … next week, she’ll ‘surprise’ us all with her newly discovered belarussian ancestry. 😉

Last edited 1 year ago by Nils
0

I hope and pray that Helena Meraai has a song ready for that event because she is amazing.