Every day until December 24, we’re stuffing your stockings with a new Eurovision poll and asking for your opinion about important matters such as who had the best tree backdrop in 2015 and which national final you are looking forward to the most. Consider this our advent calendar for 2015. Whether you celebrate Christmas or not, you can let us know your thoughts each and every day by casting your vote and sounding off in our comments section. There’s only seven days left, so let’s jump to today’s poll!

The new Eurovision season officially started in September and so far eight countries have announced their representatives for 2016. However, we’ll have to wait until December 27 to hear the first song, when Albania chooses their entry from Festivali i Këngës 54.

But which song from the already announced artists are you looking forward to the most? Vote for your favourites by clicking their names in the poll, then press submit. You can vote for as many artists as you like, but you can only vote once.

Just a day after announcing that they will return to the contest, Bosnia and Herzegovina announced their representative for Stockholm on November 25. Their 2004 singer Fuad Backovic-Deen will make a comeback and sing with singer Dalal Midhat-Talakic and cellist Ana Rucner. Their song will be revealed in February.

23-year-old Douwe Bob will sing for The Netherlands in 2016. When wiwibloggs spoke to Douwe Bob in October, he said he thought he had the perfect song for Eurovision. His song will be revealed on March 2.

Three-piece boyband Highway will sing for Montenegro in 2016. They will be joined by former No Name (ESC 2005) member Bojan Jovovic. The exact date for the song reveal hasn’t been announced yet.

Armenian-German Iveta Mukuchyan will represent Armenia in Stockholm. Armenian broadcaster AMPTV invited songwriters around the world to submit a song for Iveta.

Macedonian superstar Kaliopi will also make a comeback, after last singing for the country in 2012. Like her previous entry “Crno i Belo”, the song will once again be written by her ex-husband Romeo Grill.

Minus One, a rock band from Nicosia, was chosen internally to sing for Cyprus. They already took part in the Cypriot selection in 2015 with “Shine”. Their song will be co-written by Thomas G:son together with the band.

Georgia’s act is the newest addition to the list. Indie rock group Nika Kocharov & Young Georgian Lolitaz will represent their country in Stockholm. Georgia also has an open call for the songs and five of them will compete in national final.

Sergey Lazarev has been among the rumoured acts many times, but now he is officially singing for Russia in Eurovision. Sergey has quite a team behind him — producer Philipp Kirkorov, songwriter Dimitris Kontopoulus and choreographer Fokas Evangelinos. The Russian version of the song is set to be released before the new year. 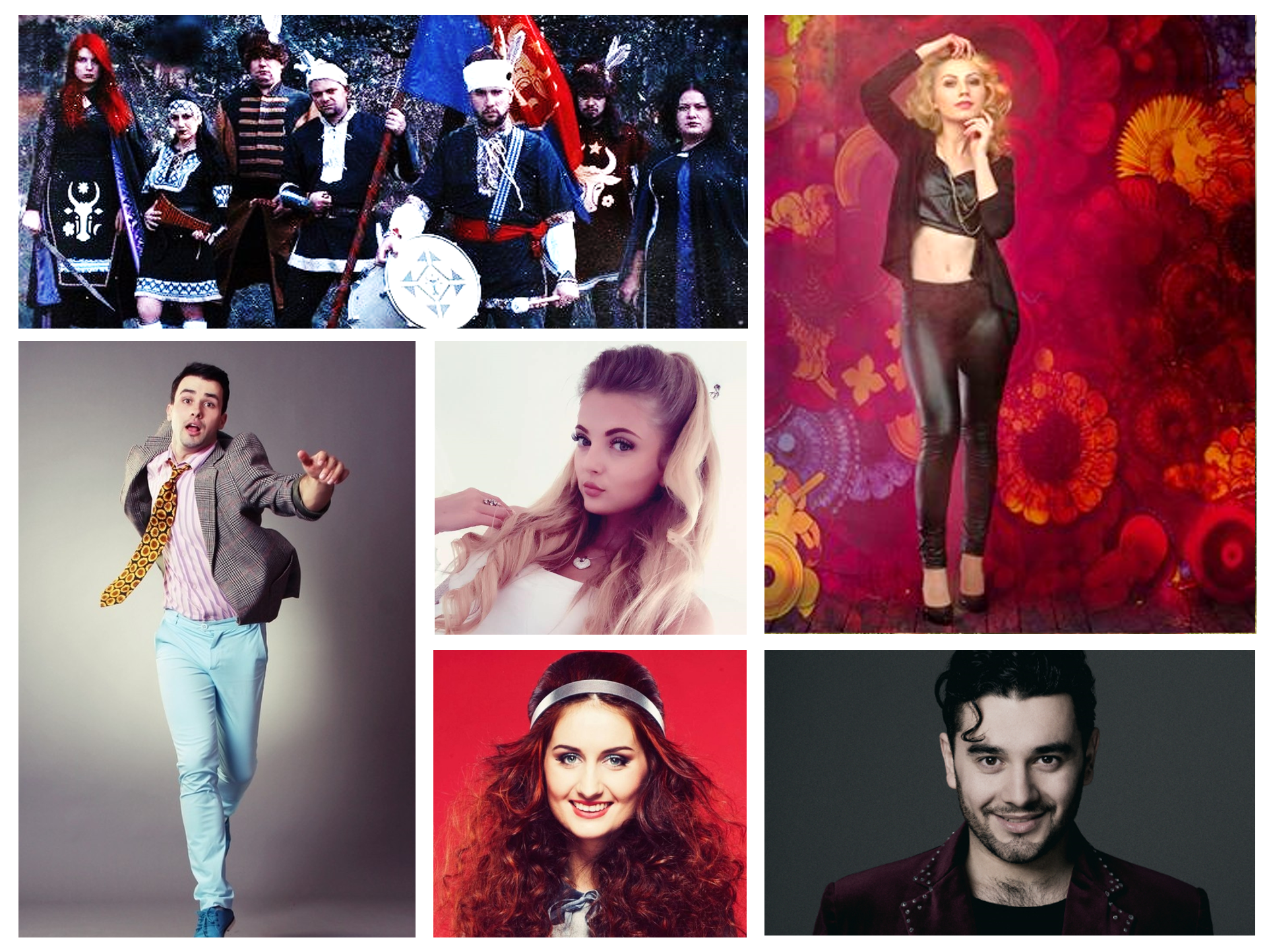 Douwe, Kaliopi and the Bosnian act

Kaliopi for sure! Then Douwe Bob (a bit of country is never too bad!).

Sergey and Iveta. They should get married, they would make a gorgeous couple.

Most excited about Sergey, he definitely has potential to win.
Btw I’m saying this as a Western European 😉

I’m curious for Bosnia & Herzegovina, because it could either go really well or really bad. Also Georgia, though in their case I’m almost sure everybody will hate them, but I might like it, just like in 2014, same for Montenegro.

But Sergey gets my vote, really looking forward for his song, I just hope it will be a good one!

I have to be very excited for Kaliopi!!!! Macedonia,if you want to qualify to the final again this is the woman you need to call!!!!! I know that there are lots of eurofans that love Sergey but Kaliopi is the real deal yall! She seems familiar to us,she slays a song about everything being black and white—SHE IS EVERYTHING!!!

Sergey & Douwe (since I´m curious to our Dutch entry :P)

lol at all the Russians voting for Lazarev. No to a Russian victory!

Kaliopi. She is one of the best singers in the whole world. Her attidude and charisma are almost scary, ’cause she is so amazing and talented. Her songs like Crno i belo, Mojot Dom and Pozeli rocks! She is at her best when she sings a rock ballad, so i’m hoping for that. Skopje 2017!

I’m really curious if Armenia will choose a good song cause as someone wrote at YouTube a great dance-song with Armenian folk elements would have winning potential for sure. Sergey has good chances too, i liked 7 wonders.
And as an artist I’m happy for and about Kaliopi!

I’m most excited for Kaliopi as an artist, but the way Sergey Lazarev has been talking about his ideal entry describes exactly what I’ve been screaming at Russia to do since “What If.”

I’m most looking forward to Kaliopi and Douwe Bob but I am also interested in the others, especially Iveta and Sergey.

Excited for Sergey Lazarev and Iveta!

Russia and Armenia probably have the best chance so far, probably have best songs and stage production. Douwe Bob looks the worst while minus one and highway are really disappointing too.

Kaliopi and Iveta are the only ones i’ll look forward too.

God….. what did Russia, Cyprus and Georgia send xD

I’ll expect Sweden, Armenia, The Netherlands and Ukraine fighting over the title this year.

Of all those artists announced, Sergej Lazarev and Kaliopi are the best while Douwe Bob and Iveta Mukuchyan are the worst!

I am excited for all of them tbh. I can’t really decide.
But I am really looking forward to what Dalal, Deen and Ana will bring to Stockholm 😀

Best are every rock and indie-rock bands, it seems, that Stockholm will be the best edition in the history! Kaliopi is of course perfect return, Douwe Bob will bring quality. Bosnian trio is strange, I saw Deen’s performance in 2004 and it was too gay, I don’t like this style. It is the reason, why I am not satisfied with Sergey from Russia. Man should be man, not something between. Worst choice is Iveta for Armenia, it will be typical Eurovision performance and song (female with dance-pop) and people are not interesting in this style in 2016 more.

Kaliopi and Iveta for sure!