What we said: Margaret Berger and Loreen have been the darlings of a certain demographic within the Euro-fandom for quite a while. Their sophisticated, innovative, ethereal brand of electro-synth pop has rarely disappointed. But now they’ve a rival in the shape of Lithuania’s Monika Linkyte. Fresh on the heels of the sublime “Po Dagnum”, this marks a real progression in sound, and we’re rul excited. The understated beats allow the focus to switch to Monika’s on point vocals. The verses build to a truly soaring chorus. And we cannot lie – when we realised that “Aitvarai” means kites a little squeal escaped. (Padraig)

What we said: No one does music videos like Svetlana Loboda. No one! For her latest, we see Ukraine’s 2009 singer star in scenes of hedonism, debauchery, and criminality. There are snakes in a bed, full-frontal male nudity, sharks, and public urination. A woman is terrorised in a bath. Another falls off a roof. You have to watch it, in order to appreciate the levels of bizarre. And if you think it looks a little familiar, Rihanna released her“Bitch Better Have My Money” over a month later. Make of that what you will. As for the song, it’s pop perfection as usual. Pulsating beats, powerhouse vocals and a killer chorus. (Padraig)

What we said: Not qualifying for the Grand Final last May only seems to have driven Leonor forward. She’s hit the studio and serves us outstanding vocal technique mixed with some electronic deep bass. It’s an innovative style, which many Portuguese Eurofans will likely want to hear on the European stage in the coming years. Throw in a bleeding heart and lyrics that smack of disappointment and hurt, and Leonor just mesmerizes! Sorry to say it, but, baby, we love to see you in pain. (Diego)

What we said: The track opens with a crescendo of strings and percussion, before Skaat commands “don’t stop”. He’s been dumped, and is beyond the point of caring. An ice queen has left him numb, but he’s never been better. His drive and determination to move on is infectious, giving an added impetus to what could have been a morose lament. But wait until you see the music video. Everything takes on a whole new meaning! Our bold Harel is engaging in some ménage à trois action with what appears to be a male underwear model and a manic pixie dream girl. Isn’t it well for some! (Padraig)

What we said: More upbeat than “A Monster Like Me”, the song builds steadily before reaching an epic final chorus — all driven by Mørland’s haunting vocals. Modern, catchy and surprisingly moving, this song is all kinds of amazing. (Ramadan) POLL: Which Eurovision 2016 artist are you most excited about? 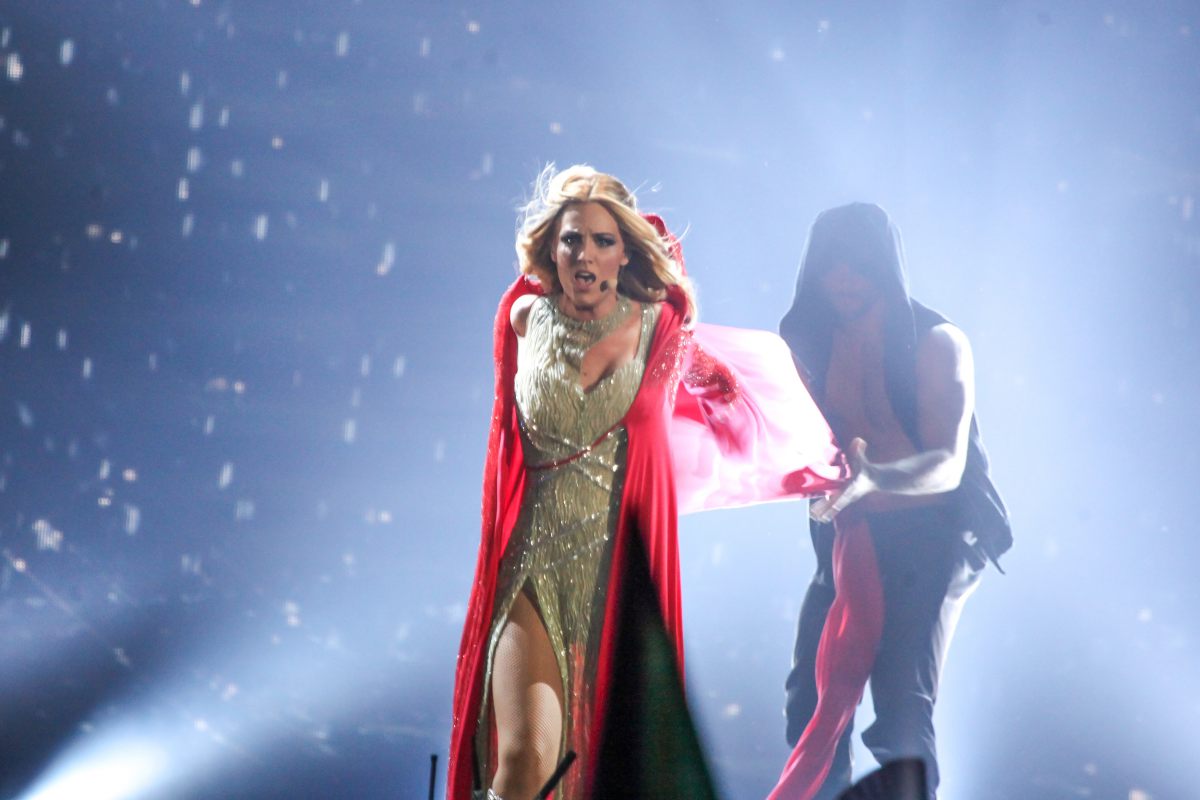 Spain: Six acts will take part in the National Final

like them all, nice try Wiwi.
Monika is still a bit too conceptual, though.

I love Pora Domoj. Svetlana is amazing singer and she is really charismatic. Her videos are always suprising and fun, AND this is her best song.

These five are all incredible, especially Leonor!